This morning’s release of initial jobless claims marked the first time that claims were below 1 million since the week ending March 13th (21 weeks).  Jobless claims fell 228K to 963K compared to expectations of a much smaller drop to only 1.1 million from 1.19 million last week.  This week’s 228K decline was a slightly smaller drop than the prior week’s 244K decline but remains a much larger improvement than what was observed through most of June and July. Overall, claims are certainly on the right track with the first sub-1 million milestone now in the bag, but the 963K initial claims filed in the past week is still a historically elevated level higher than anything observed prior to the pandemic. 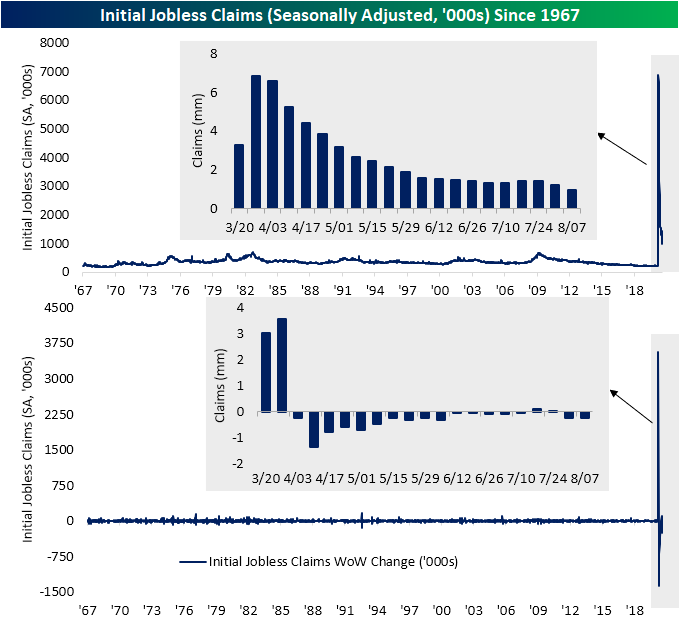 On a non-seasonally adjusted basis, this was actually the second week that claims were below 1 million with last week’s reading of 988.3K and this week’s 831.9K.  This decline comes with the seasonal tailwind that claims typically decline from early July through September. 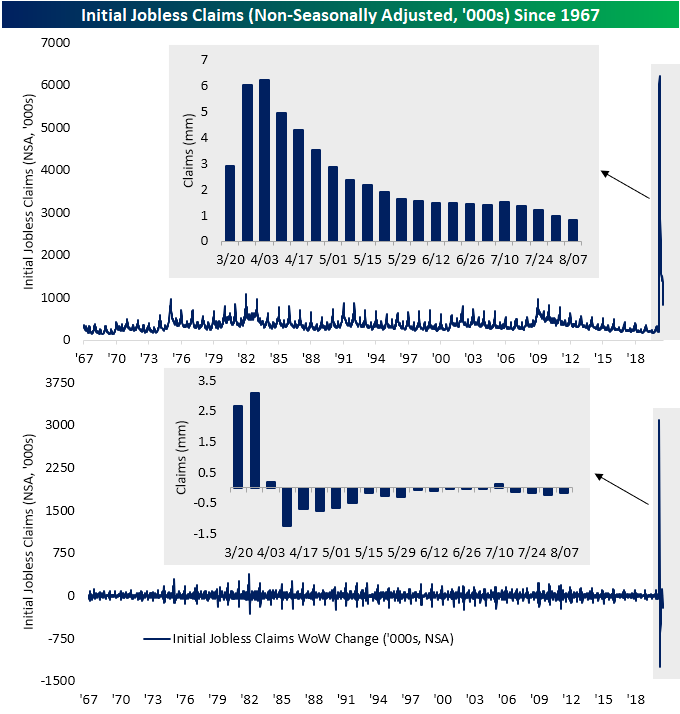 Continuing claims are echoing the continued improvements in labor data with another decline of 604K this week bringing the seasonally adjusted number to 15.486 million. That leaves continuing claims at the lowest level since the first week of April.  Again, as is the case with initial claims, continuing claims remain historically high but are headed in the right direction. 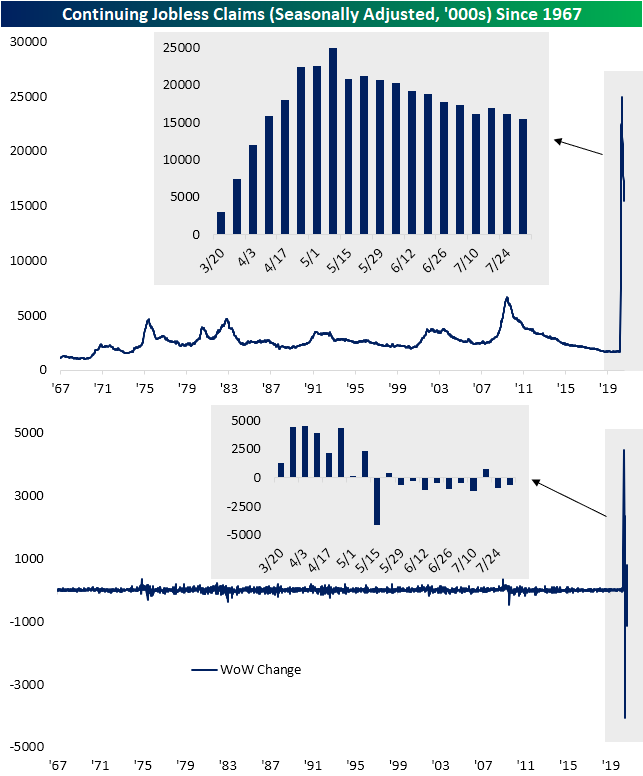 Not only is the headline number of claims improving but so are claims for Pandemic Unemployment Assistance (PUA).  Initial claims by this measure fell from 0.66 million to 0.49 million this week. These are some of the lowest readings since the program began in mid-April. That brings the total between NSA claims and PUA claims to 1.32 million. While lagged an additional week, continuing claims for the week ending July 24 (26.6 million) were the lowest since April 24th, and for PUA claims in particular, it was the lowest reading since the end of May. Start a two-week free trial to Bespoke Institutional to access our interactive economic indicators monitor and much more. 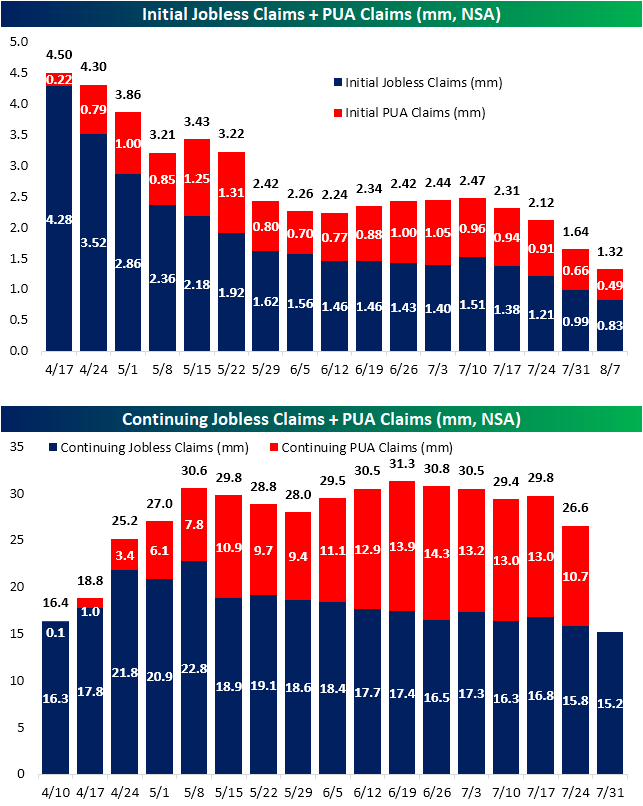