Jobless Claims Back to Seasonal Norms

Initial jobless claims disappointed this week rising to 373K versus expectations of a reading 23K lower. Not only was this week’s print higher than expected, but last week’s number was revised up from 364K to 371K.  Even though last week’s data was not as strong as it originally appeared to be and this week marked a slight worsening, taking a step back, claims are still at some of the lowest levels of the pandemic and only around 160K above pre-pandemic levels. 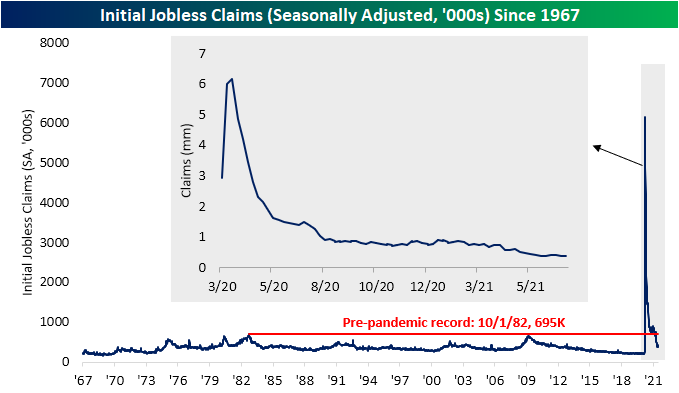 On a non-seasonally adjusted basis, claims were again slightly higher rising from 366.5K to 369.7K.  While higher, given seasonality trends, this was a notable move.  Since 1967, the current week of the year (27th) has only seen UI claims fall week over week once.  That decline came last year when claims were coming off of historically elevated levels. While initial claims returned to the usual seasonal pattern this year, it wasn’t by much.  Outside of last year, for the 27th week of the year, this past week saw the smallest increase on record. 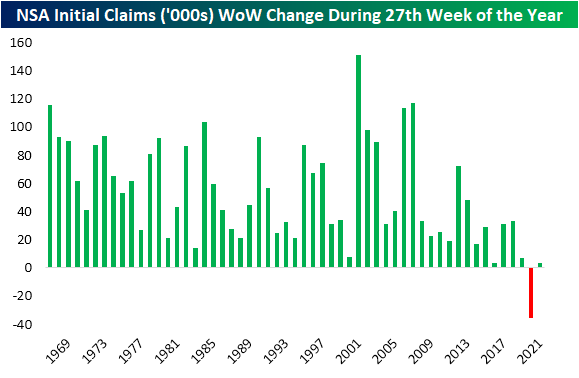 Turning to the impact of Pandemic Unemployment Assistance (PUA), claims fell back below 100K this week as a handful of more states withdrew from the program.  Total claims between the two programs summed to 468.7K this week, dropping week over week but still above the low of 435.8K from the first week of June. 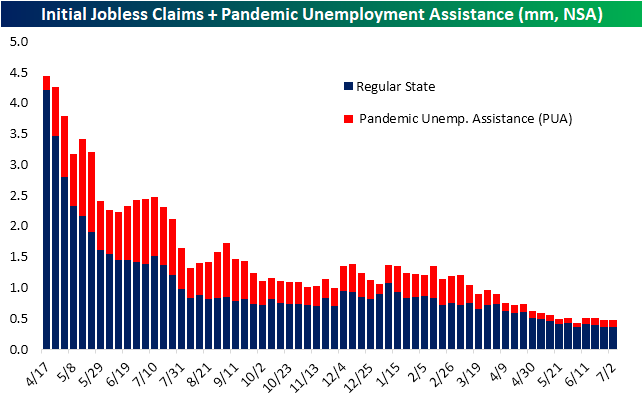 While initial claims disappointed, continuing claims fell week over week and came in below the forecasted reading of 3.35 million.  Claims this week totaled 3.339 million, setting a new low for the pandemic which is around twice as high as pre-pandemic levels. 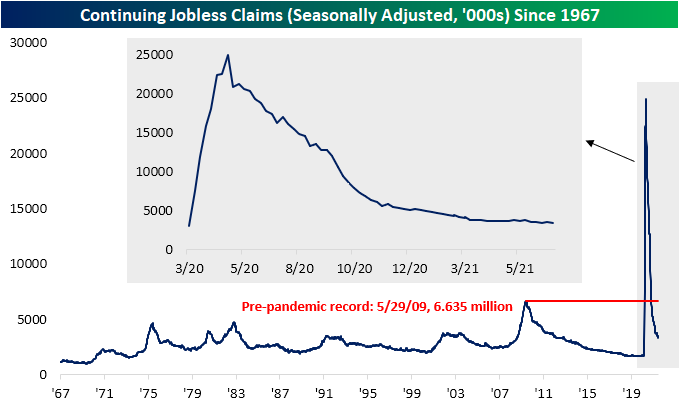 Including all programs into continuing claims counts creates an additional week’s lag in the data meaning the most recent reading is through the week of June 18th.  On a combined basis, continuing claims have continued to improve putting in another low at 14.23 million.  While they remain the two largest programs accounting for the highest share of total claims, significant declines in PUA and PEUC programs drove that overall decline, offsetting a 53.1K increase in regular state claims.   Click here to view Bespoke’s premium membership options. 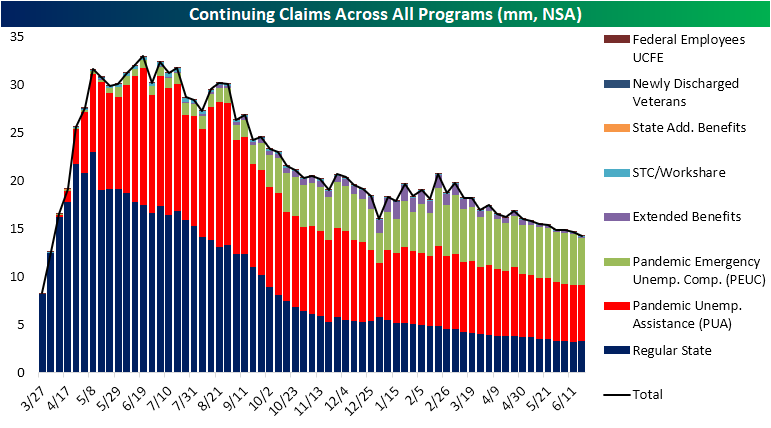 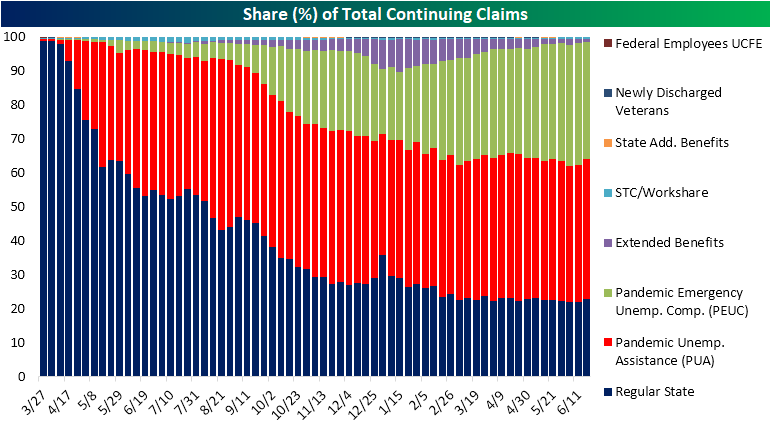