Jobless Claims Back to Pandemic Lows

Initial jobless claims fell to 364K this week from last week’s upwardly revised level of 415K (originally 411K).  That 51k decline was the biggest one-week drop since a 156K decline between the first and second week of April.  Additionally, this week’s print leaves claims 10K below the previous low of the pandemic. 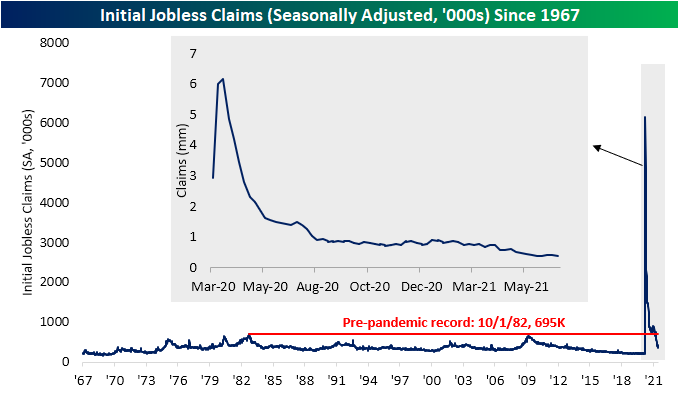 On a non-seasonally adjusted basis, claims were likewise lower falling from 397.4K to 359.1K. It is somewhat unusual for the current week of the year to experience a decline as historically it has seen claims rise three-quarters of the time.  While regular state claims were lower, PUA claims rose for a third week in a row.  Rising to 115.27K, PUA claims are at the highest level since the week of April 23rd.  In spite of the two programs having moved in opposite directions, the drop in regular state claims was larger as total combined claims fell back below 500K and are roughly 40K above the low of 435.8K from three weeks ago. 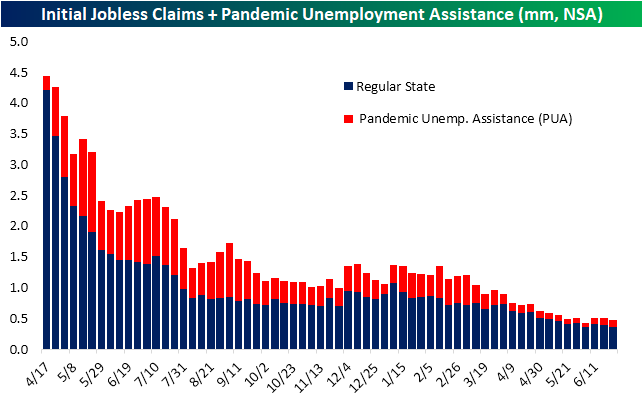 Continuing claims were once again not as strong as the reading continues to flip back and forth between increases and decreases week to week. This week saw a small 56K uptick which left seasonally adjusted claims at 3.469 million.  While higher and 56K off last week’s low, claims remain at a healthier level than the rest of the pandemic. 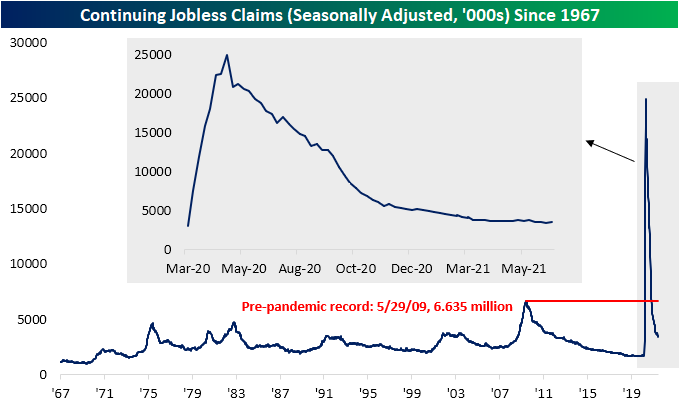 On a non-seasonally adjusted basis and including all other programs through the week of June 11th, claims fell from 14.87 million down to 14.68 million.  That marked the seventh week in a row that total claims across all programs fell week over week.  The Extended Benefits program was the biggest contributor to that decline as the program saw 86.82K fewer claims than the previous week. Regular state programs were the next biggest contributor to the overall decline with claims dropping 64.7K.  With the consistent declines in regular state programs, pandemic era programs (PUA and PEUC) now account for 76.3% of all continuing claims. That share is likely to drop in the coming weeks though as there will be an acceleration in states withdrawing from those programs which will begin to be reflected in this data. Click here to view Bespoke’s premium membership options for our best research available. 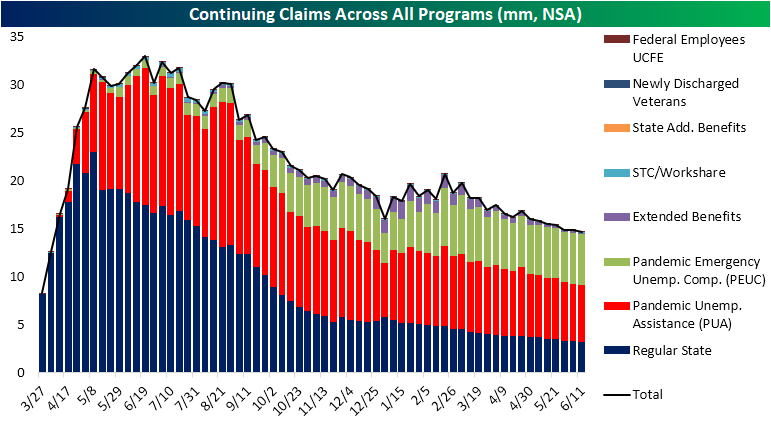 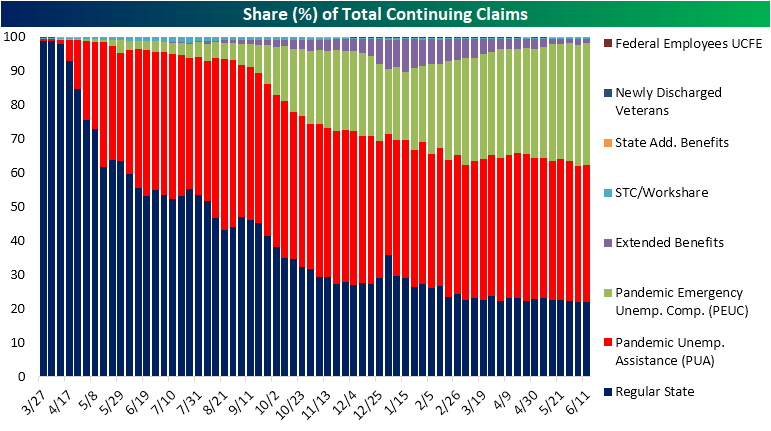