Jobless Claims Back Above 1 Million

Last week, initial jobless claims came in below one million for the first time in 21 weeks.  Even though another sub-million print was expected, claims actually saw a dramatic increase rising to 1.106 million.  The 135K increase week over week was the biggest single-week increase of the pandemic excluding the first two enormous jumps in the second half of March; both of which were increases of over 3 million. Even though that is a big jump from last week, the actual level of claims remains around some of the lowest levels since the pandemic began. In fact, despite the large increase this week, claims are still lower than they were two weeks ago. 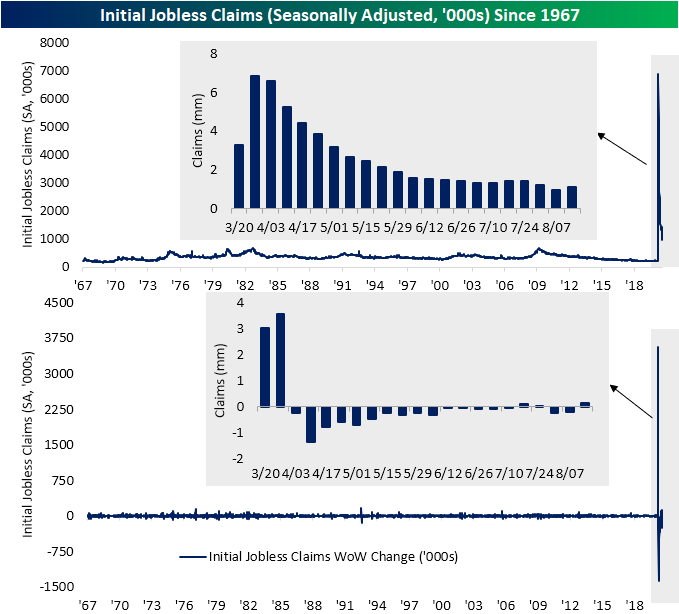 On a non-seasonally, adjusted basis claims were 891.5K this week. That actually marks a third straight week with claims below a million as the level of this reading continues to offer a bit more of an optimistic view than the seasonally adjusted number. Although NSA claims remain around the lowest levels of the pandemic, there was not an improvement this week.  The 52.8K increase week over week was the first rise in four weeks and was the third-largest increase since the first week of April. 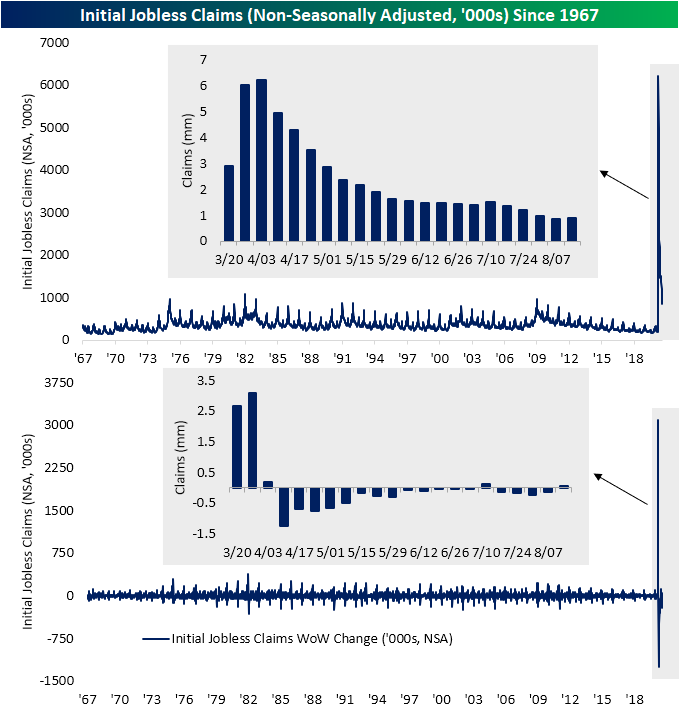 As we have noted recently, the summer months through September have seasonally been a strong time for claims as the nonseasonally adjusted (NSA) number has tended to drift lower.  The increase this week is out of the ordinary for this point in the year as it was the first time in the history of the data (since 1967) that NSA claims for the current week of the year (33rd week) were higher from the prior week. In other words, the rise in claims this week bucked a historically consistent trend of seasonal strength. 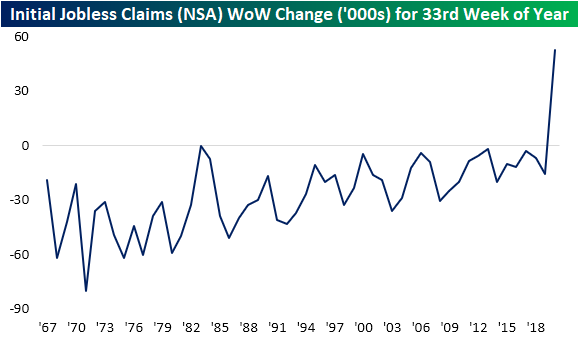 The big drop in claims last week benefitted the most recent reading for continuing claims (lagged an additional week to initial claims) which have continued to decline as they broke below 16 million for the first time since April 10th. The 604K WoW decline was slightly smaller than last week’s 861K decline 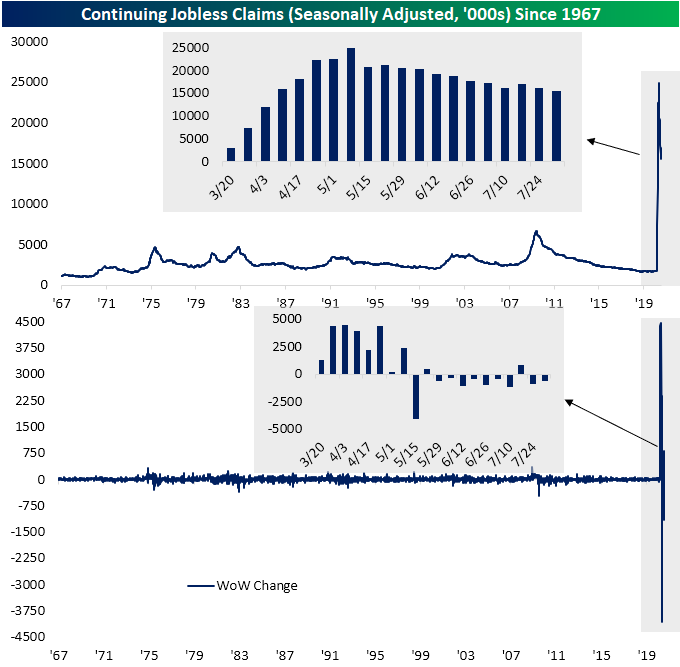 For Pandemic Unemployment Assistance (PUA), initial claims were also higher, rising over 50K from last week.  In total, claims (the headline number plus PUA claims) rose to 1.43 million from 1.33 million last week.  Again while that is an increase from last week’s lows, it is still around some of the strongest levels of the pandemic. Total NSA continuing claims for the last week of July (continuing PUA claims are lagged another additional week), on the other hand, fell slightly from 26.6 million to 26.4 million.  That was entirely thanks to a drop in regular claims as PUA claims actually rose from 10.7 million to 11.2 million. Start a two-week free trial to Bespoke Institutional to access our interactive economic indicators monitor and much more. 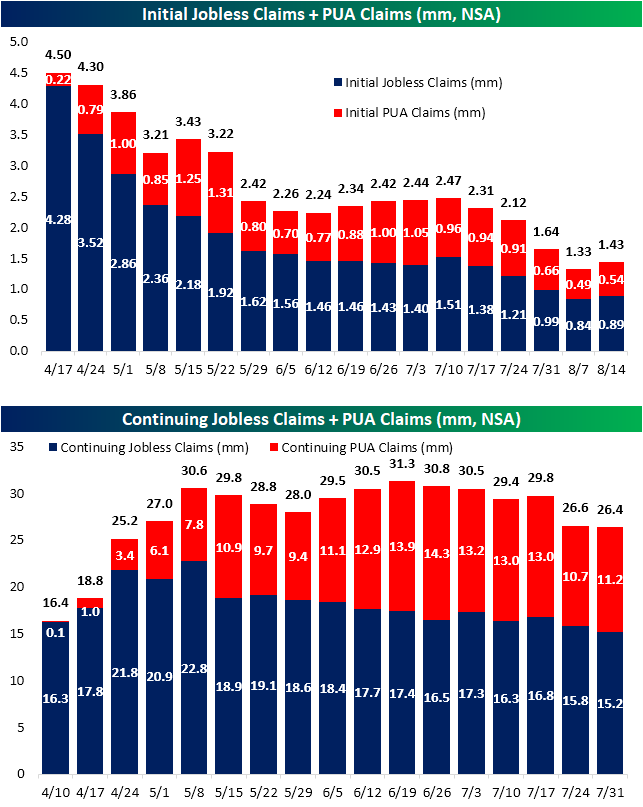