Jobless Claims at Lowest Level in Over 50 Years

Since early December, initial jobless claims have risen and remained above multi-decade lows. That is until this week.  Seasonally adjusted claims fell for a second week in a row down to 187K this week.  That is the lowest reading since claims came in at 182K all the way back in September 1969. 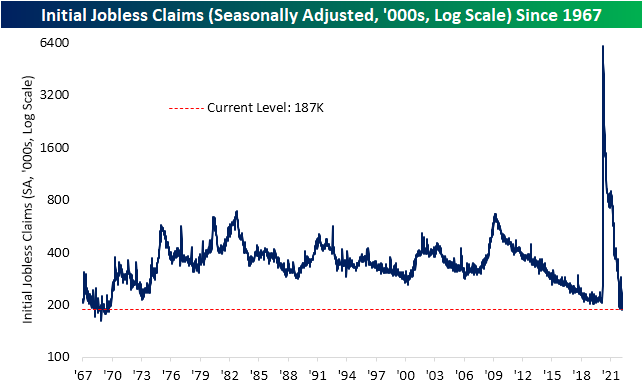 While not to take away from the historically strong reading as NSA claims also hit a new low for the pandemic of 181.1K, before seasonal adjustment, jobless claims have not exactly fallen to as significant of a low as the adjusted number. Although that is the lowest level for the current week of the year since 1969, there have been recent periods like the fall of 2018 and 2019 in which claims were even lower. Declines in initial claims have historically been common for the current week of the year, but the next couple of weeks have typically seen claims experience a brief bump before resuming a seasonal downtrend roughly through mid-spring. 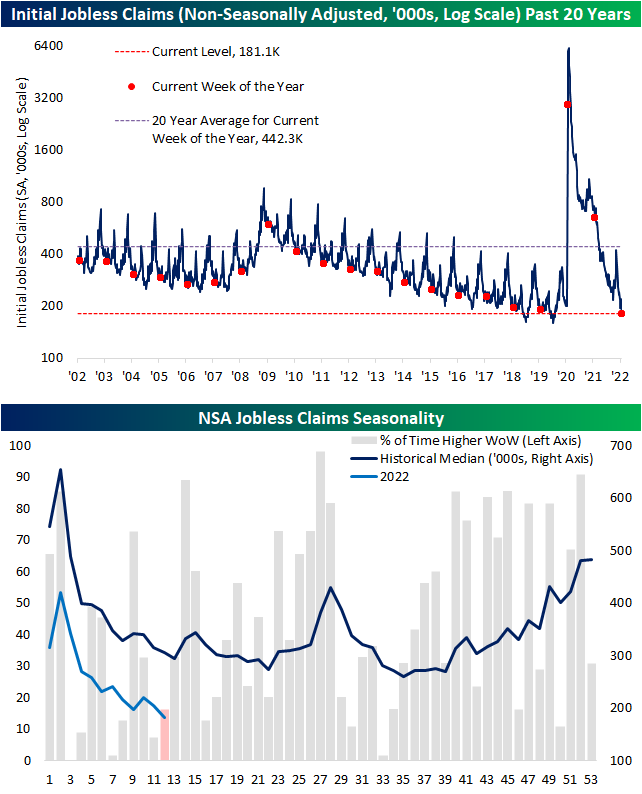 Continuing claims have fallen even more consistently with week-over-week improvements in 7 of the past 10 weeks. Now at 1.35 million, continuing claims are down to the lowest level since the first week of 1970.  Click here to view Bespoke’s premium membership options. 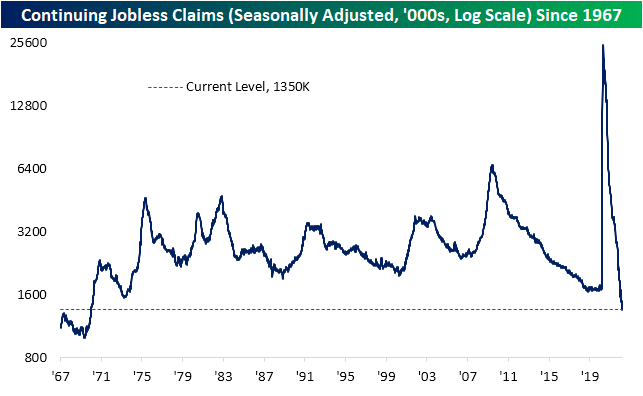