Job Losses Around the Globe

Every Wednesday we release our Global Macro Dashboard which covers major macroeconomic and stock market indicators across 23 of the world’s largest economies.  One of the stats tracked is each country’s unemployment rate.  Labor market data has been a major focus in the US as jobless claims have printed in the millions for multiple months now and the U-3 unemployment rate sits at 13.3%, off its April high of 14.7% but still at some of the highest levels since the Great Depression.  High unemployment is not just a US phenomenon though. While it isn’t as extreme as the US, the world average across the 23 countries in our Global Macro Dashboard has soared and currently sits at 7.6%; the highest level in a decade. 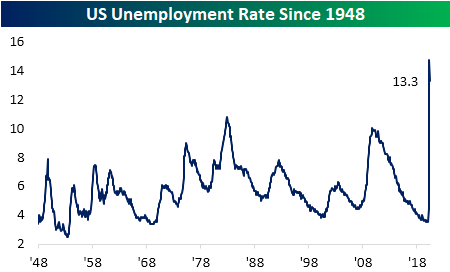 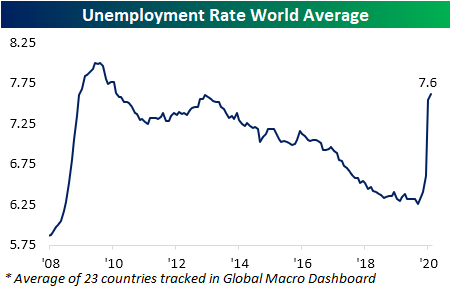 In the charts below, we show eight countries that are experiencing some of the most dramatic upswings in unemployment.  Our neighbor to the North, Canada, has a similar unemployment rate to the US both in terms of the rate itself and the sharp upswing over the past few months.  Of the other countries in our Global Macro Dashboard, Brazil, South Africa, and Spain are the only other countries with double-digit unemployment rates at the moment.  Like Canada and the US, the unemployment rates of Hong Kong, Malaysia, and South Korea have also all spiked to the highest levels of the past decade. Sweden, Australia, Germany, and Switzerland also all have seen large moves higher.  Of these, only Germany has seen any respite as the US has in the most recent readings. Click here to view Bespoke’s premium membership options for our best research available. 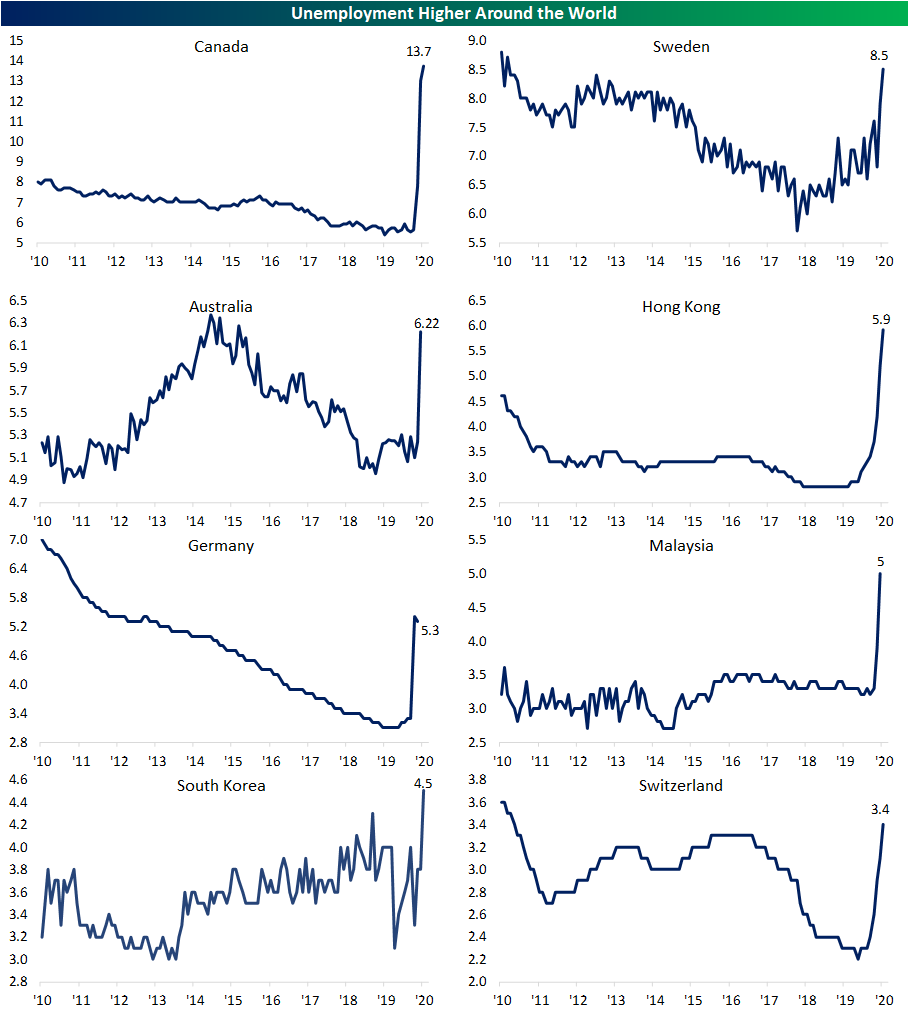