January Trends Back in Play

Yesterday, by far the biggest mover in the S&P 1500 was GameStop (GME) which rallied 16.34% on the day. While that was the biggest single-day gain since only April 14th when it popped 18.11%, it is being followed by a 12.6% gain today as the stock trades above $200 for the first time since mid-March.  Meanwhile, another favorite from the massive short squeeze period earlier this year, AMC Entertainment (AMC), is similarly surging as it is now up 55% so far this week. That brings it to the highest level since the high on January 27th; the same day of GME’s high during the meme stock mania. 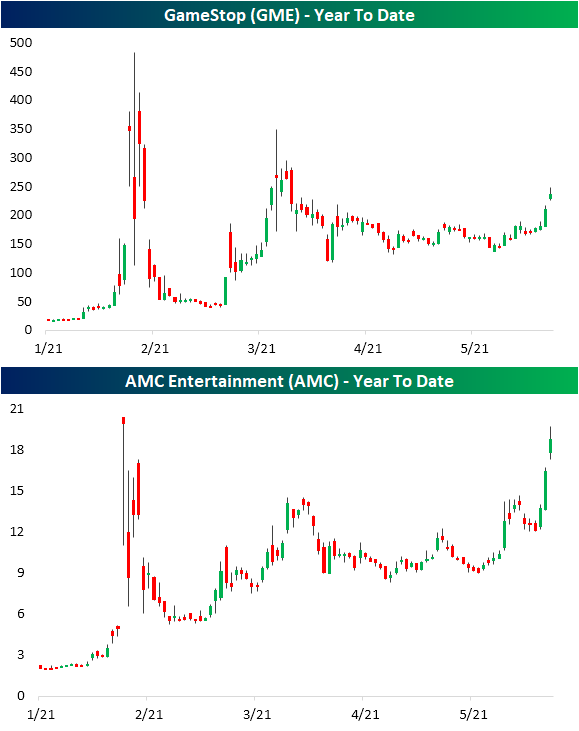 At the same time, highly shorted stocks are back to outperforming.  The stocks in the decile of the most heavily shorted names (which includes AMC and GME) are up an average of 2.33% today.  Once again, moving down across deciles, there is a clear trend of stocks with lower short interest as a percent of float experiencing weaker performance today and vice versa. Click here to view Bespoke’s premium membership options for our best research available. 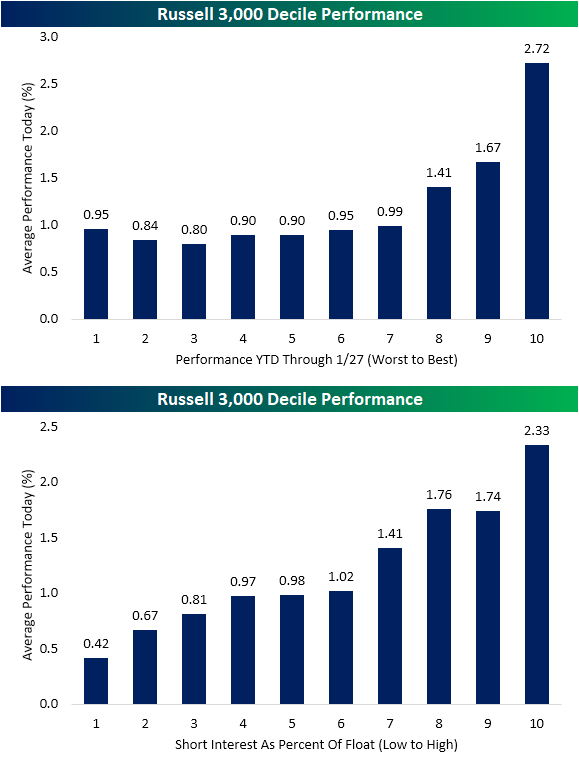