January Peak in Claims Wearing Off

The January spike in jobless claims has continued to unwind in the most recent week’s data.  Seasonally adjusted initial claims fell by 16K to 223K versus last week’s 1K upwardly revised reading of 239K.  That does not set a new low for claims, only reaching the lowest level since the last week of December and still 35K above the low from the week of December 3rd, but it does mark a third consecutive week of improvement. 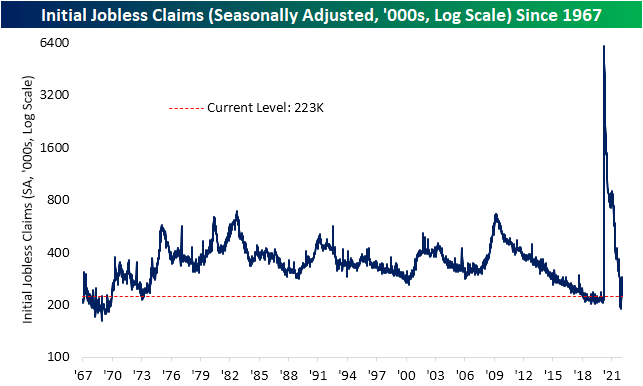 On a non-seasonally adjusted basis, claims improved falling to 228.9K. The seasonal peak in claims is now well in the rearview and this week’s reading was essentially right in line with the levels of the comparable week for the few years prior to the pandemic.  Historically, the current week of the year has been mixed when it comes to seasonal patterns with claims rising week over week 44% of the time, but in recent years the seasonal tendency has been one of improvement.  Other than last year, every year since 2016 has seen NSA claims fall WoW during the current week of the year (6th) with this year marking the largest decline of those. 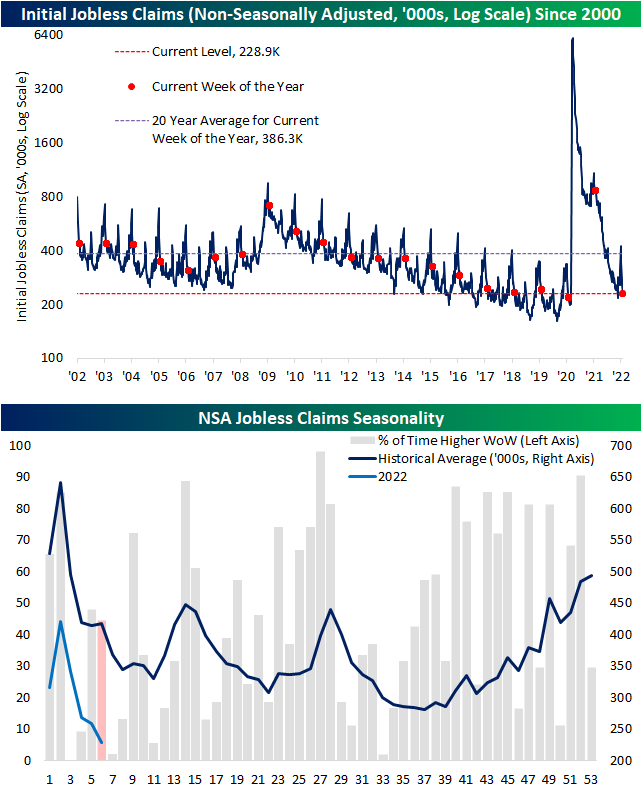 Continuing claims are delayed an extra week to the initial jobless claims number meaning the most recent print is as of the last week of January.  Continuing claims remain below the range of readings in the few decades prior to the pandemic, unchanged versus last week at 1.621 million. 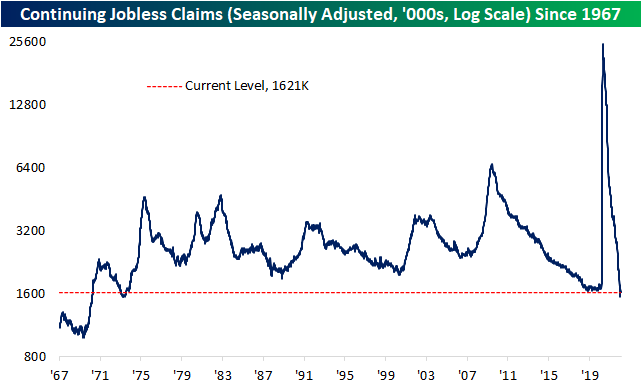 While initial claims are in line with pre-pandemic readings for the same week of the year, continuing claims set a new low for the current week of the year.  Click here to view Bespoke’s premium membership options. 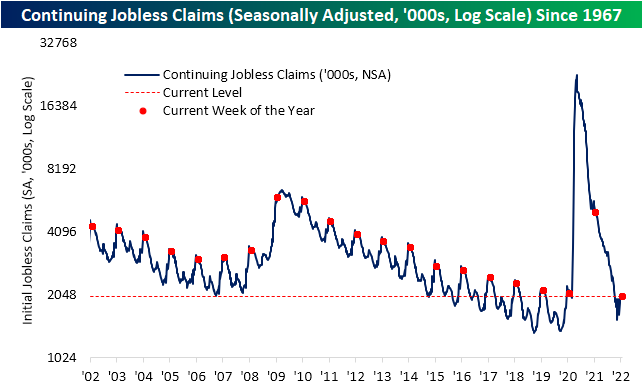