Last month, ISM’s headline manufacturing number saw a slight rebound rising from the April low of 41.5 to 43.1.  That indicated that activity was still worsening in May albeit at a slower pace than April.  Fast forward to June’s reading released this morning and ISM’s manufacturing report showed a huge rebound in activity with the headline index rising 9.5 percentage points to 52.6. That is the headline index’s highest reading since March of last year and was also the first back to back increases since June 2018. A reading above 50 also indicates the first expansionary reading in the manufacturing sector since February.  Lastly, perhaps most notable about today’s report was that the 9.5 point m/m increase was also the third-largest on record behind a 10.5 point increase in August of 1980 and a 12.1 point jump all the way back in August of 1952.

Respondent commentary reinforced the rebound with most making some mention of demand or production improving in June.  Important to note, while they point to improved conditions from the past few months, that is not to say activity has necessarily returned to pre-COVID levels. In fact, one comment out of the Chemical Products industry reported that it ha been a “slow recovery” and the Petroleum & Coal Products industry mentioned that things are still “below normal volumes”. Regardless, as the commentary from a Plastics & Rubber Products respondent put it, things are still “trending toward normal”. In other words, things are back on the right track, but activity has not fully recovered. 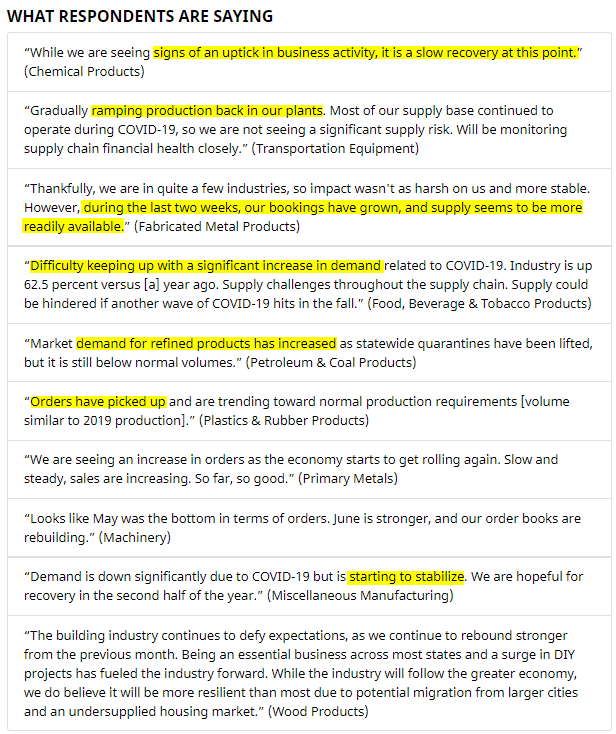 Taking a look across the various sub-indices of the report, the headline number was not alone in terms of historic monthly rebounds. Outside of the inventories index, every indices’ MoM rise was in the upper 90th percentiles of all readings.  Now 6 of the 11 indices are showing expansionary readings compared to just two last month.

As previously mentioned, production has been ramping back up with the index rising to 57.3, its highest level since November of 2018. The only larger one month jump in production was in August of 1952 when the index rose 46.8 percentage points. Meanwhile, New Orders saw its largest one month increase on record. Granted that only leaves it in the dead middle of its historic range while backlog of orders are still in contraction for a fourth consecutive month.  One interesting point of the data recently has been the index for Supplier Deliveries. Recent months have seen very elevated readings indicating longer delivery times meaning supply chains have appeared to have been disrupted. While this month’s reading of 56.9 still indicates longer delivery times, it is a much healthier reading pointing to at least some stabilization. The MoM decline of 11.1 percentage points was also the largest decline since May of 1979. 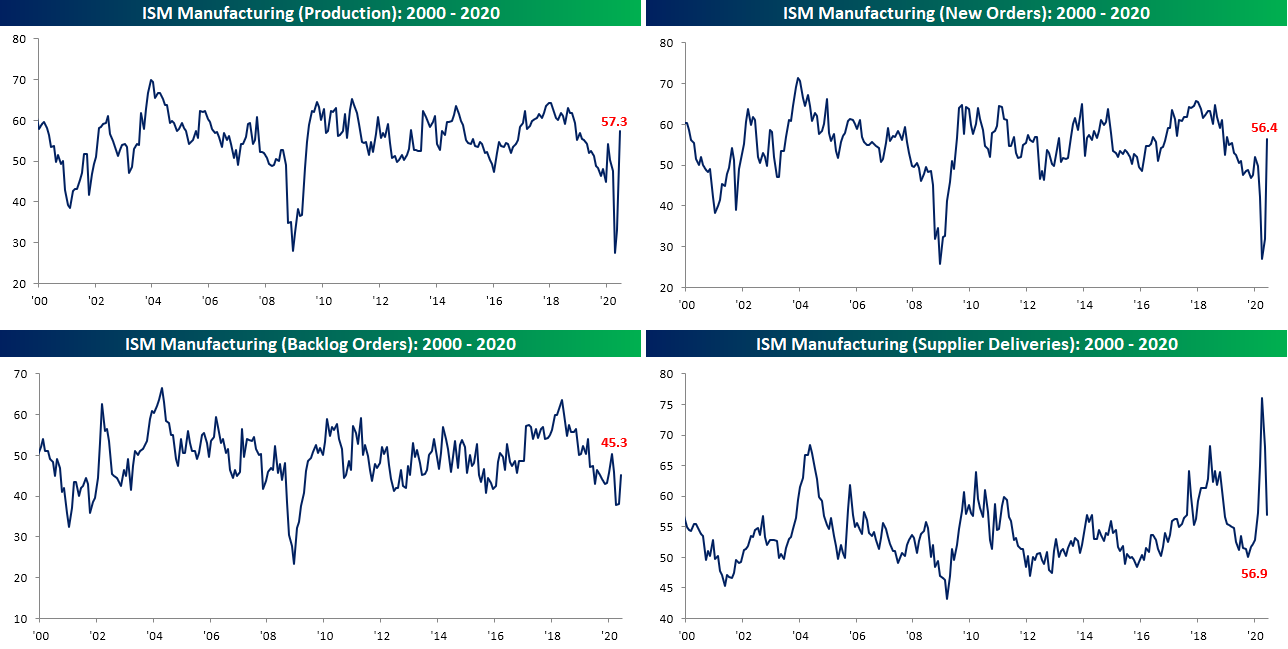 One final note on this month’s report concerns the commodities survey where businesses report price increases and decreases.  As could be expected in a pandemic environment, protective equipment remains in short supply and up in price.  Meanwhile, many cyclical products are also seeing higher prices indicating strengthened demand.  For example, cyclical metals like copper and steel are up in price in addition to various fuels.  That further reinforces the overall uptick in economic activity. Click here to view Bespoke’s premium membership options for our best research available. 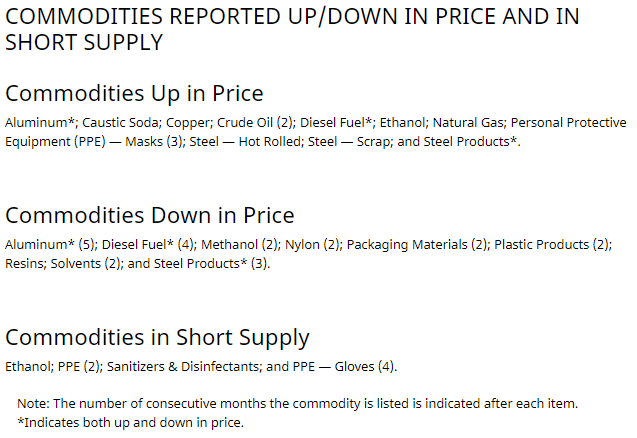