With the ISM Manufacturing report coming in at the highest level in two years today we wondered whether a strong manufacturing sector ahead of an election has any impact on the results.  One would think that surging activity in the Manufacturing sector would be good for a President’s re-election chances.  To shed some light on this, the table below shows the election results of each election since 1952 based on which party was in the White House and which party won the election.  For each Presidential Election, we also show the level of the October ISM Manufacturing report, its three-month change as well as the distance of the most reading relative to its 52-week range.

While those two metrics would suggest a slight case for a strong ISM Manufacturing report helping the party in power, the median three-month change has actually been worse when the party of the President stays the same (-0.7) versus when there is a change (-0.5). Click here to view Bespoke’s premium membership options for instant access to our research and interactive tools. 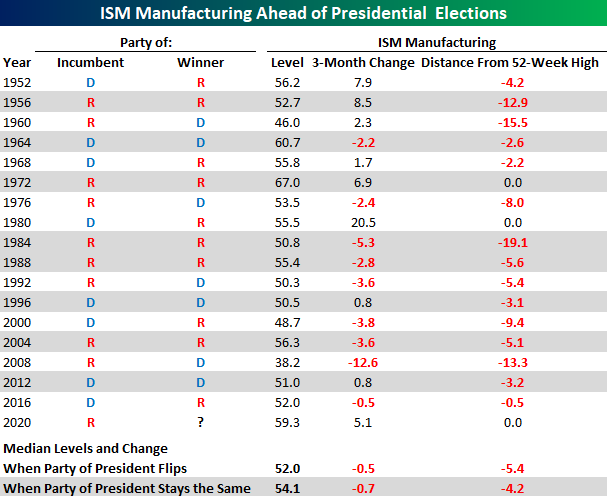