Is the Surge in Purchases and Refis Believable?

Early this morning, the weekly release of mortgage purchases and refinance applications from the Mortgage Bankers Association posted outright impressive week-over-week increases for both metrics. Beginning with a look at purchases, the reading surged almost 25% week over week for the highest reading in the index since 9/23.  Even though that was a massive move higher, the purchases index remains at the low end of the past several year’s range and would be only slightly better than those readings observed in the spring of 2020. 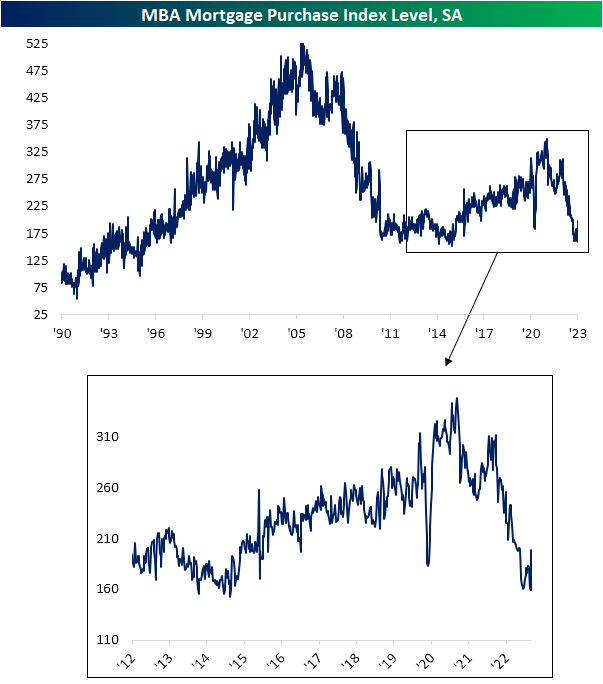 Refinance applications have been at some of the lowest levels in more than 20 years, and that continues to be the case even after rising well over 30% versus last week.  Similar to purchases, that massive increase only brings refis back up to levels last seen in September. 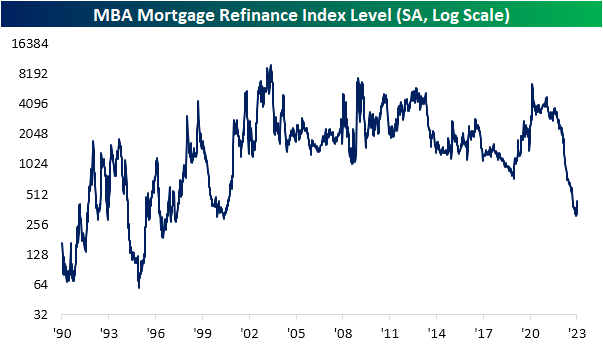 While a portion of those large improvements could potentially be the result of mortgage rates dropping to some of the lowest levels in the past few months, seasonality appears to be another and more plausible factor. Likely as a result of backlogs built up during the holidays, the second week of the year has plenty of precedent for outlier-like jumps in applications.  As shown below, multiple times since the early 1990s the second week of the year has seen mortgage and refinance applications rise by at least 20% and 30% week over week, respectively. In other words, even if the surge in mortgage applications is eye-catching, we would caution against jumping to the conclusion that these increases are material without further follow-through in the weeks to come. Click here to learn more about Bespoke’s premium stock market research service. 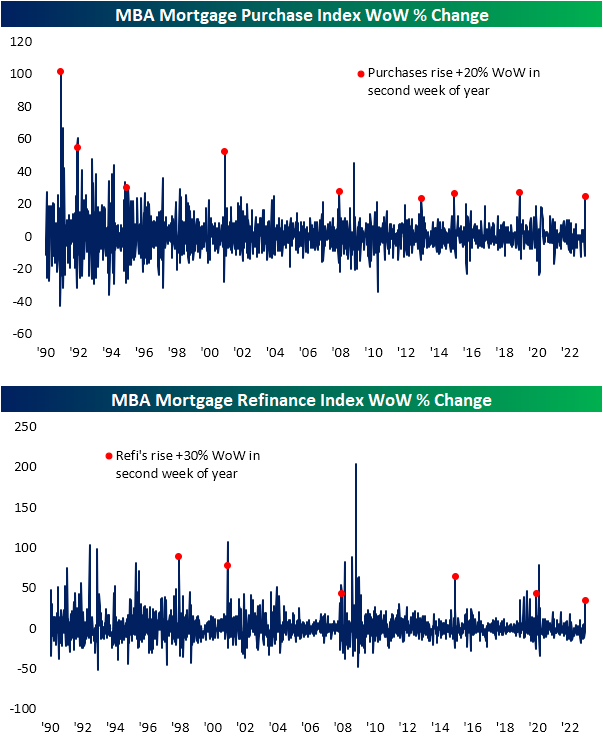