Seasonally adjusted initial jobless claims have stubbornly remained in the elevated upper 800K range with this morning’s release rising by 4K to 870K.  That was worse than expectations of a reading of 840K which would have marked a 26K improvement from last week. While it was not an improvement, claims have been fairly stable with this week’s increase not being particularly large as it only leaves initial claims at their highest levels since the first week of September when they were at 893K.  In fact, although comparisons to pre-September readings are not perfectly like for like on account of the recent changes to the seasonal adjustment methodology, since the pandemic began the only smaller weekly move was a 2K decline in mid-July. 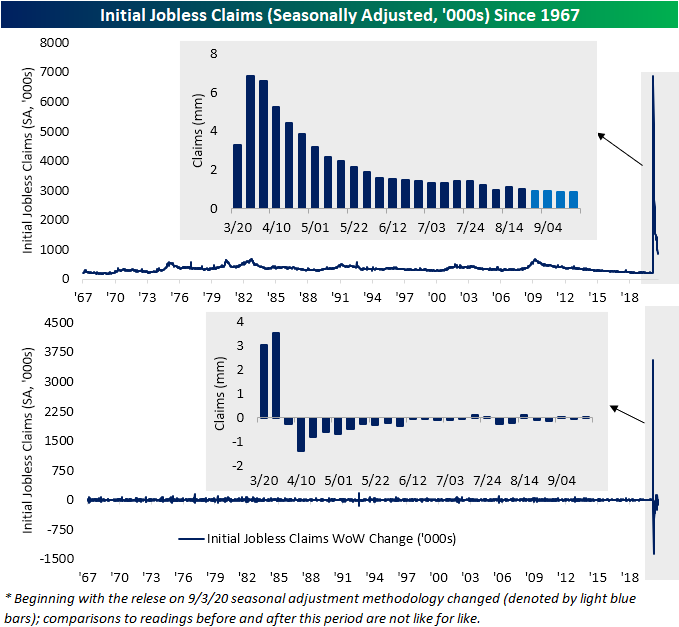 On a non-seasonally adjusted basis, claims were also higher rising to 824.5K from a pandemic low of 796K last week. But just as with the seasonally adjusted number, that only brings claims to the highest level since two weeks ago.  As shown in the second chart below, assuming this year follows the seasonal patterns that have been observed in the past, the 37th week of the year (last week) has, on an average basis, been the seasonal low for jobless claims with a steady rise in claims through New Year’s. That means that this week’s increase in non-seasonally adjusted claims could just as well be a factor of seasonality as a material worsening in the data. 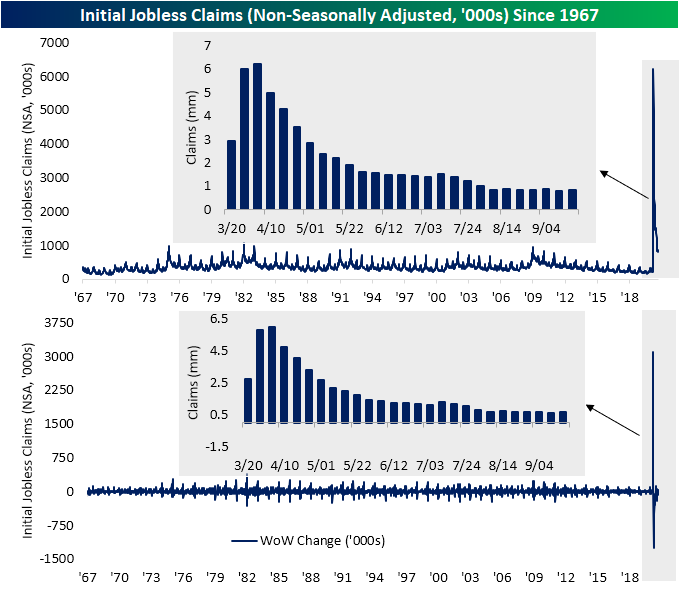 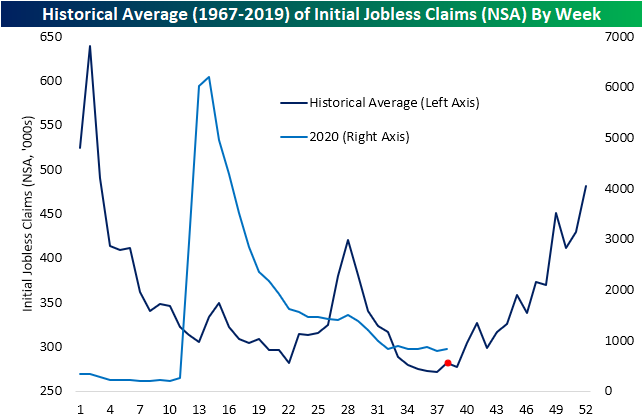 Meanwhile, seasonally adjusted continuing claims also missed expectations of 12.275 million with a reading of 12.58 million.  While higher than expected, that was lower from last week’s upwardly revised 12.747 million.  Again, the caveat applies of comparisons not being perfectly like for like due to changes in seasonal adjustment, but that would mark the lowest continuing claims reading since the first week of April. 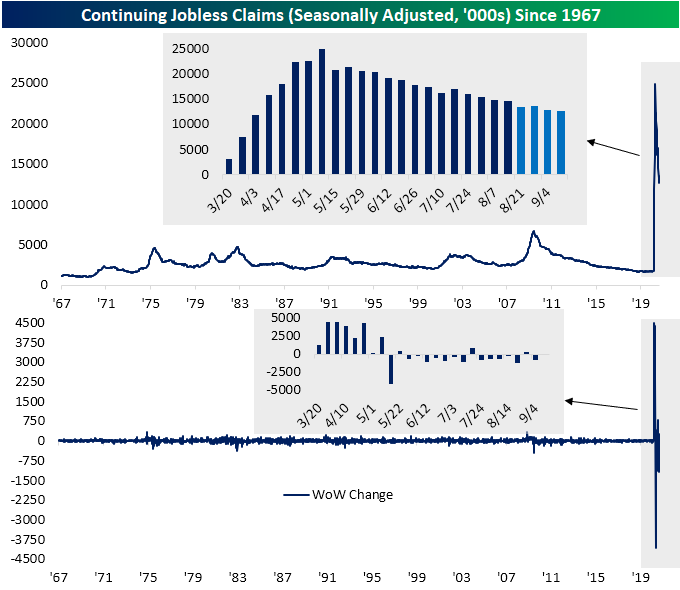 Although the headline number for initial jobless claims was higher this week, including Pandemic Unemployment Assistance (PUA) total claims were actually lower. Initial PUA claims fell from 675K to 630K marking the lowest level of PUA claims (as well as total claims) in a month.  While that is still a massive number of people filing for unemployment, it is an improvement and puts this week’s print right inline with the average of what has been observed since the beginning of August.

As for continuing claims, there was a steep drop in PUA claims for the most recent week (the first week of September). Claims dropped from 14.5 million to 11.5 million.  That is the fewest continuing PUA claims since the first week of August. Combined with the standard unadjusted continuing claims, there were 24 million total claims which, while still a massive number, is the lowest reading since April. Click here to view Bespoke’s premium membership options for our best research available. 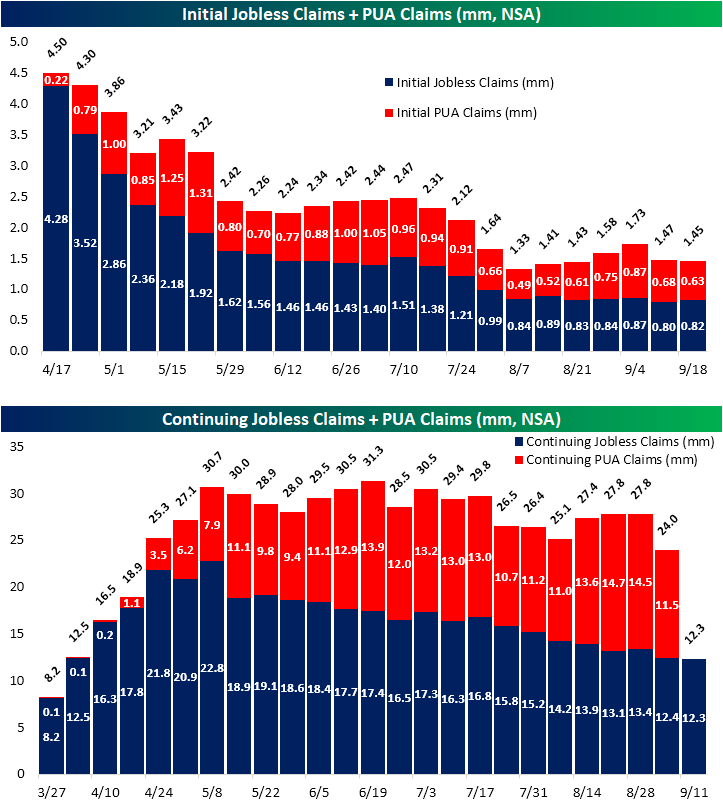