Is Jobless Claims Uptick Seasonality Or Something Worse?

After falling in back to back weeks, seasonally adjusted initial jobless claims rose to 898K this week which was weaker than the forecasted decline to 825K and last week’s level of 845K last week.  Now just below 900K, claims are at their highest level since the week of August 21st (before the change in seasonal adjustment methodology meaning comparisons are not exactly like for like) which was also the last time claims were above one million.  Additionally, the 53K week over week increase was the largest increase since the week of August 14th when claims rose by 133K. 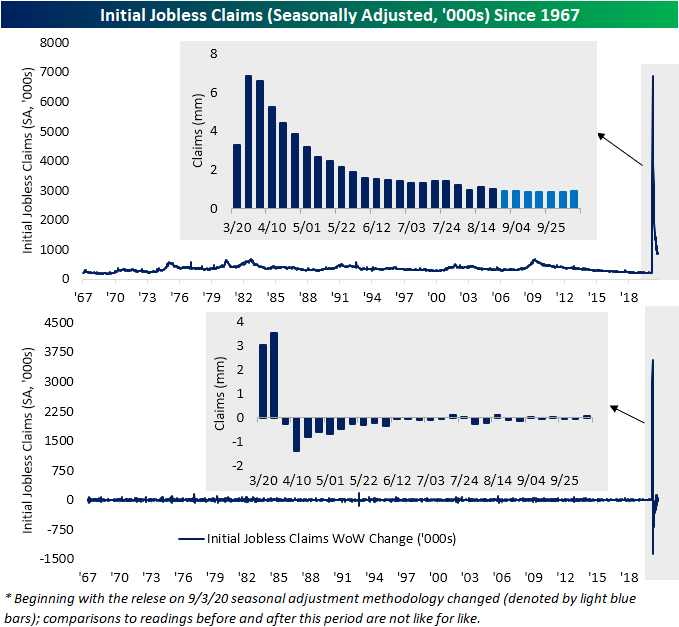 Non-adjusted claims have been a bit more choppy over the past few weeks, but this week marks the first back-to-back increases since the first half of September. Non-seasonally adjusted initial jobless claims rose to 885.9K this week from 809.2K last week.  Similar to the adjusted number, that is the highest level since mid-August while the WoW increase was the largest since a 117.7K climb in the week of July 10th. 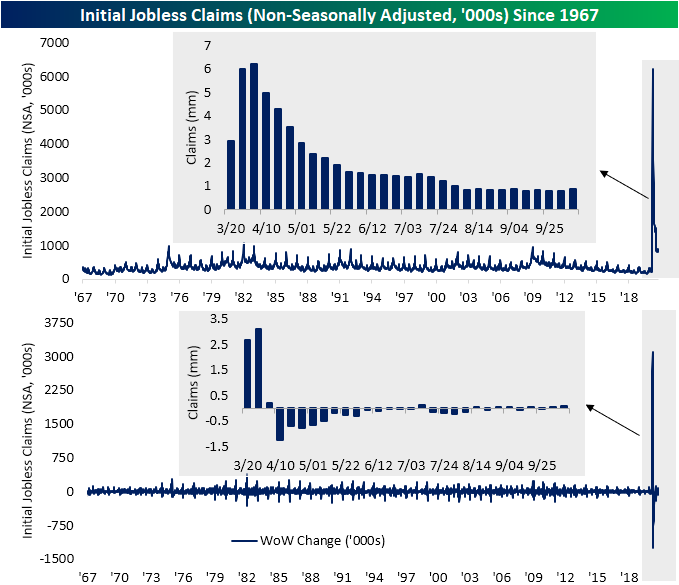 While non-seasonally adjusted claims have deteriorated for two weeks in a row with particularly weaker results in the most recent print, we would note that seasonality could be a factor.  In the charts below we show the level of claims for each given week of the year versus the historical average. As shown, the rise in NSA initial jobless claims is consistent with the seasonal rise that typically occurs from the fall through the end of the year.

As for continuing claims (NSA), the most recent week (40th week of the year) marked the first reading below 10 million since March. While that is certainly a positive and a sizeable improvement—the first weekly decline greater than 1 million since the first week of August—going forward seasonality will be a headwind.  As shown in the second chart below, the 40th week of the year has typically marked the seasonal low for the year as claims tend to rise through the year-end. 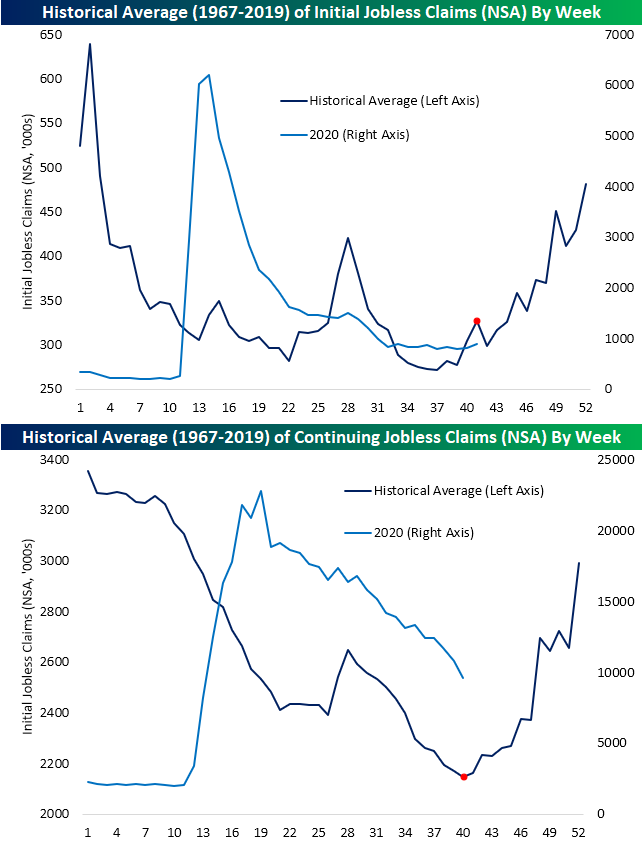 Reporting of claims from the most populous state, California, is still paused and with the addition of seasonal headwinds, it is a bit tough to decipher whether the uptick in claims is a material worsening in the data as COVID cases have been on the rise or more simply seasonality. Pandemic Unemployment Assistance (PUA) claims would seem to more give more credit towards the latter.  For initial claims, PUA claims fell to 372.9K this week, down for a fifth straight week. Behind the first week that PUA claims were reported (April 17th), that is the lowest count of initial PUA claims.  For total claims (regular and PUA combined), this week’s reading of 1.26 million marked a new pandemic low.

Similarly, continuing claims are also reaching some of the lowest levels since early in the pandemic.  Continuing PUA claims which are lagged another additional week have also continued to fall. The most recent reading for the last week of September came in at 11.172 million. That is the lowest amount since the first week of August. 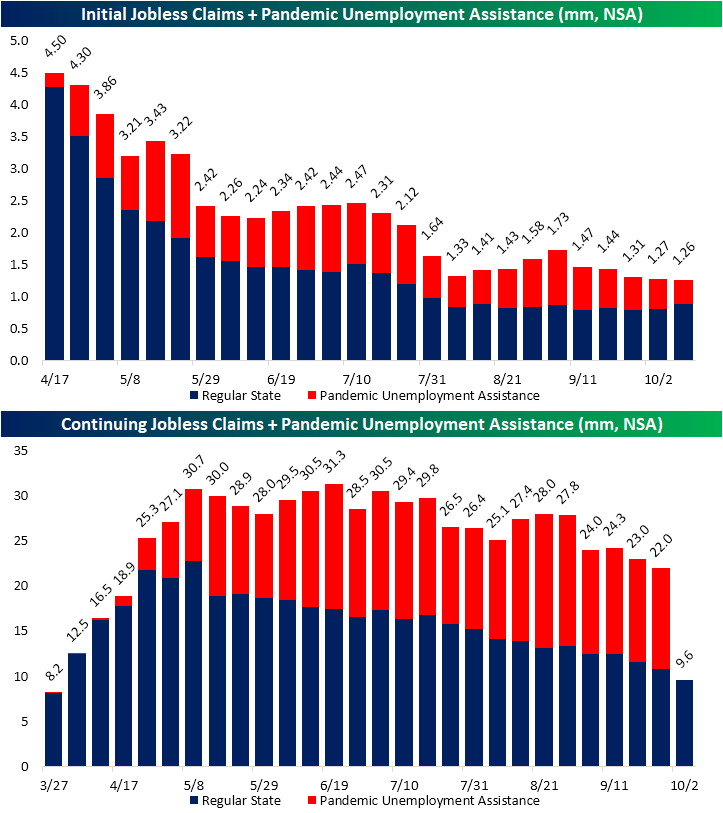 While new lows in continuing claims are being reached, we would also note that it does not mean all those people are necessarily returning to work.  The Extended Benefits program continues relief for workers who have exhausted regular benefits during periods of high unemployment such as the current scenario. The basic program’s extension is up to 13 additional weeks.  These claims have been on the rise since July with a new high of 354.7K this week. While the decline in regular claims still outpaces these extensions, it is yet another point that, with some nuance, claims have generally improved but are still a mixed bag. Click here to view Bespoke’s premium membership options for our best research available. 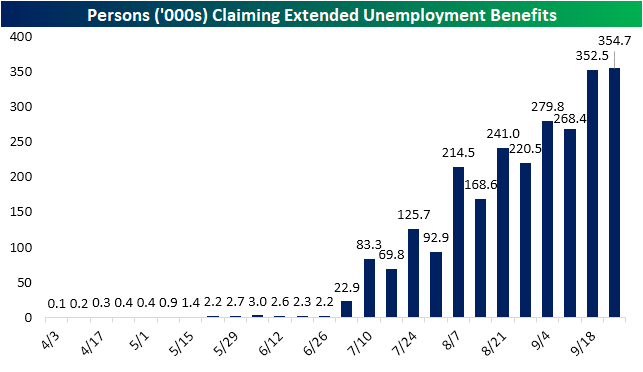