It has now been over a year since the Renaissance IPO ETF (IPO)—an ETF tracking a basket of the largest and most liquid stocks that recently debuted—peaked in February 2021.  While it then trended sideways through last fall, IPO has been on a one-way trip lower since.  Currently, the ETF is down over 57% versus its 52-week high in September.  In that same time, the Russell 3,000 is down only around 12%. As shown in the second chart below, IPOs saw a massive string of outperformance from mid-2020 through early 2021, but the past year has erased any and all of that. In fact, the ratio of IPO to the Russell 3,000 has in the past couple of weeks collapsed to record lows going back to late 2013 when it began trading. 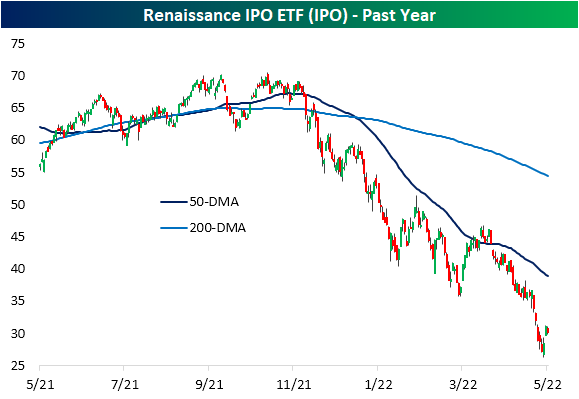 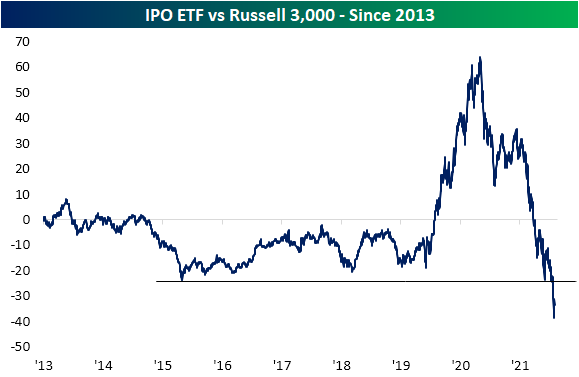 Not only are recent IPOs generally performing poorly, but issuance itself has also dried up.  Below we show the average number of IPOs over a rolling 3-month span since 1990.  The post-pandemic period saw an explosion of IPOs with the average deal count actually surpassing that of the 1990s or the similarly high reading leading up to the financial crisis.  This year, that count has fallen sharply and is currently right back in line with the historical average. Click here to learn more about Bespoke’s premium stock market research service. 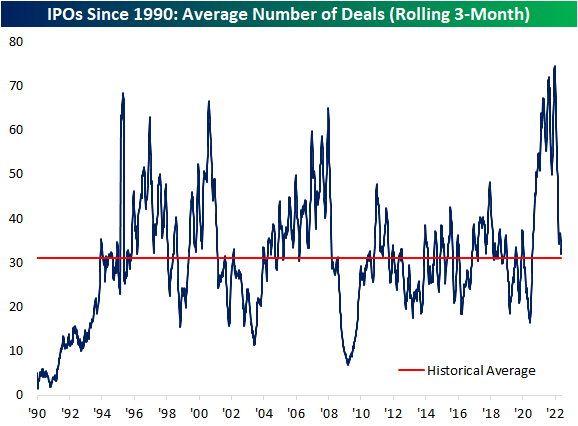