The United States Oil Fund (USO) has had a rough few weeks. With oil at the front of the WTI curve collapsing as far as massively negative prices on Wednesday, the ETF’s asset values decline as it sells near-term crude to purchase out-month crude. This “contango” in the crude curve is one reason that USO has so persistently returned less than the actual spot price of oil; when the curve is in contango as it has been for the last few years, it has persistently cost money to own oil exposure via USO. In order to avoid negative prices, the ETF’s issuer has spread out purchases across the front few months of the crude curve, which should help if June contracts trade negative at some point like May’s did this week. But investors are still paying a cost for direct crude exposure because the whole crude curve is in contango. That hasn’t stopped individual investors from trying, though: as shown below the last week has seen by far and away the biggest inflows into USO on record! 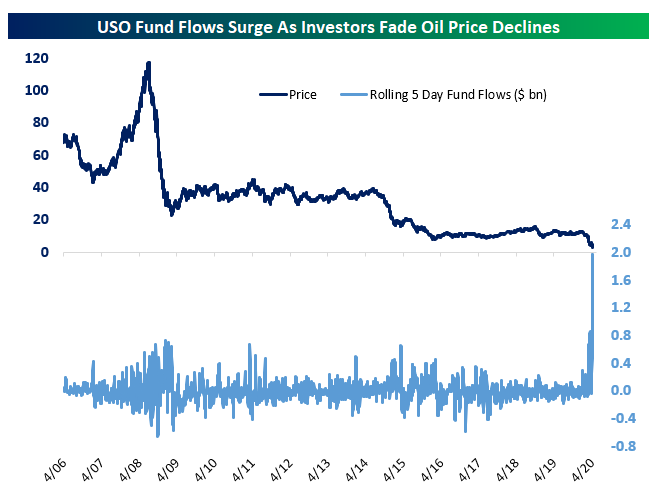 We should also note that the closing price of the ETF yesterday was more than 30% above the value of the futures it holds. Because price has dropped while flows surge, the fund’s assets have surged and share count has exploded, requiring an expanded authorization for new shares. That takes time to register, and as a result yesterday USO had to suspend creation of new shares. As a result, shares closed more than 35% above the value of the assets in the fund! 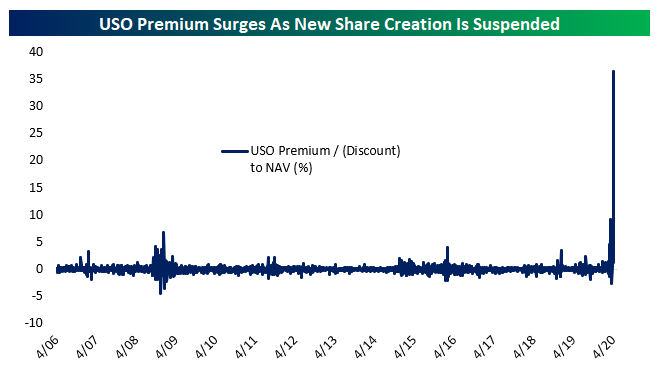 That’s bad news for the billions of new dollars of capital investors have thrown at USO in recent days. As shown below, as-of the flows yesterday, the prior five days of flows (assuming net purchases paid roughly the volume-weighted average price for the day) are now sitting on losses of more than $600mm. When combined with the huge net asset value premium which can be expected to eventually compress, we cannot strongly enough urge investors take caution when investing in this particular oil market vehicle.  Start a two-week free trial to Bespoke Institutional to access our Chart Scanner, custom screens, and much more. 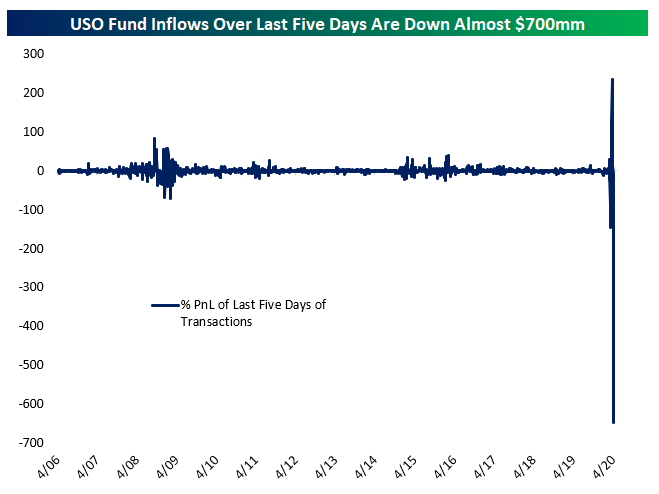