The collapse in oil prices has sent ETFs like the United States Oil Fund (USO) scrambling to quickly adapt as the ETF plummets to record lows.  While these ETFs have plummetted, inverse ETFs in the space have been doing great.  Products like the DB Crude Oil Double Short ETN (DTO) and ProShares UltraShort Crude Oil ETF (SCO)—which are more short term focused and track the inverse performance of crude oil (when crude is down, these products move higher and vice versa)—have soared this year.  As shown in the charts below, the past month’s volatility has made the charts of DTO and SCO fairly messy, but both had their best days ever on Tuesday gaining 50.1% and 52.2%, respectively. Volumes were also huge at well over 300% of their 50-day averages for both. For DTO, which is the more thinly traded of the two, yesterday and Monday’s rise were a clear and massive break above the prior highs from mid to late March. Meanwhile, even though yesterday’s close was a new high, SCO actually saw higher intraday highs back on March 18th. 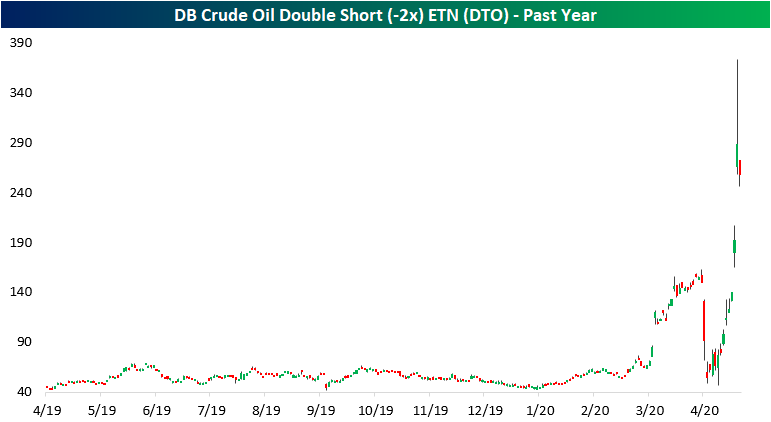 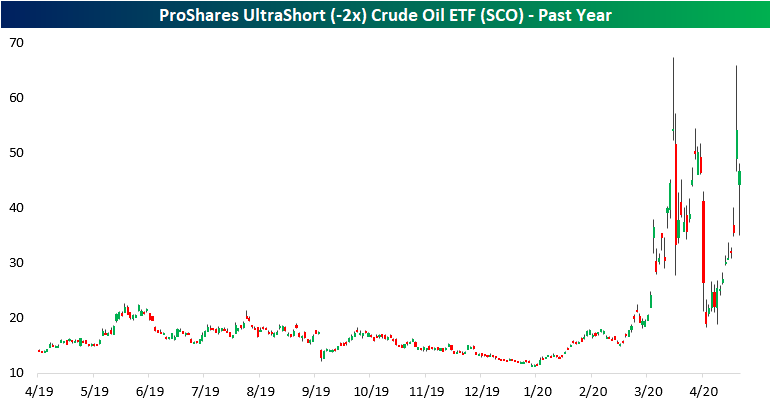 Obviously, given their nature of seeking to double the volatility of crude oil moves, these inverse ETFs will see much larger performance numbers, whether those be positive or negative than the more vanilla USO. Regardless, given the novelty of the current situation around oil, performance numbers all around are huge. For example, in terms of YTD performance in 2020, DTO is up nearly 500% as of today. At yesterday’s close, it was up even more at 527%! As for the more popular SCO, the ETF is up over 300% YTD. Meanwhile, the main crude oil ETF (USO) has been cut by more than three quarters since the start of the year. Start a two-week free trial to Bespoke Institutional to access our interactive tools including a screen of inverse and leveraged ETFs. 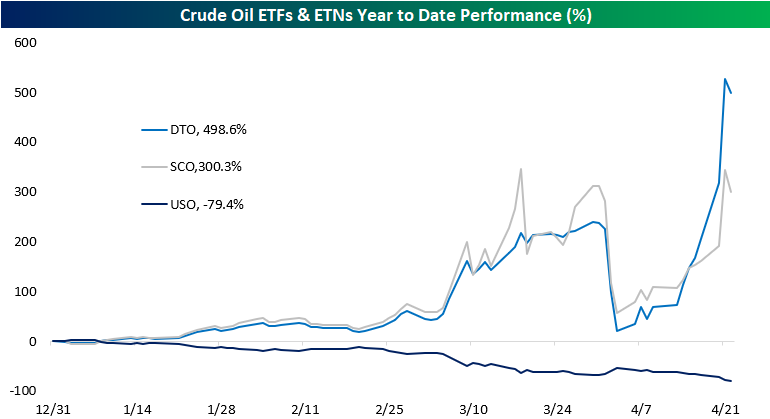