Since the late spring, both silver and gold have been in steady downtrends spending much of that time below their 50-DMAs. Those downtrends remain in place, but both metals did find a short-term bottom on September 29th. While they have been rallying in the past week and a half, today each one has stalled out.  From the early morning leading up to the Nonfarm Payrolls report, precious metals ramped higher with a surge immediately following the weaker than expected report. Only a couple hours after the release, gold and silver had erased a large portion of their earlier gains. In fact, silver is now 2.15% below its intraday high and gold is 1.36% below its high.  For gold, in particular, that intraday reversal also marked a rejection of its 50-DMA which it—as well as silver—has struggled to stay above for most of the past several months. 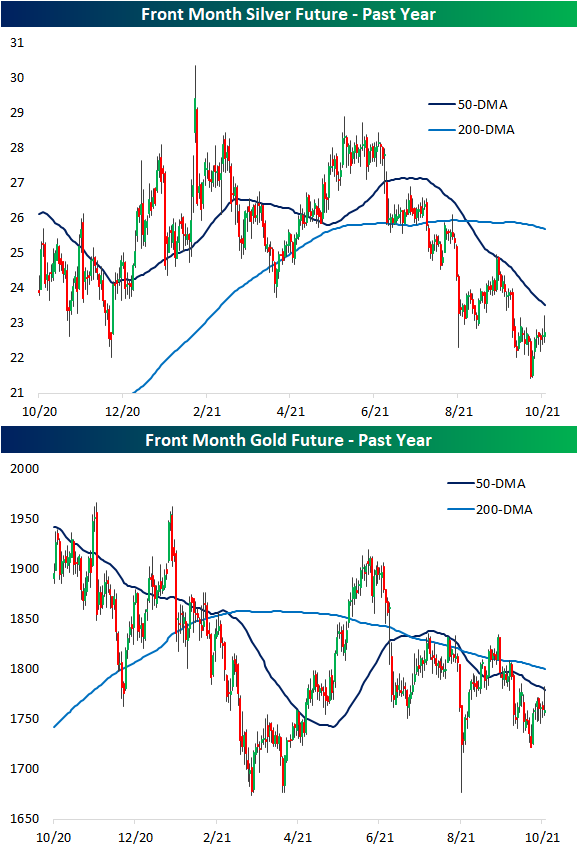 Crude oil is yet another commodity that is currently down off of its intraday highs, and like gold, the reversal came at a pretty interesting level.  At its high Friday morning, front-month WTI futures rose above $80 for the first time since November 2014.  Click here to view Bespoke’s premium membership options. 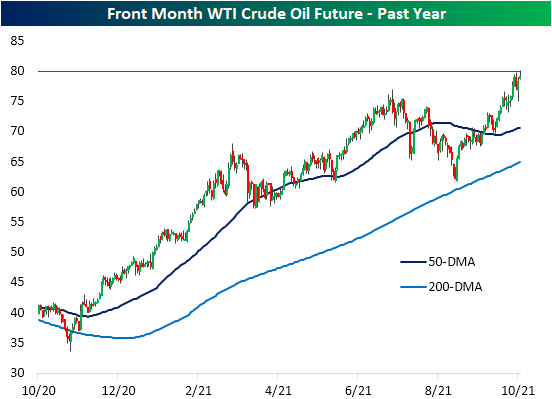 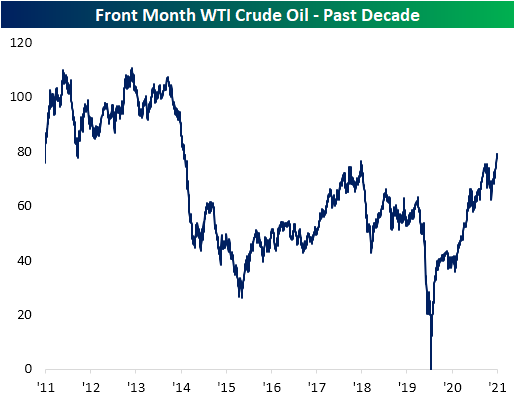