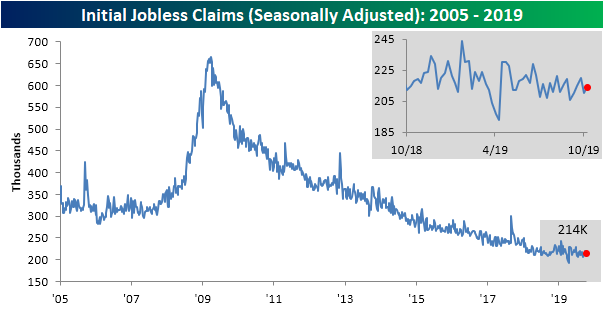 With this week’s increase in the seasonally adjusted data, the four-week moving average has ticked slightly higher.   This was a result of a lower reading of 210K from mid-September rolling off of the average to be replaced by this week’s 214K.  This was the third consecutive week with an increase in the average, albeit those increases have been small at 1K or less each week.  While the moving average has been moving higher over the past month, it has by no means been by a concerning degree. 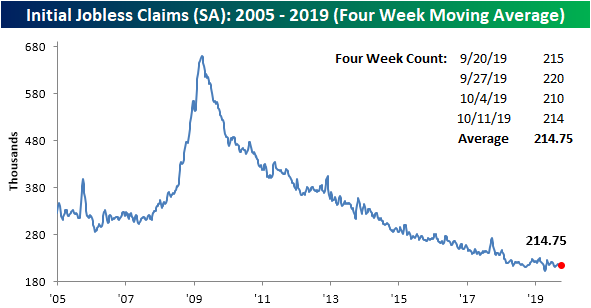 Turning to the non-seasonally adjusted data (NSA), claims rose to 197.8K. Through the end of the year, we are likely to see many more weeks with an uptick in the NSA number due to seasonal factors.  Year-over-year on the other hand, which provides a better look at NSA data, claims rose by 7.3K. That is the largest YoY increase since July and the first time for the current week of the year that there has been a YoY increase since 2012.  But, as with the other data, the level claims sit at are still very healthy.  This week’s reading was far below the average of 323.25K for the current week of the year since 2000.  Start a two-week free trial to Bespoke Institutional to access our interactive economic indicators monitor and much more. 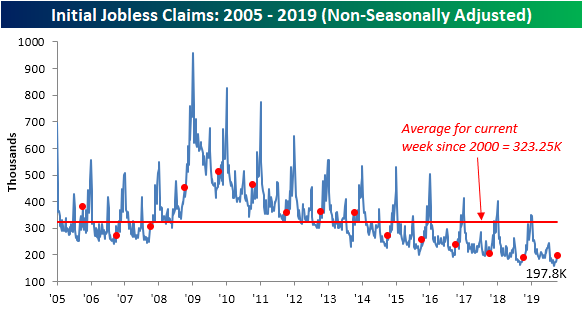