For the fourth week in a row, initial jobless claims have made a move lower coming in at 406K.  That is down 38K from last week’s unrevised level of 444K. That brings claims to the lowest level of the pandemic, and just 150K above the last sub-one million print in March of last year. 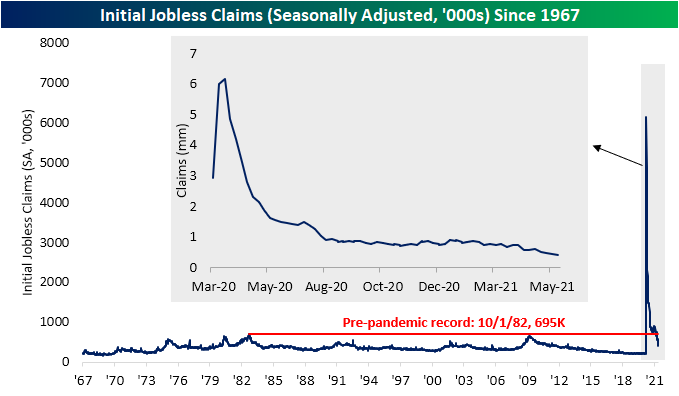 On a non-seasonally adjusted basis, the picture is equally as positive. Claims through the regular state program fell to 420.5K which is again the lowest level since the start of the pandemic.  Including other programs no longer significantly increases the total claims count either.  PUA claims came in below 100K for the second time in a row this week as they printed at 93.5K. As we noted last week, some states have announced plans to do away with programs like PUA, so this number will become more and more negligible. 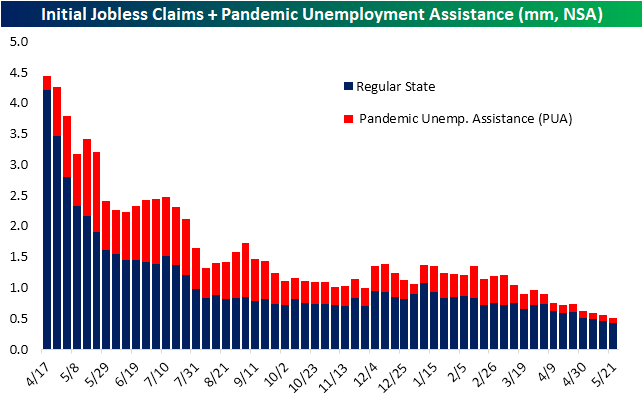 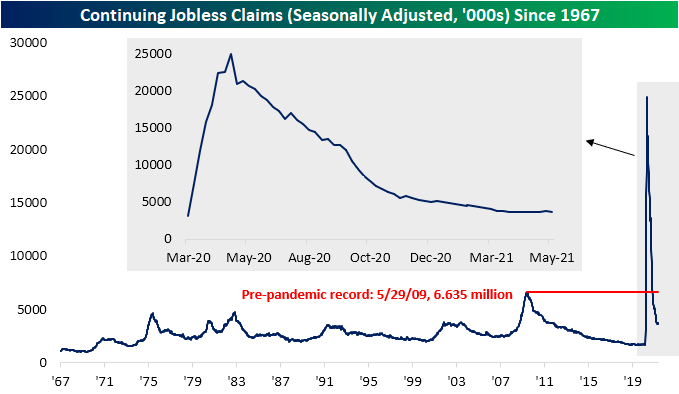 Before seasonal adjustment, the picture is much better.  Regular state claims through May 14th have fallen for 12 weeks in a row with the 150K drop this week the largest week-over-week decline since March 12th.  Factoring in other programs for a more complete picture delays the data yet another week, but it does paint an even more optimistic picture.  After rising at the start of the year, total claims across all programs peaked during the week of February 19th at 20.7 million.  In the roughly three months since then, claims have generally ground lower having fallen by 4.9 million. While regular state claims have dropped by 1.18 million in that time, PUA claims have been a bigger contributor to the total decline having erased 1.87 million claims.  Pandemic Unemployment Assistance and Extended Benefits programs have also been significant contributors to the overall decline in claims. Combined, these two programs have seen a 1.8 million drop. In other words, while it may not be apparent from the headline seasonally adjusted number, continuing claims are improving alongside initial claims.  Click here to view Bespoke’s premium membership options for our best research available. 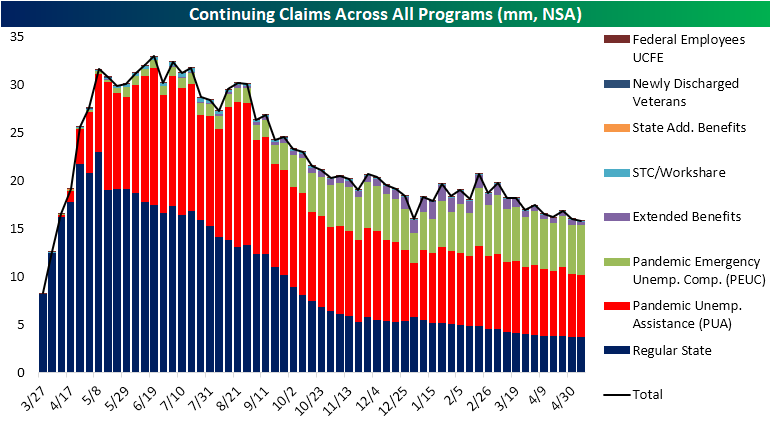 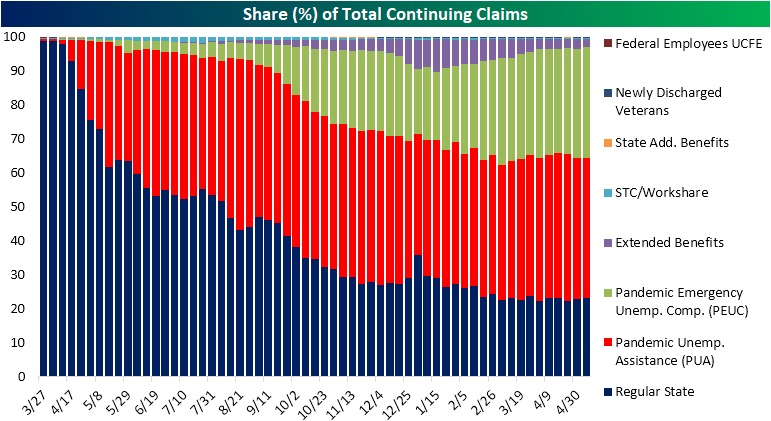