The widely quoted seasonally adjusted initial jobless claims number for this week was 881K, which was well below estimates of 950K and last week’s print of 1.011 million. While that is a decline, a like for like comparison of this week’s data to past readings is not entirely accurate.  This week was the first week that the Department of Labor changed the seasonal adjustment methodology.  In a nutshell, previously the DOL had utilized a multiplicative seasonal effect which is dependent on the level of claims meaning at times of sudden large moves like the past several months, seasonal adjustments tend to over-correct. Instead, the DOL will now use an additive seasonal effect which is independent on the level of the series and should mitigate over or under adjustments. At this point, past weeks’ readings were not revised with this new adjustment methodology and will not be revised until the usual annual revisions at the start of the calendar year.

As a result of the changes in seasonal adjustment methodology, looking at the non-seasonally adjusted numbers is a better look at the data for the time being.  NSA initial claims rose slightly by 7.6K to 833.4K this week.  That is the smallest weekly change since June 25th when they fell by 3.3K.  That leaves claims up 659.8K versus the same week last year. 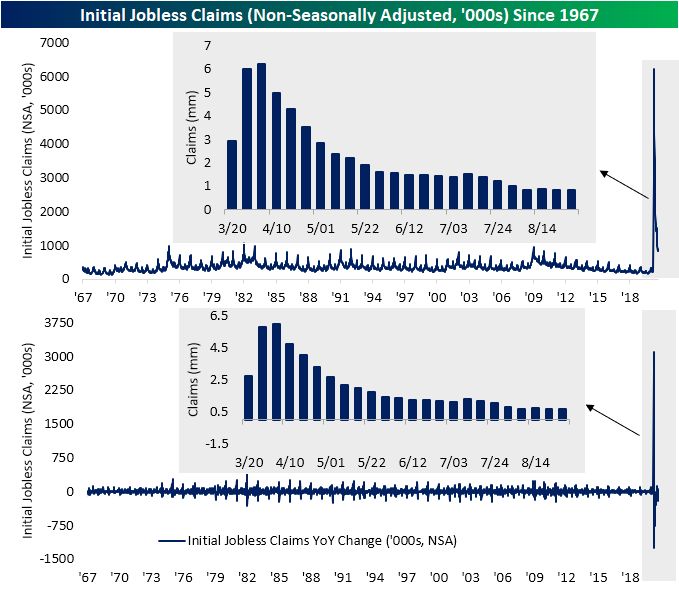 As for continuing jobless claims, on a non-seasonally adjusted basis claims were lower by 764.7K.  Now at 13.1 million, continuing claims are at their lowest level since early April, albeit they remain up significantly compared to the same week last year. 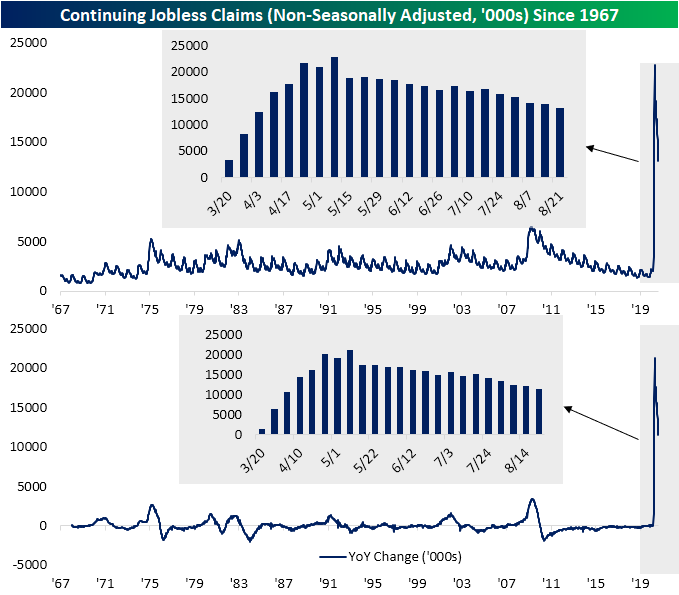 While the regular number for claims has been headed lower for both initial and continuing claims, factoring in Pandemic Unemployment Assistance it is not as strong of a picture.  Initial PUA claims have risen for a third consecutive week coming in at 0.76 million today.  That is the highest amount since late July bringing total claims (PUA + regular claims) to 1.59 million; that is the highest since the last week of July.  As for PUA continuing claims, which are lagged another additional week, this week saw a 2.598 million jump in claims. That was the largest one week increase since mid-May and brings total continuing claims to their highest level since July 17th despite a consistent move lower in normal continuing claims. While that is a weaker reading than the past few months, part of that week over week increase could be due to seasonality as claims tend to trend higher from September through the end of the year. Click here to view Bespoke’s premium membership options for our best research available. 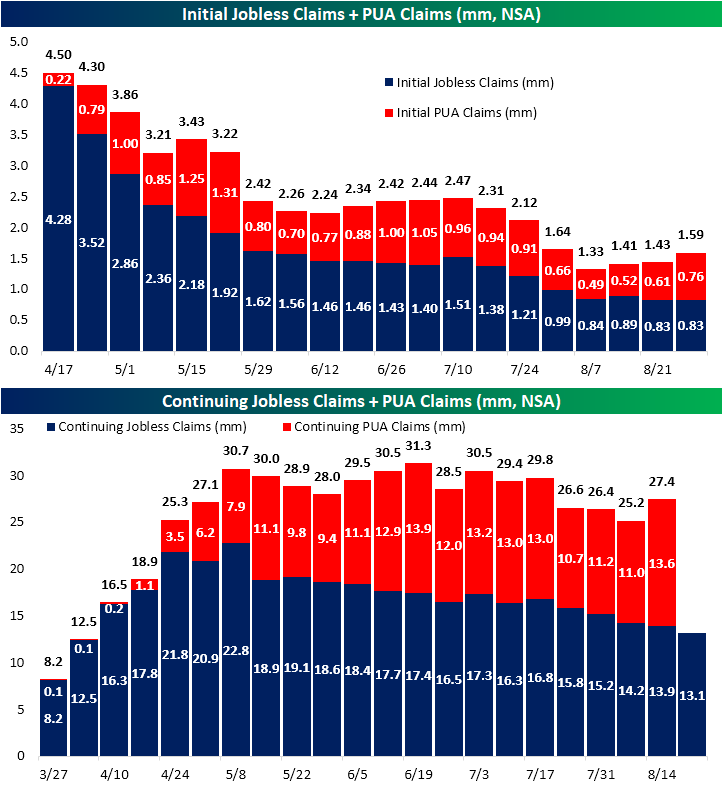