You know it’s getting bad when inflation starts to trend on Twitter, but that’s where we find ourselves this morning with the terms ‘#GasShortage2021’ and ‘#inflation’ both trending on our Twitter feed.

On Google, the frequency of searches for the term inflation looks like it’s on its own path straight to the moon. 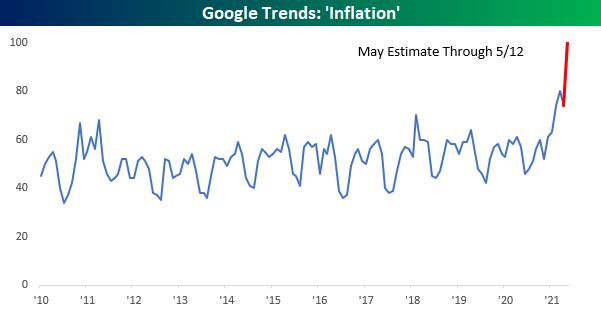 These real-time indicators of concerns over inflation also manifested themselves in the ‘official’ inflation data this morning as y/y CPI surged to 4.2%, eclipsing the prior post-financial crisis highs.  Not only that, but if CPI is unchanged on a m/m basis in May (highly unlikely), the y/y reading will climb to 4.3% given the decline last May.  If we assume that May’s m/m change is the same as the average so far this year, it would imply a 4.8% y/y change. 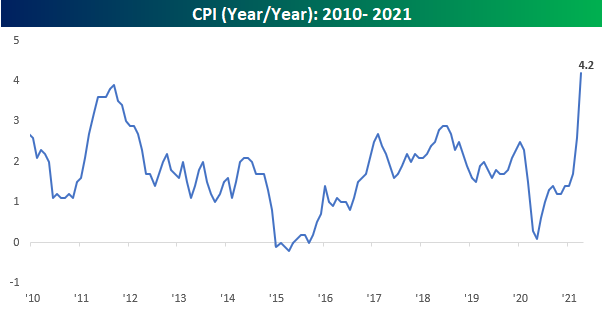 Even assuming that inflation only rises at the average m/m rate so far this year may be conservative at this point.  That’s because the rate of increase on a m/m basis has now accelerated for six straight months.  Going all the way back to the 1940s there’s never been a streak that long.  Just for some perspective, if CPI increases by the same rate in May as it did in April, headline CPI will clock in at 5.1%. 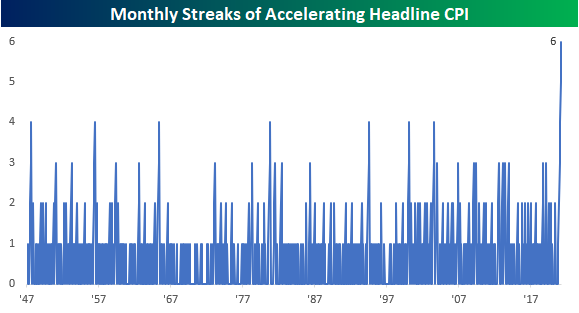 While the current level of CPI looks very high relative to the post-financial crisis period, from a longer-term perspective, it still has yet to show signs of breaking out from its thirty-year range.  Based on the pain from prior spikes, let’s hope it stays that way.  Click here to view Bespoke’s premium membership options for our best research available. 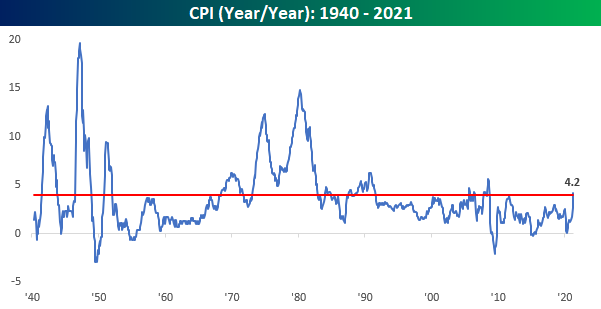