Sentiment on the part of small businesses held firm in April instead of the further decline that was expected. The headline index came in unchanged at 93.2 versus estimates of a 0.3 point decline to 92.9.  That remains some of the lowest readings since the early days of the pandemic. 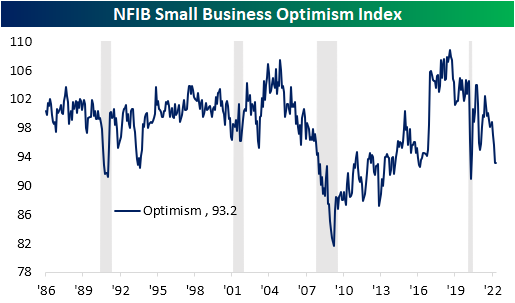 Under the hood of this month’s report, individual categories were mixed.  Like the optimism index, there were four categories that went unchanged month over month while another four were higher.  The rest declined with some of those drops resulting in historic lows. Along with other global macro releases, in today’s Morning Lineup we noted the broad weakness in labor market indicators in this month’s report.  Businesses reported negative net hiring (unchanged from last month) as there are also still elevated plans to take on new talent but positions are historically hard to fill. 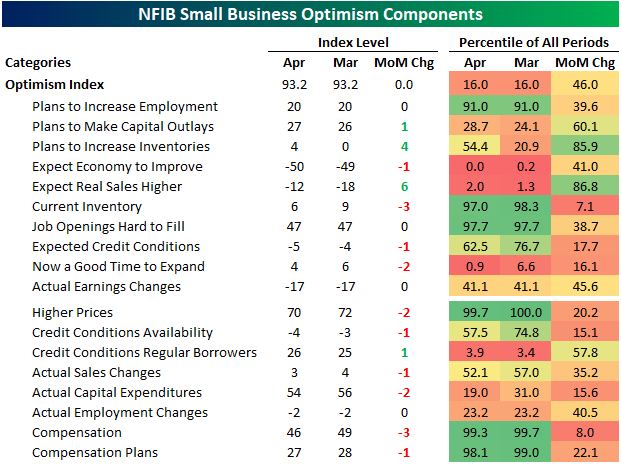 The most stand-out category is the outlook for general business conditions.  This index points to record pessimism on behalf of small businesses. A net 50% of responding small businesses reported that they expect the economy to worsen versus improve in the next six months. Meanwhile, the percentage of respondents reporting now as a good time to expand dropped another 2 points and is in the bottom 1% of readings on record; only one point above the April 2020 low. Alongside those record/near record low readings, reported price increases pulled back slightly, though, the index remains at levels well above any precedence. 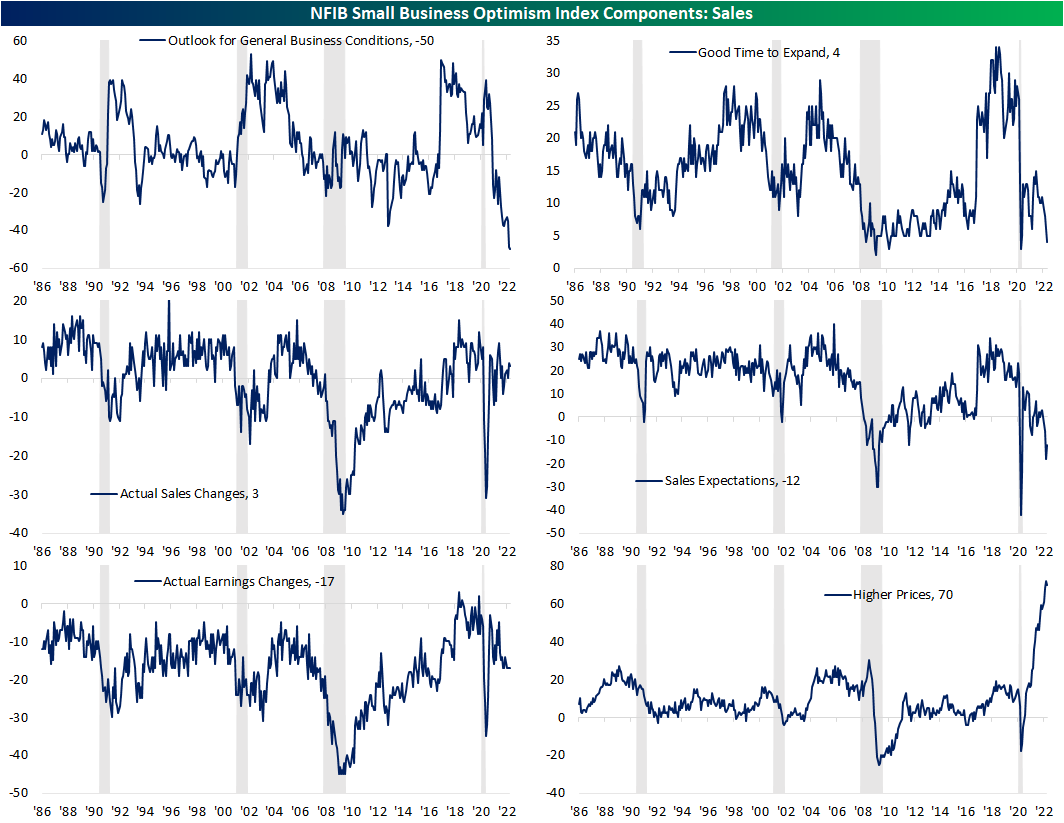 The NFIB also provided some more granular detail as to why businesses are reporting a lack of plans to expand.  As we often note, the survey is often sensitive to politics and that is coming through here. 11% and 8% of responses blamed politics as the reason why now is either not a good time to expand or uncertain that now is a good time, respectively.  With few respondents looking to expand on a net basis coinciding with a historic low for expectations for the economy to improve, of course, the dour economic outlook on the part of small businesses is the most widely reported reason to not expand.  As shown below, 36% of responses blamed economic conditions as the reason they are not expanding and another 20% that reported uncertainty that now is a good time also blamed economic conditions.  While insightful, “economic conditions” is a fairly vague term not providing much further insight into what exact economic conditions are holding businesses back (i.e. inflation or lack of labor). 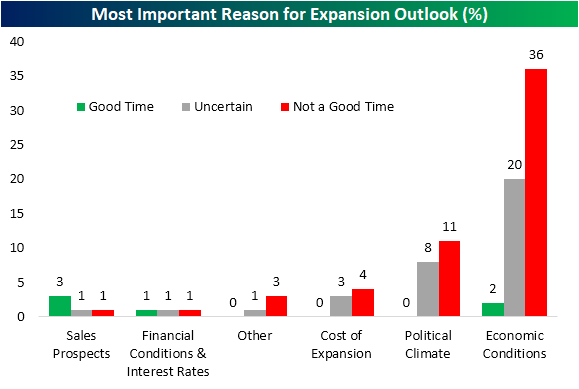 That being said, we can extrapolate that inflation is likely the biggest reason.  For starters, reported higher prices (inverted below) have surged during the pandemic right alongside the free fall in the outlook for general business conditions. Additionally, the percentage of respondents reporting inflation as their firms’ biggest problem hit another record high of 32% this month.  Click here to learn more about Bespoke’s premium stock market research service. 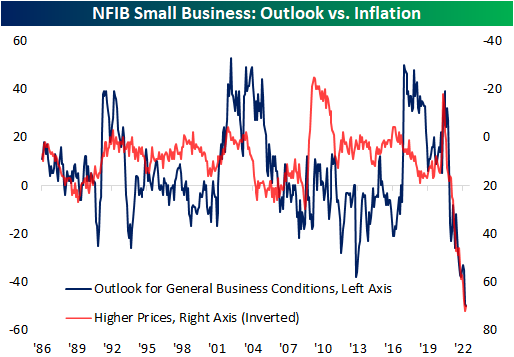