The New York Fed released its monthly Survey of Consumer Expectations (SCE) earlier today, and expectations for inflation over the next year surged to the highest level (4.8%) in the history of the survey (since June 2013).  As shown in the chart below, inflation expectations have roughly followed actual levels of y/y CPI over the years, so with CPI surging to 5.0% in May, the spike higher in expectations shouldn’t come as too much of a surprise. 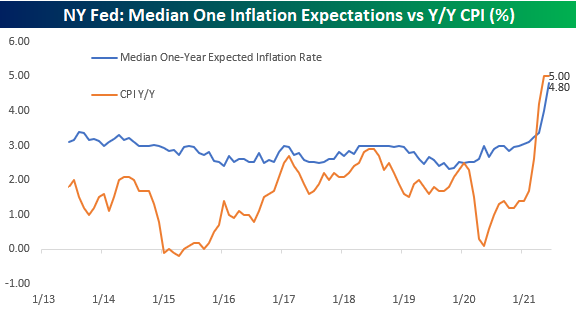 While the one year ahead forecast on the part of US consumers surged, expectations for the next three years have been more restrained, suggesting that consumers, like the Fed, expect these inflation pressures to be temporary. 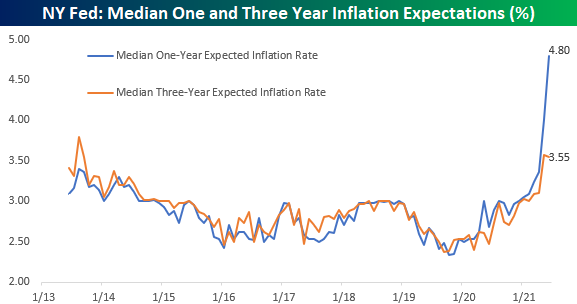 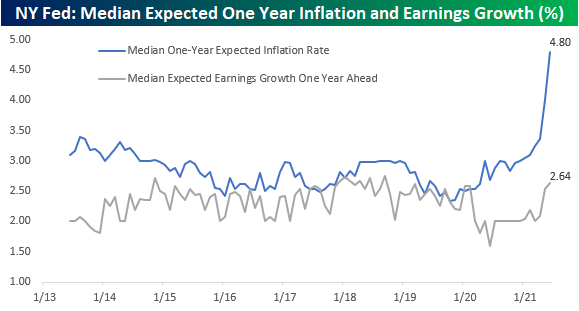 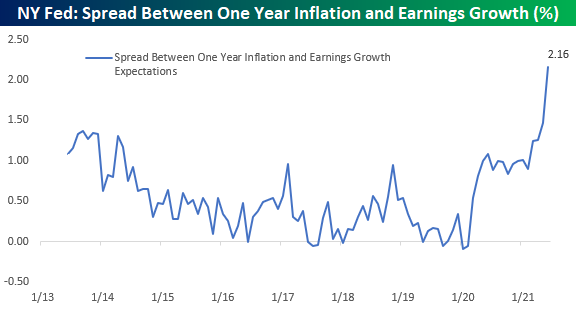 Among other questions, the SCE also asks consumers about their views towards the stock market.  In this month’s survey, only 40.2% of consumers expect stock prices to be higher one year from now. In an environment where most sentiment surveys are overwhelmingly bullish, this survey of stock prices seems somewhat restrained.  One interesting aspect of this part of the survey, though, is that in early 2020, when most sentiment surveys saw a spike higher in bearish sentiment, this one saw bullish sentiment surge to the highest level in the history of the survey.  Click here to view Bespoke’s premium membership options and to sign up for a trial to any one of them. 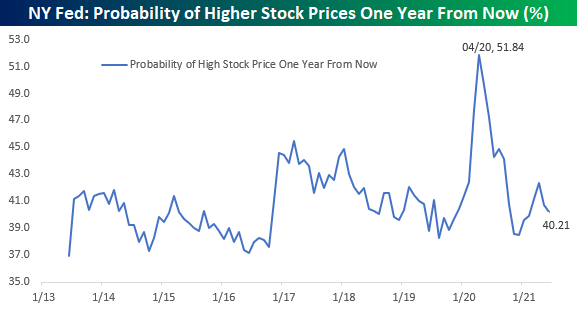