The NFIB surveys small businesses each month asking respondents what the most pressing problem is for their business. In the May report, the most prominent problems were government regulations and taxes with 35% of businesses reporting as such.  The next biggest problems were the cost and quality of labor.  While labor-related issues remain a pressing concern for the bulk of businesses going unchanged at 34% in June, government-related problems fell off a cliff. The combined reading fell from 35% down to 29%.  The combined six-point drop was the largest since an identical-sized month-over-month decline from December 2014 to January 2015. Another area to see a significant decline was Competition from Big Business which fell 2 percentage points to 6%; the biggest one month decline in a year. That was matched by an increase in the number of firms reporting poor sales as their biggest issue.

In an earlier post,  we noted how the June NFIB survey of small businesses showed a surge in prices and wages. As such, the percentage of businesses reporting inflation as the biggest problem surged to the highest level in over a decade.  That index alone rose 5 percentage points to 13%. November 2008 was the only other month on record in which this reading rose by as much as it did in June. While it was a far less alarming increase, there was also an uptick in the percentage of businesses stating the cost/availability of insurance is an issue, although, the current reading is still below that of just a couple of months ago. 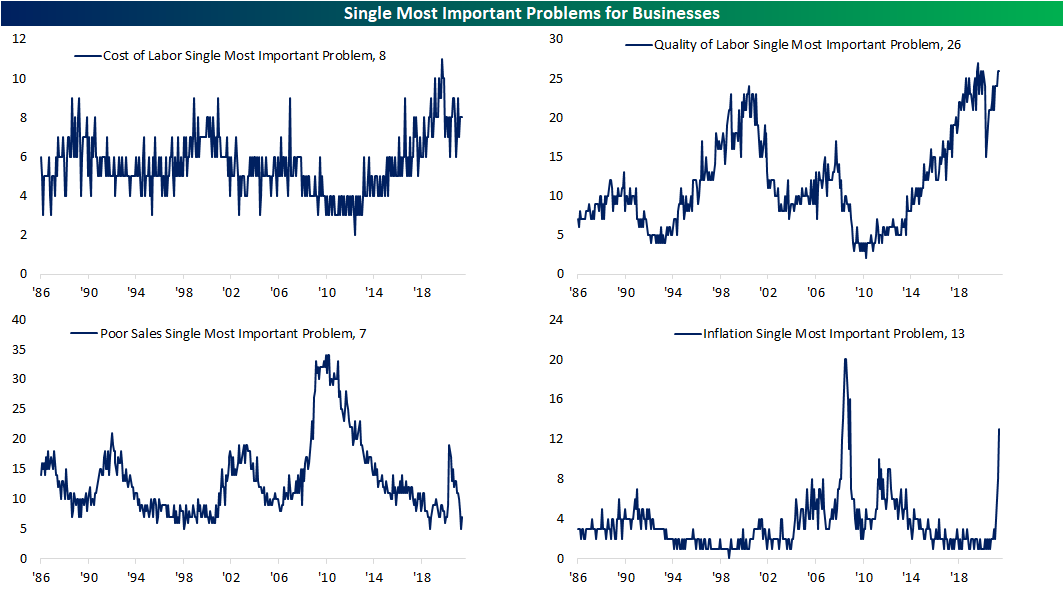 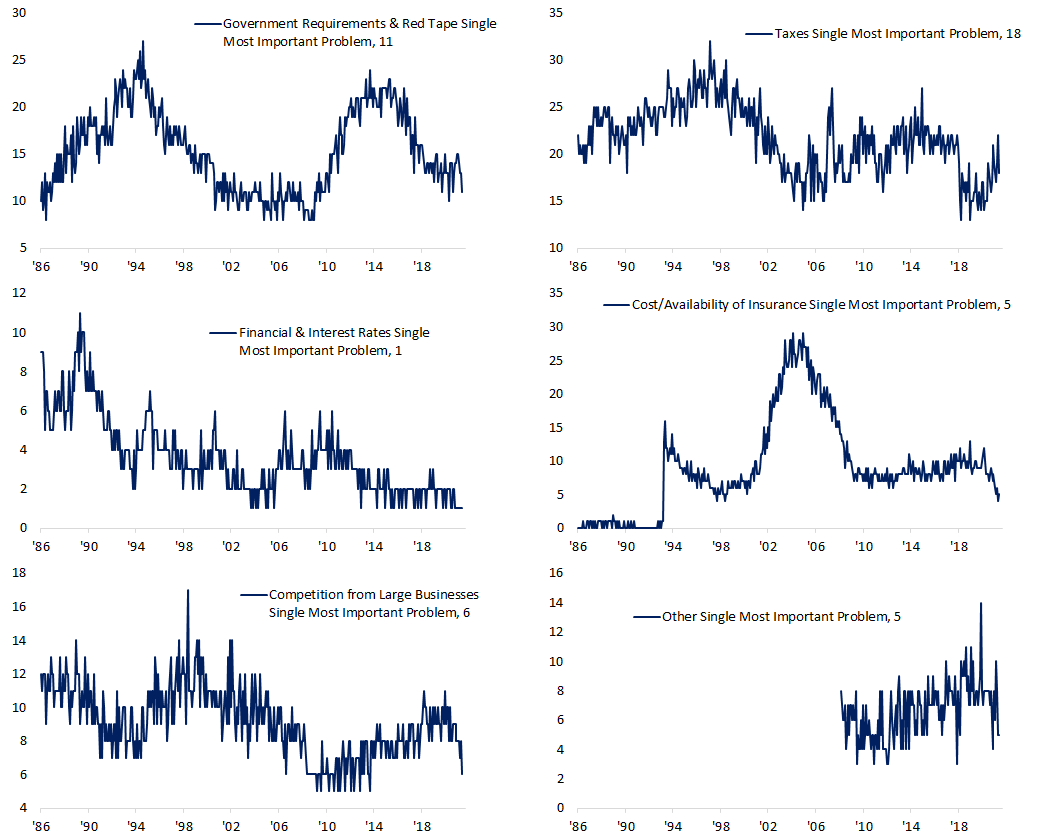 As previously mentioned, while businesses are less concerned with government-related problems, substituting for inflation concerns, the NFIB’s index of Economic Policy Uncertainty has been ticking higher over the past few months and is now at the highest level since around the time of the election although the current reading is still much more modest than back in the fall. Click here to view Bespoke’s premium membership options. 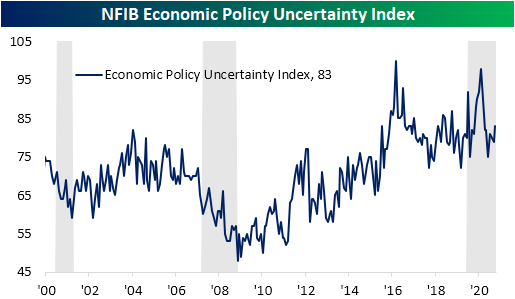