Last week saw a massive decline in optimism according to the AAII‘s weekly investor sentiment survey. In fact, bullish sentiment saw its largest one-week decline in over two years. Even though the S&P 500 has technically declined more in the week leading up to this week’s survey than last week’s, sentiment actually improved with the percentage of respondents reporting as bullish rising from 22.4% to 29.9%.  That was the biggest one-week increase since the first week of July, but the percentage of bullish respondents is still well below the past year’s range. 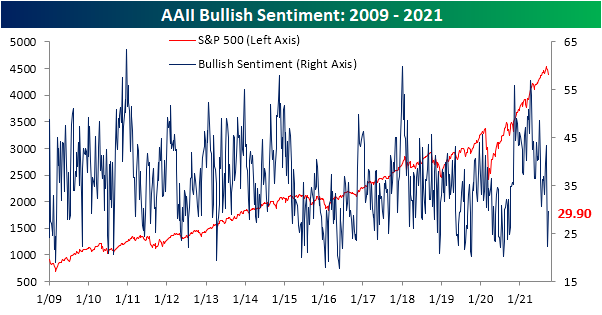 Even though there was a big pickup in bullish sentiment, bearish sentiment was only little changed.  This reading only fell 0.1 percentage points to 39.3%. That remains at a level above anything observed since last fall. 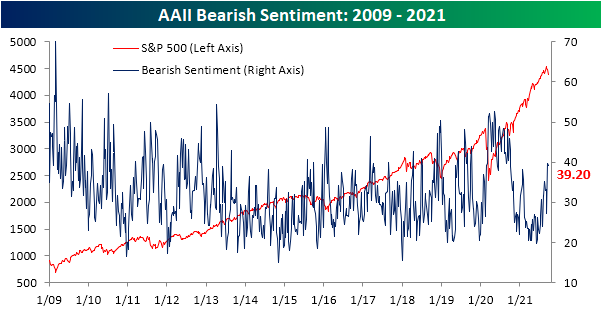 That means that mostly all of the gains to bullish sentiment this week borrowed heavily from the neutral camp.  Neutral sentiment fell sharply this week shedding 7.4 percentage points.  That was the biggest one-week decline since a 7.5 percentage point drop in the first week of August. 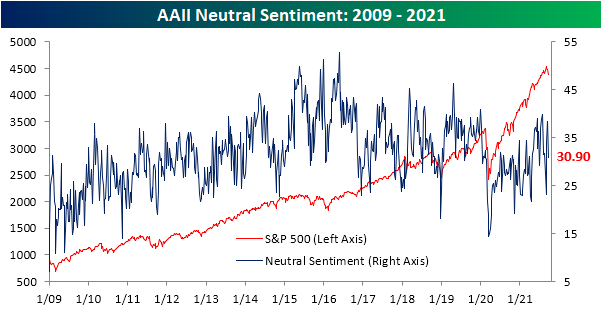