Looking across the various ETFs tracking the stock markets of the 23 countries tracked in our Global Macro Dashboard, by far the best performer in the month of August was India (INDA) which rallied 8.75%.  A large portion of those gains occurred in the final days of the month as well.  As shown in the matrix below, over the past five days alone INDA has gained 4.74% which brings it almost 3 standard deviations above its 50-DMA. INDA is also currently at a 52-week high alongside the US (SPY) and Russia (RSX).

INDA is not alone in having become deeply overbought after big moves in recent days.  Japan (EWJ), Russia (RSX), Malaysia (EWM), and Mexico (EWW) are also trading over 2 standard deviations above their 50-DMAs. The latter two were also the runners-up in terms of strongest performers in August.  In the case of the former two, just last week they were actually in neutral territory as is the case with a number of other country ETFs. No country has seen as dramatic of a move within its trading range than South Africa (EZA), though.  One week ago, it was oversold. After rallying 5.79% in the past five days, it has not only taken out its 50-DMA but is now 1.6 standard deviations above it.  Looking across the aforementioned countries, and as we mentioned yesterday, one common theme in August was the outperformance of emerging market countries.  Tose countries gained an average of 2.21% last month versus a 0.85% gain for developed markets. 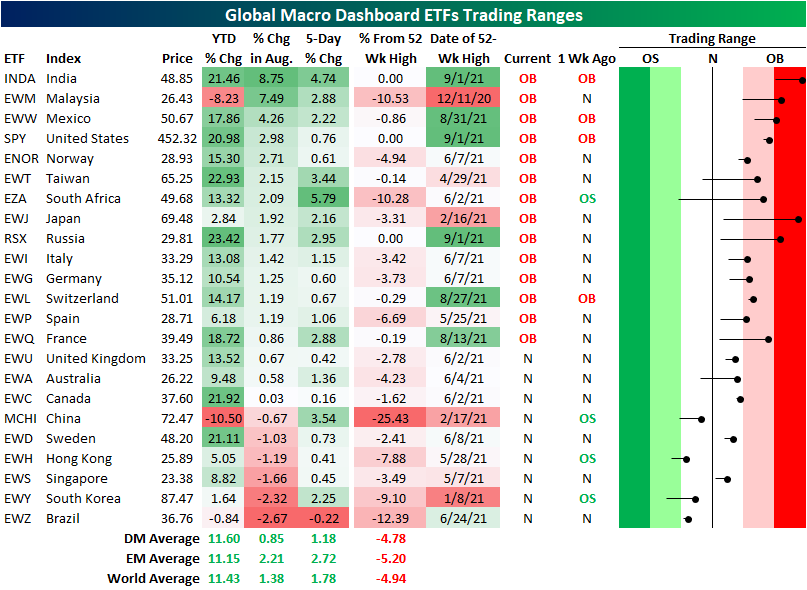 Looking at G7 countries, the US has stood out as a notably solid performer.  As shown below, the US (SPY) has been in a consistent uptrend over the past year whereas other G7 members have been sideways at best since the spring. With that said, there have been improvements more recently for some countries.  The most concrete example is Japan.  EWJ has been consolidating over the past few months, but it broke out of its 2021 downtrend this week.  Gaining 1.74% today alone, EWJ is at the highest level since early June.  France (EWQ) is also having a big day with a 2.2% gain, bringing it right up to the highs from mid-August and early June. 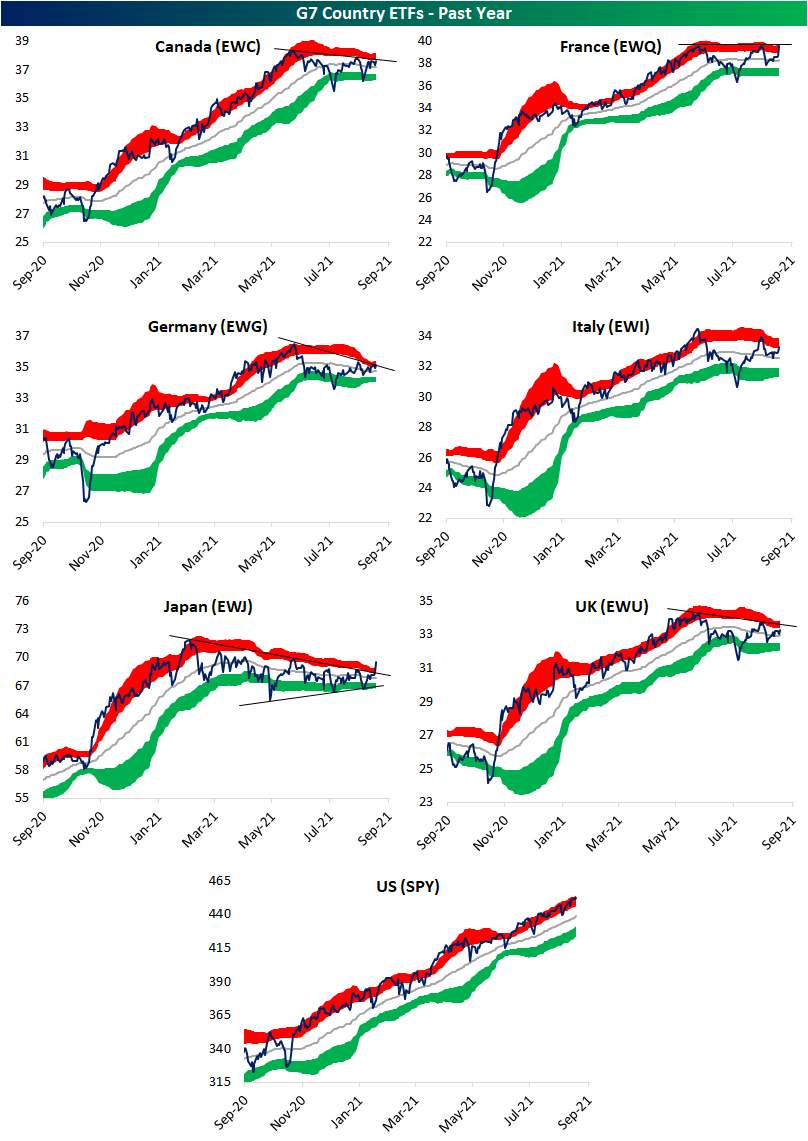 Like France, there are a handful of emerging market countries that have also broken out recently or are nearing a breakout. Mexico (EWW) and Russia (RSX) both took out their highs from the spring and earlier this summer in the past couple of sessions. While it has not put in a new 52-week high just yet, Taiwan (EWT) is likewise attempting to take out prior highs. Meanwhile, we also wanted to highlight the chart of INDA. As previously mentioned, INDA posted big gains over the past month, and as such, the chart is looking quite elevated. Click here to view Bespoke’s premium membership options. 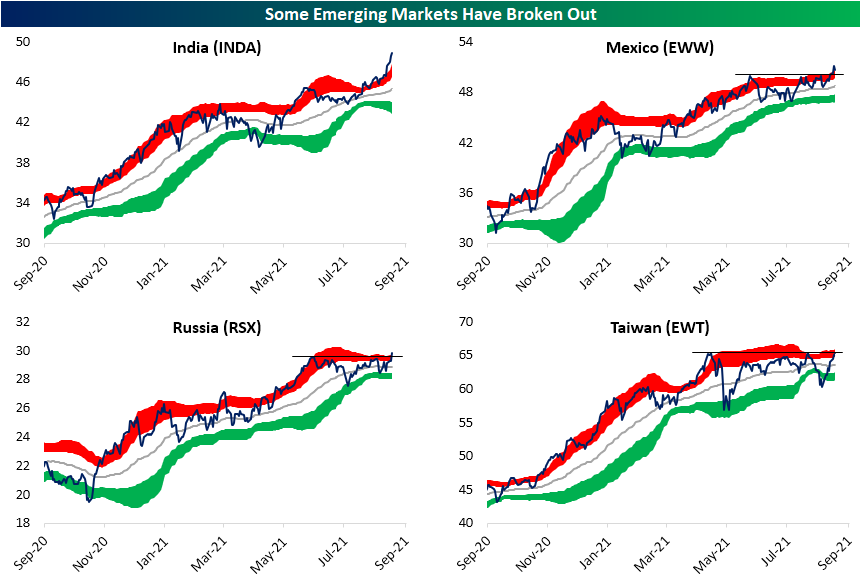