For the second week in a row, initial jobless claims showed an improvement. Rather than the decline to 875K that had been penciled in by economists, first-time claims fell to 847K from 914K last week.  Claims have now fallen 80K since the multi-month peak two weeks ago but are still 136K above the pandemic low of 711K from the first week of November. 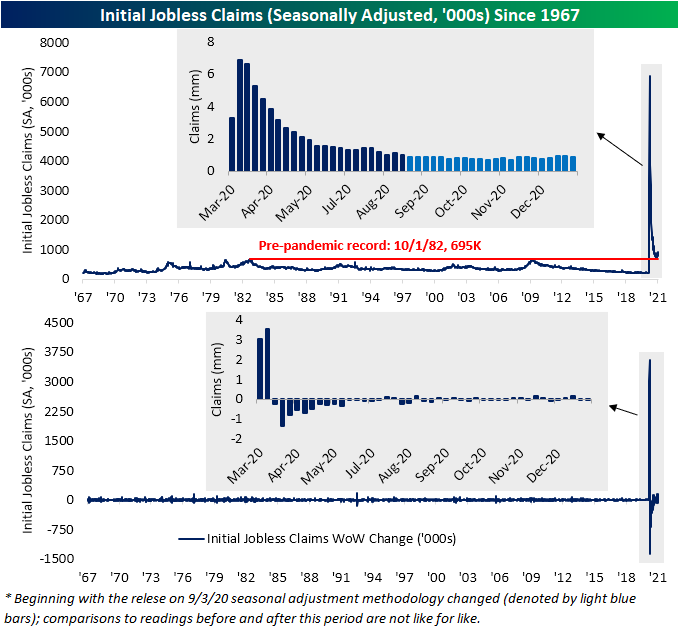 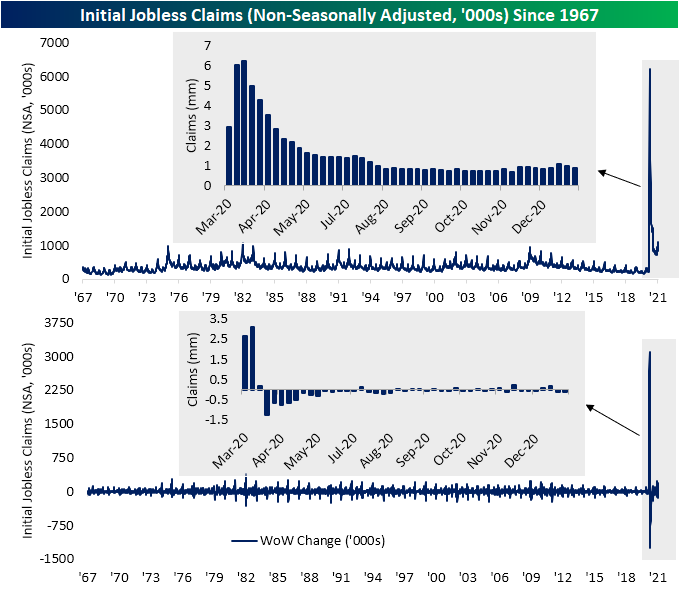 Last week, we noted how the decline in regular state claims was not necessarily shared by claims for Pandemic Unemployment Assistance (PUA).  This week, the two moved more in sync as more than 100K decline in regular state claims was accompanied by a 20.5K decline in PUA claims.  Combined, that makes for 1.3 million new claims this week; an improvement from the prior week but not as strong of a number as the start of the year/final weeks of 2020. 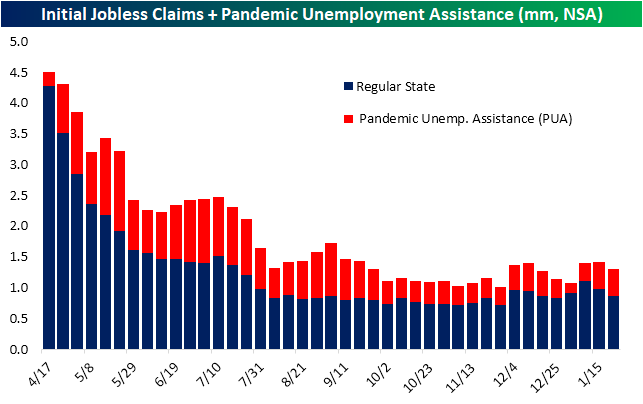 As for continuing claims, there have continued to be improvements as seasonally adjusted claims fell to 4.771 million rather than the 5.088 million reading that was expected.  Last week’s reading was also revised lower from 5.054 million to 4.974 million.  That means that total continuing claims fell below 5 million last week for the first time since March and stayed below 5 million in the most recent week. 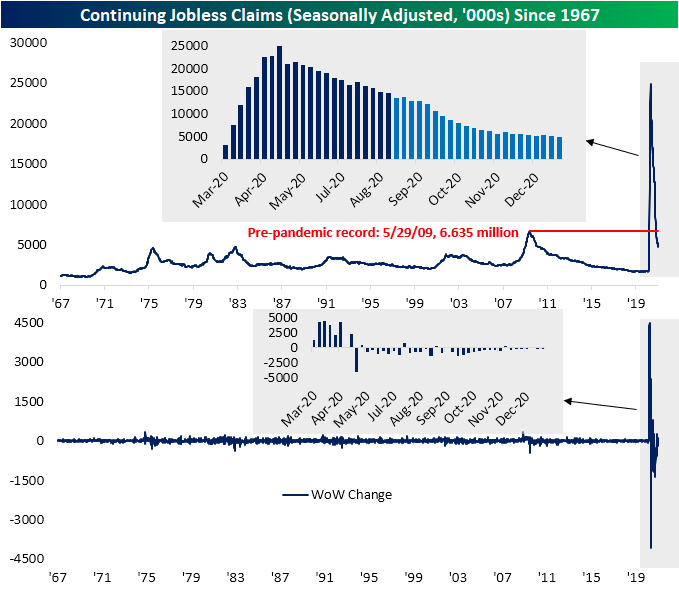 Including all other programs to garner a more complete picture of continuing claims adds a couple of weeks of lag to initial jobless claims data meaning the most recent week is for the week of January 8th.  The surge in initial jobless claims for that week showed up as total continuing claims across all programs rose from 16.022 million in the first week of the year to 18.319 million.  That was the first uptick of any kind since the week of November 27th when they rose by 1.6 million, and it was also the largest week over week increase since the week of May 8th when they rose by 3.793 million. The bulk of that uptick came from PUA claims which rose 1.627 million, but PEUC claims and the extended benefits program also saw increases of 836.6K and 96.04K, respectively.  As we have noted in the past few weeks, those upticks were likely the result of catch up from the end of 2020 as expirations of some of these programs were narrowly avoided with the signing of the spending bill.  Click here to view Bespoke’s premium membership options for our best research available. 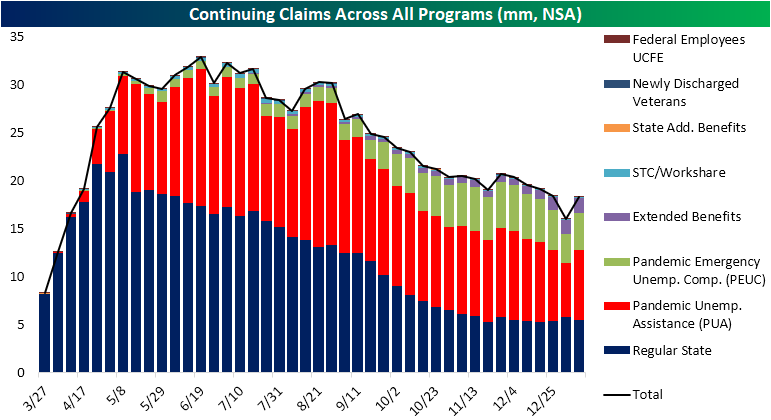 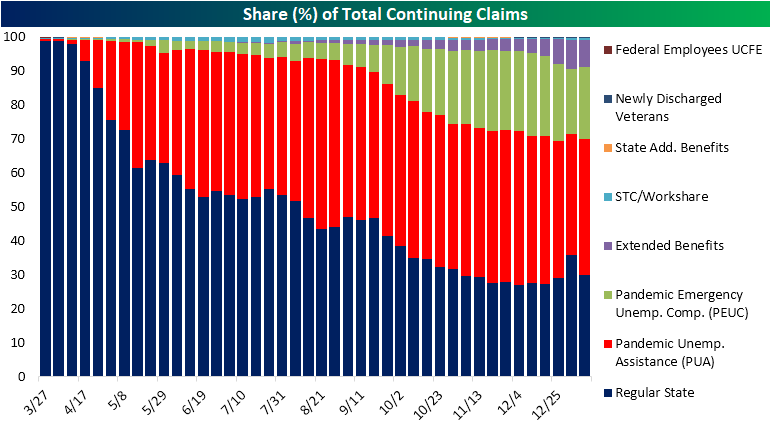