Impressive Reading From The Philly Fed

Of the several strong economic data points to have been released today, perhaps the strongest relative to expectations was the Philadelphia Fed’s monthly survey on the region’s manufacturing sector.  The headline index was expected to rise from 11.1 to 11.8. Instead, it more than doubled expectations rising to 26.5.  That is the highest reading since last February just before the pandemic’s full impact was felt.  Overall, the report showed the region’s manufacturing sector experienced strong growth in January with accelerating growth in demand, prices, and employment. 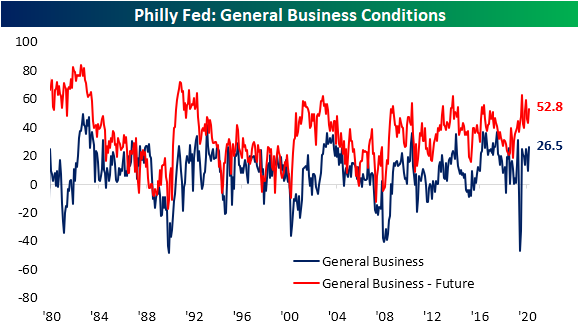 In the table below, we break down the various sub-indices of the report. Nearly every component experienced a month over month increase that ranks in the top few percentiles of their respective histories.  That also left most indices in the top decile of their historic ranges. That compares to last month in which most readings were far more moderate. Although most indices for current conditions saw impressive readings, the indices for expectations were much more mixed with a larger number falling than rising MoM. Given every one of these indices remains positive, though, the region’s manufacturers still have an overall optimistic outlook. 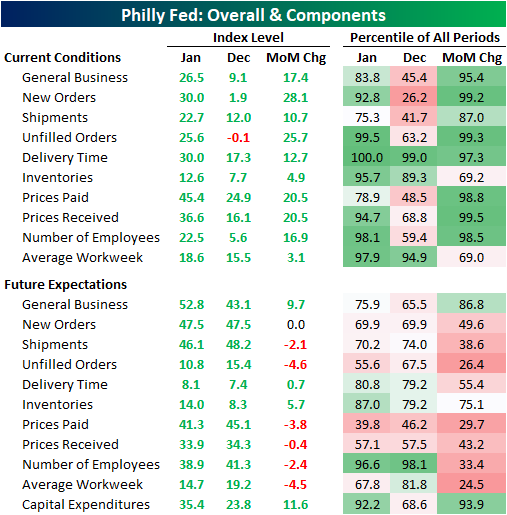 Of all the sub-indices, the New Orders index saw one of the most significant increases in January rising 28.1 percentage points from a barely expansionary reading of 1.9 to a much stronger reading of 30.  Going back over the past couple of years, the only times this index was higher was in October (32.9) and February (30.7) of last year. That indicates very strong new order growth after a slowdown in December.

Similarly, the index for unfilled orders was the only index in contractionary territory (those below zero) last month, but there was a massive improvement this month as the index surged to a reading of 25.6.  Both the level of the index and the monthly change stand in the top 1% of all readings going back through the history of the survey which began in 1968. The only times the index has been higher was in August of 1972 (26) and January (29.6) and March (45.1) of 1973.  In other words, New Orders remain strong while Unfilled Orders are bouncing back at a historic rate, 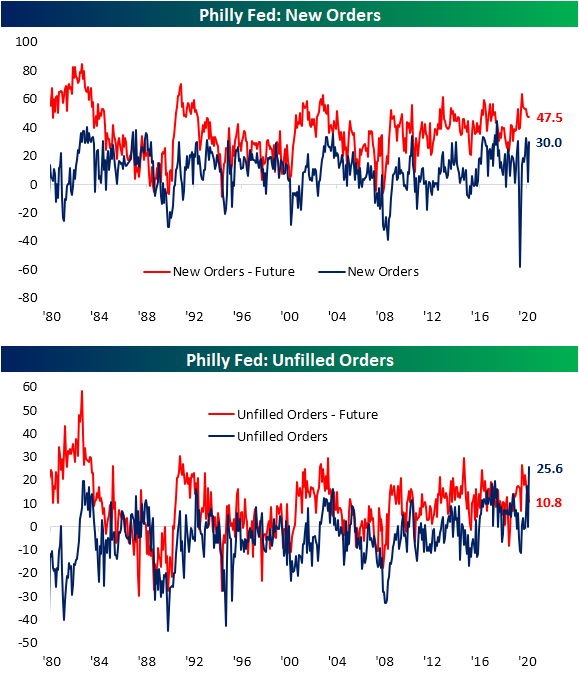 While the unfilled orders index reached one of the highest readings on record, the index for Delivery Times actually hit a new record.  The index rose 12.7 points to a record high of 30; surpassing the previous record of 21.3 from October of 2017.  Higher readings in this index indicate that supplier lead times are longer and vice versa for lower readings. That means a historic number of respondents are seeing delays in their supply chains. 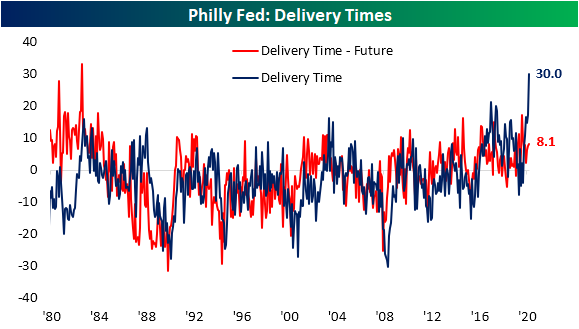 Perhaps to get ahead of the growing demand and longer lead times, businesses are also reporting higher inventories.  That index rose to the highest level since September of 2019 which also stands in the top 5% of all readings in the history of the data. 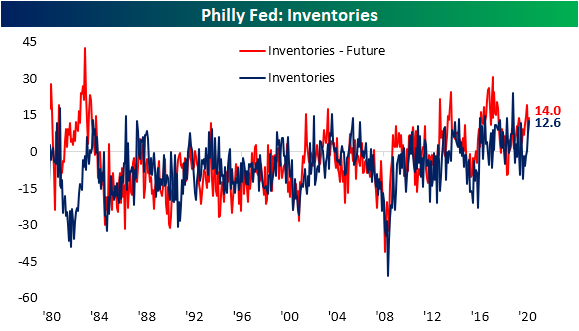 Given the stronger demand and tighter supply lines, prices have also been accelerating. Both Prices Paid and Prices Received experienced some of their largest monthly increases on record after rising 20.5 points in January.  At 45.4, the index for Prices Paid is at its highest level since August of 2018. Those price increases are also getting passed along to customers as the index for Prices Received is at the highest level since February of 1989. These results echo some other hints of more inflationary conditions like the New York Fed’s readings last week and the ISM services and manufacturing report earlier this month. Click here to view Bespoke’s premium membership options for our best research available. 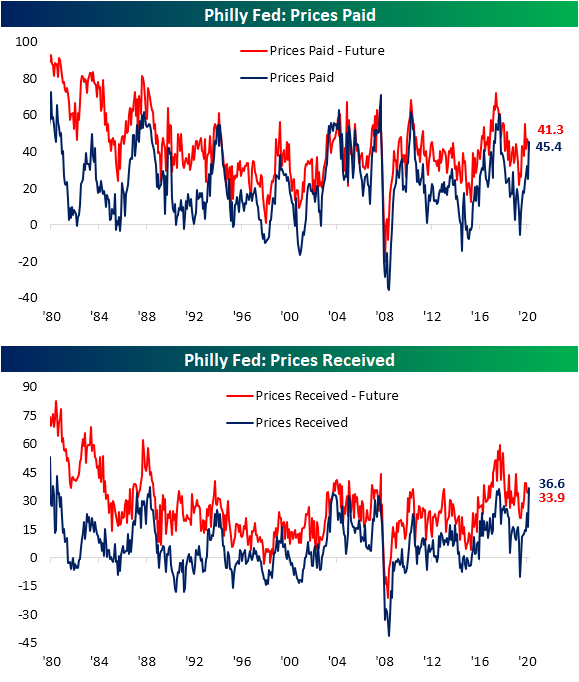