Last week’s initial jobless claims number had been the first break below 500K since the pandemic began. Although that no longer applies this week after a 9K revision higher to 507K, initial claims continue to impress as the most recent print saw a more considerable break below 500K. Claims this week fell 34K to another new low of 473K. In total over the past two weeks, initial jobless claims have now fallen 117K. 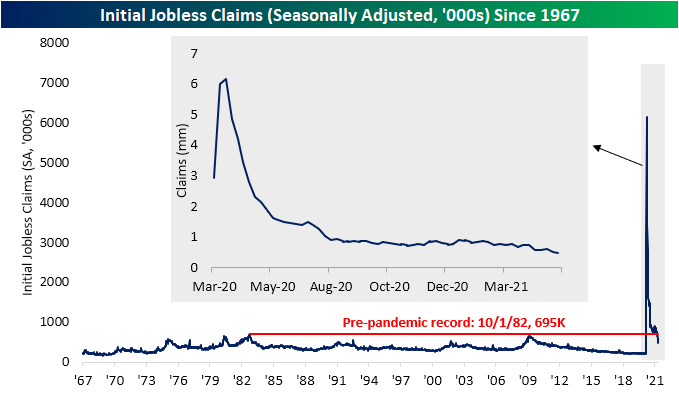 On a non-seasonally adjusted basis, regular state claims combined with claims from the Pandemic Unemployment Assistance (PUA) program totaled 590.97K this week; another pandemic low. The lion’s share of these claims are of the regular state programs as only 103.57K are PUA claims.  That reading was ever so slightly higher this week (up 1.76K) and remains just off the lowest level of the pandemic. 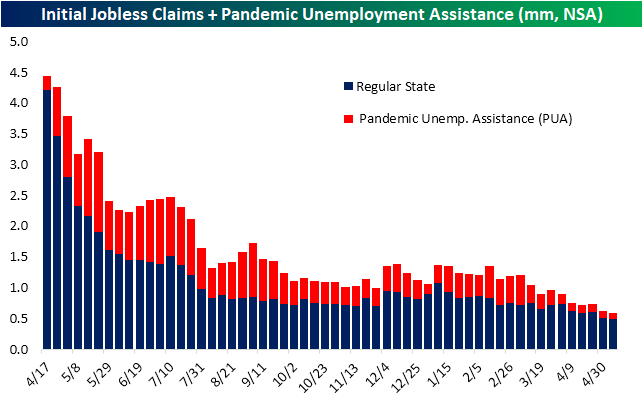 While initial claims have seen great progress over the past several weeks, continuing claims continue to be a bit more disappointing. For the first time since the week of April 9th, seasonally adjusted continuing claims did finally fall, dropping 45K to 3.655 million, but that was 5K less than the decline that had been penciled in by economists. Overall, the general trend remains the same.  Whereas there were massive improvements throughout much of 2020, the pace of those improvements slowed last fall. From the end of 2020 through the end of March, claims had averaged around a 100K decline per week. Since the start of April, it has slowed even further with claims averaging only a 14K decline over the past four weeks as shown in the second chart below. 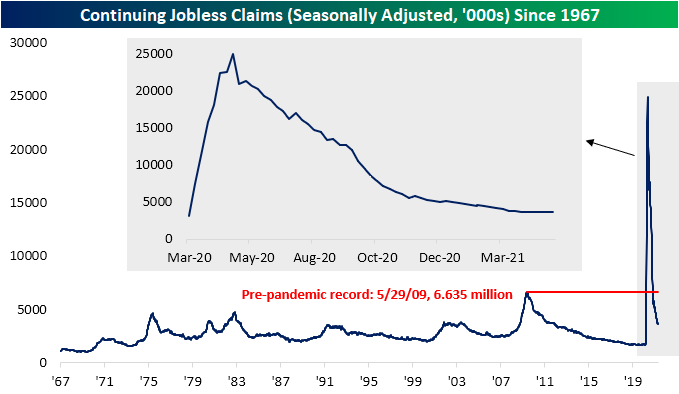 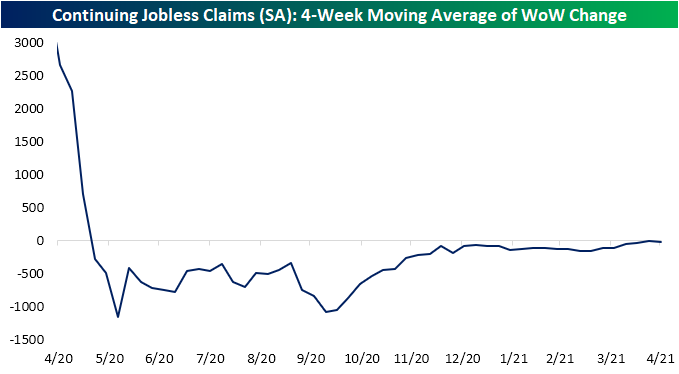 The picture is slightly better when including all programs (although this data is lagged by an extra week). Through the week of April 23rd, total continuing claims across all programs rose 697K to 16.884 million. While lower than most of the pandemic, that had erased the prior two weeks moves lower and was the largest one-week uptick since the first week of March.  That uptick was driven almost entirely by PUA claims and Pandemic Emergency Unemployment Compensation.   Click here to view Bespoke’s premium membership options for our best research available. 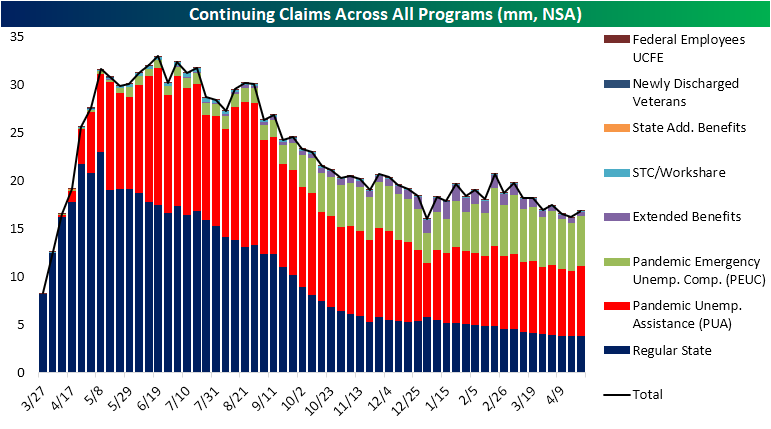 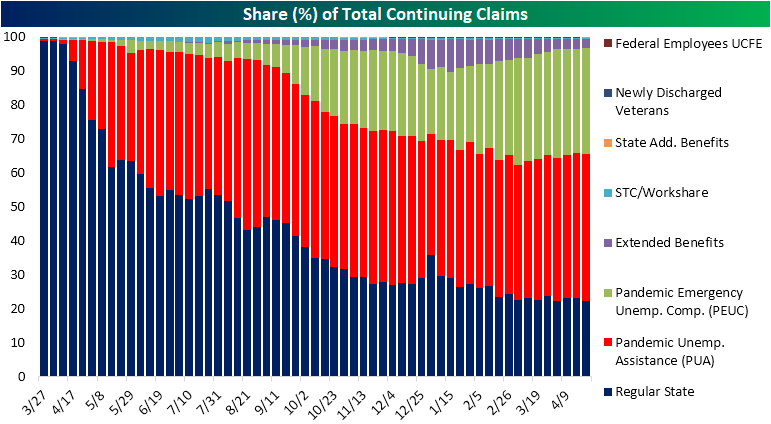