Last week’s jobless claims number went unrevised whereas the latest week’s data rose by 9K up to 228K.  That brings the seasonally adjusted number back up to the highest level since the end of August and was the first back-to-back increase since the first week of August. 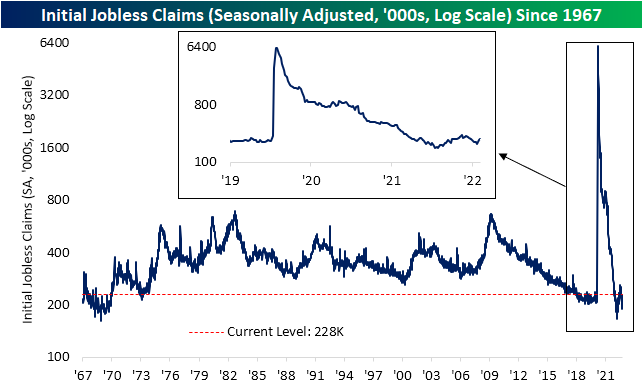 On a non-seasonally adjusted basis, claims remain a hair below 200K and in line with the readings from the comparable weeks of the year in the few years before the pandemic.  We would also note that the increase in claims at this point of the year is very much a regular occurrence. 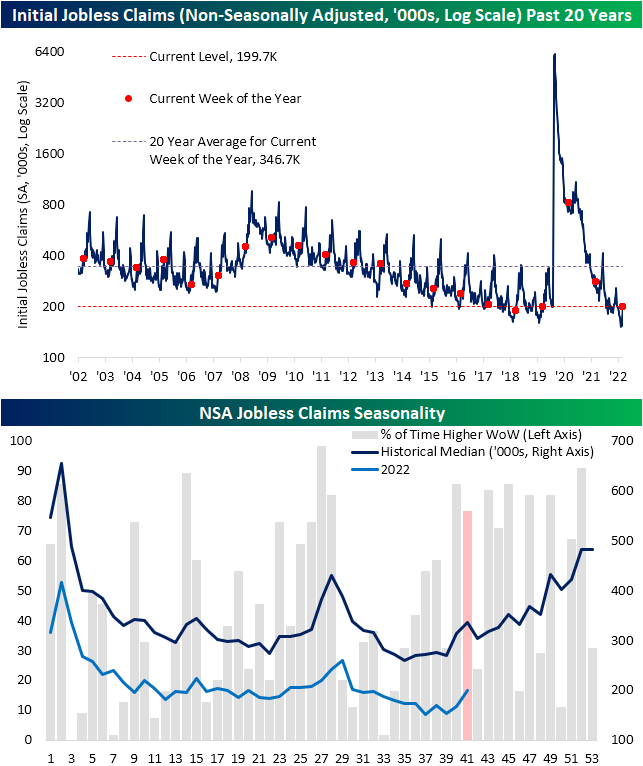 Turning to continuing claims, the latest print for data through the end of September saw a modest 3K increase to 1.368 million. That is only the highest level in three weeks as the indicator remains well below pre-pandemic levels, unlike initial claims. 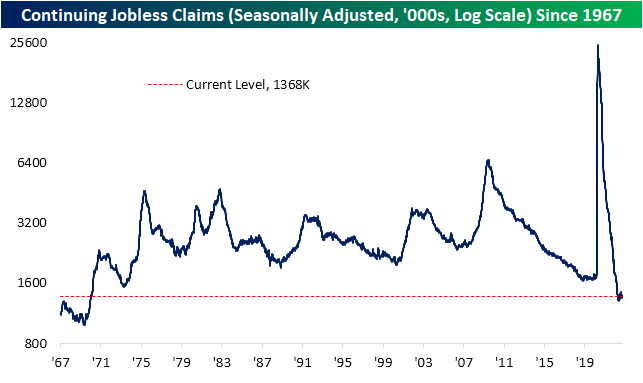 On a national level, claims are moving higher but it is perhaps too early to say we are in a new trend as opposed to things like seasonality and one-off events like the weather. While 80% of states and territories saw claims move higher this week,  a large share of the national move was concentrated in the Southeast likely as a result of Hurricane Ian.  In the table below, we show the state-level readings for initial and continuing claims (NSA).  Roughly a third of the national move in claims was thanks to claims in Florida more than tripling week over week. Now, initial claims in that state are at the highest level since May of last year. That was matched with a significant pickup in continuing claims as well. Although they have a smaller impact on national claims, other hurricane-impacted areas like Puerto Rico also saw a significant uptick in initial claims.    Click here to learn more about Bespoke’s premium stock market research service. 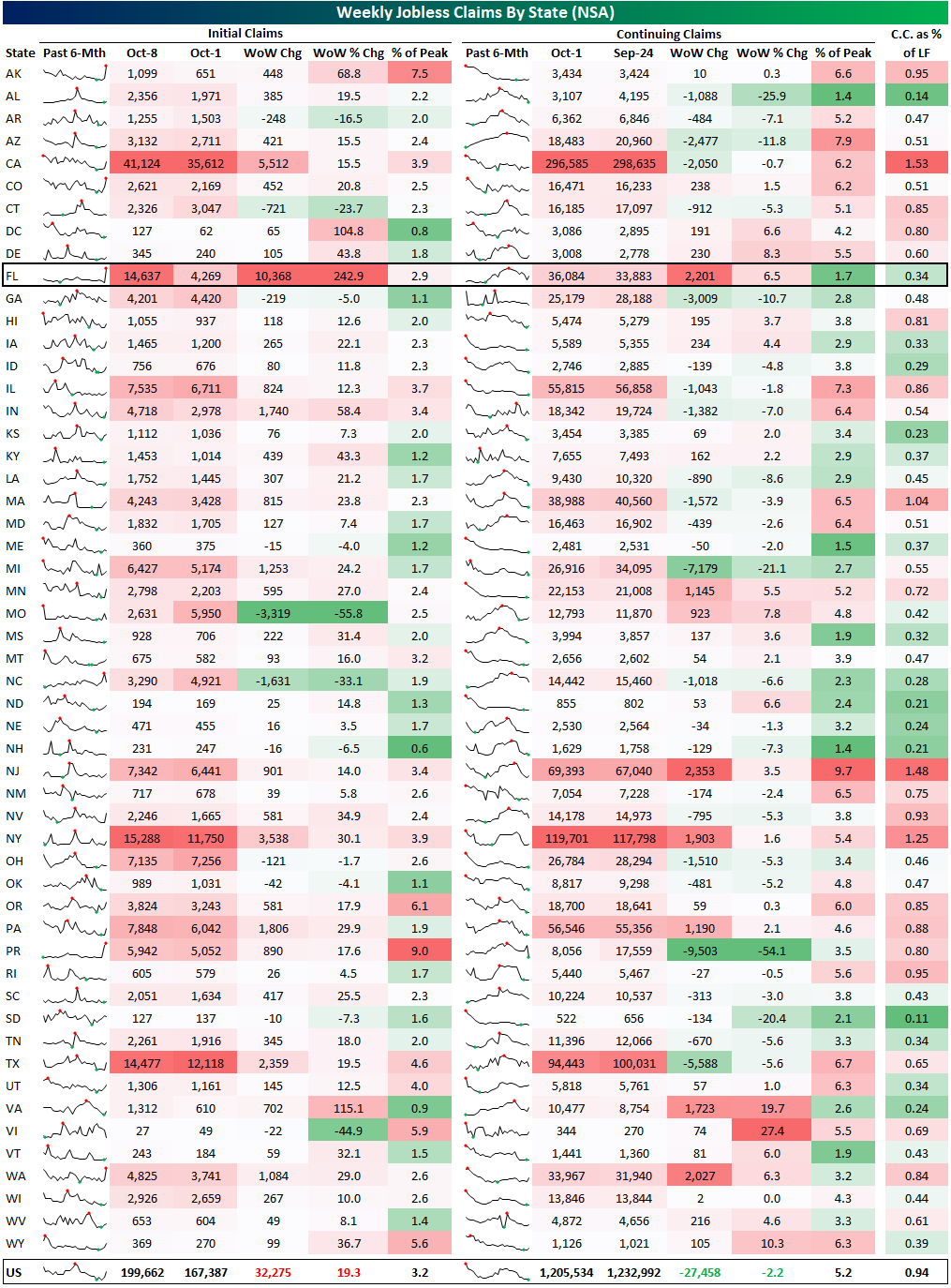