Over the past few weeks, high growth names have turned into a pain trade with the Vanguard Growth ETF (VUG) having fallen 11% from its February 12th closing high to the intraday lows last Friday; with a small rally in the second half of Friday’s session which has continued today, the ETF is now down 7.16% since the 2/12 high.  Meanwhile, in the same time frame, the iShares Select Dividend ETF (DVY) has risen 8.13% since its February 12th close, breaking out to new all-time highs both on Friday and again today 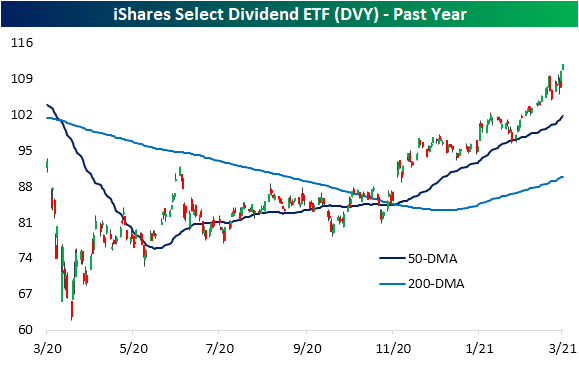 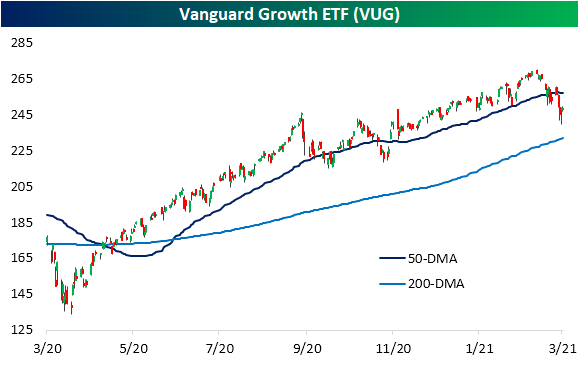 Looking at the screen of various styles of ETFs in our Trend Analyzer, the recent moves have brought VUG deep into oversold territory as of Friday’s close. Other growth-focused ETFs are similarly oversold. Meanwhile, the strong performance of dividend stocks has resulted in DVY alongside the S&P Dividend ETF (SDY) to be extremely overbought at more than two standard deviations above their respective 50-DMAs. 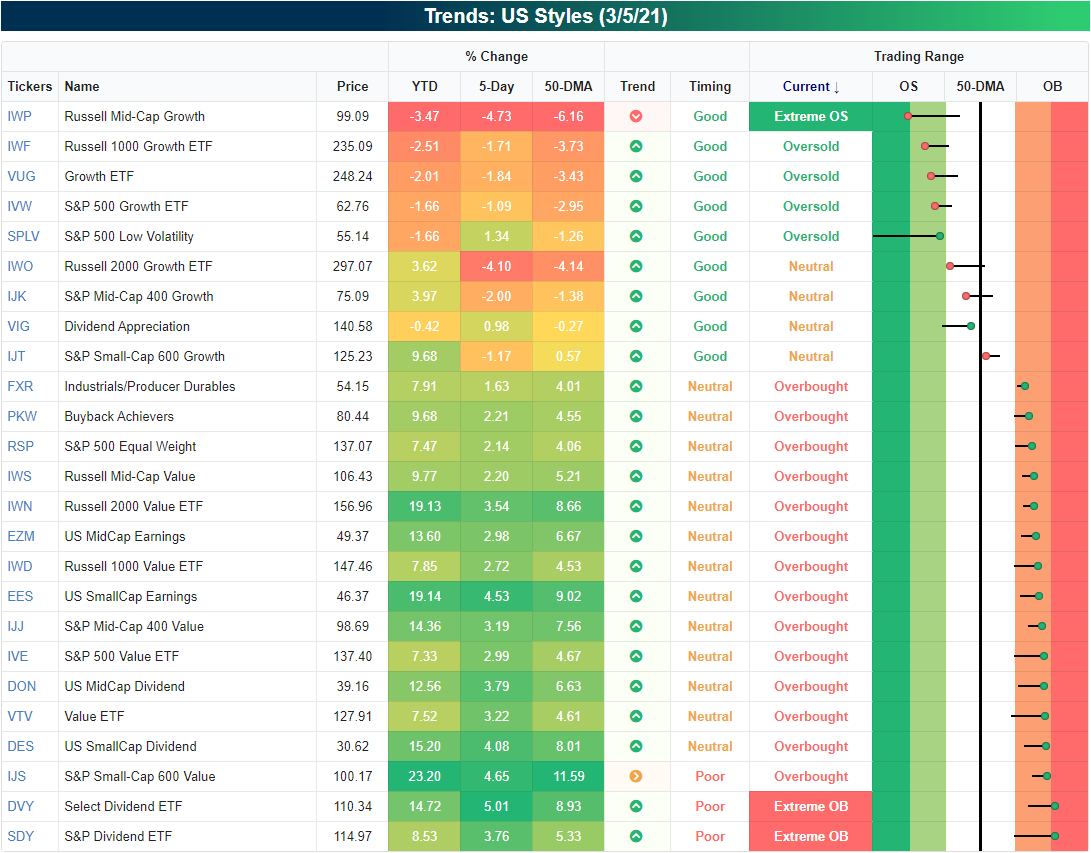 In the chart below, we show the ratio of the Dividend ETF (DVY) versus the Growth ETF (VUG). Times in which the line is declining indicate outperformance of growth while an upward trending line indicates outperformance of dividend stocks.

As could be expected given the different risk premiums of the two styles of these ETFs, growth stocks have seen fairly consistent outperformance in recent years. But more recently, the opposite has been the case, and in a big way.  As shown in the second chart below, over the past month (21 trading days) the ratio of DVY to VUG has risen over 16%. In the history of the data going back to early 2004, the only period that has seen this line rise at a more rapid pace was in September 2008 when it rose by 25.46%. Looking at that instance, the outperformance of dividend stocks did not lead to any sort of a longer-term trend though. In fact, the ratio peaked only a couple of months later erasing the entirety of the move by early March 2009.  Click here to view Bespoke’s premium membership options for our best research available. 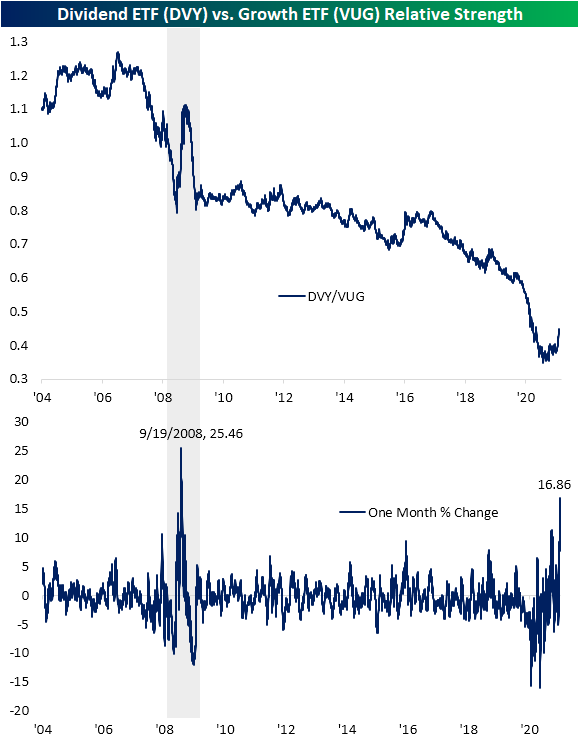