How Current Returns Stack Up to History

Even after September’s weakness, the S&P 500’s trailing 12-month total return stood at an impressive 14.9%.  Given the events of the last 12 months, one could even say that performance is remarkable.  What’s even crazier is that the S&P 500’s performance over the last 12 months is more than three times stronger than the 12 month period before that (+4.25%).  The chart below compares the S&P 500’s annualized total returns over the last one, two, five, ten, and twenty years and compares that performance to the historical average return of the index over those same time periods.

The S&P 500’s historical average 12-month return is 11.7%, so the current 14.9% gain exceeds that average by more than three full percentage points.  Over a two-year window, though, the S&P 500’s annualized return of 9.4% is more than a full percentage point below the historical average.  Looking further out, the S&P 500’s trailing five and ten-year annualized return has been much stronger than average, which makes sense given the long bull market we were in.  Over a 20 year window, though, the S&P 500 is only just starting to work off some of the declines from the dot-com bust and as a result, the 6.4% annualized gain is four and a half percentage points below the long-term average of 10.9%. 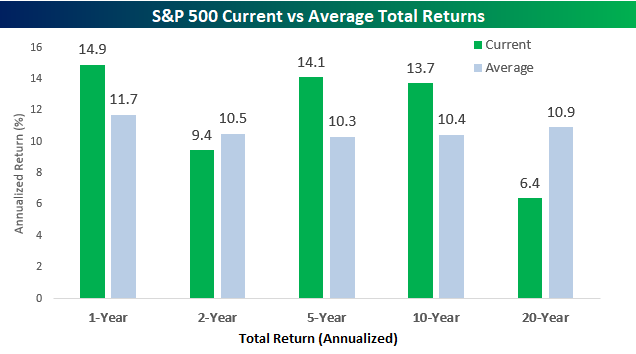 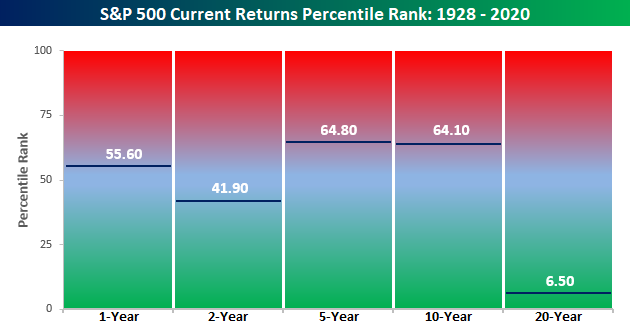