This morning, the Mortgage Bankers Association (MBA) released this week’s reading on mortgage applications. Seasonally adjusted purchases were up 2.6% from last week, rising to the highest level since the first week of July. In the past few months as housing activity has surged, other than that July reading, there was only one other time that purchases were stronger, and that was in the second week of June.  In other words, purchase activity is once again on the rise after taking a bit of a breather in the summer months and is currently back to some of its strongest levels since early 2009. With rates staying low, refi activity similarly remains around some of its stronger levels of the past decade gaining nearly 3% this week. Granted, that is still in the range that the index for refinances has been in since the spring. 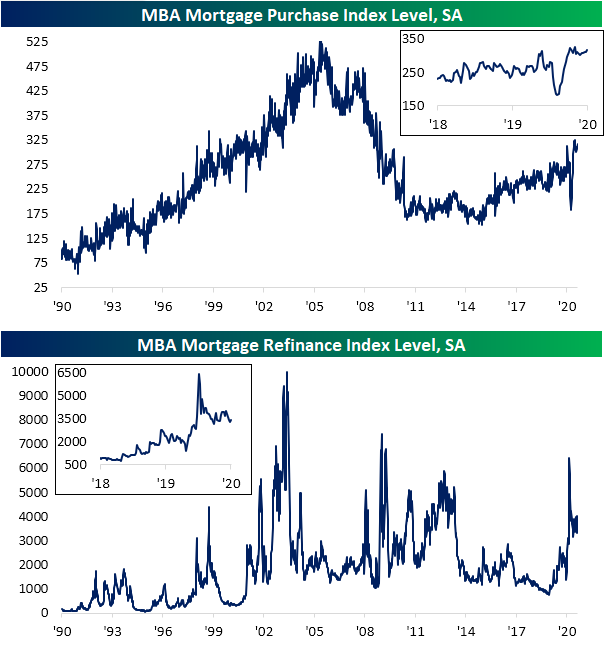 As shown in the charts below, on a non-seasonally adjusted basis, purchase applications continue to run well above trend. Even with the big decline that went against seasonal norms in the spring (first chart below), the index of YTD purchase applications has averaged 290.1 each week compared to 272.4 last year (second chart below); these are by far the strongest readings of the past decade. For every week since the mid-June 2020 peak (which was later in the year than usual due to pent up demand; denoted by the blue dot in the first chart below), purchase applications have been consistent with seasonal trends, but each week’s reading has been higher year over year by an average of over 24%. This week, thanks to the timing of the Labor Day holiday, the NSA purchase index rose by an even stronger 40% YoY which was by far the strongest reading of any week of this year. 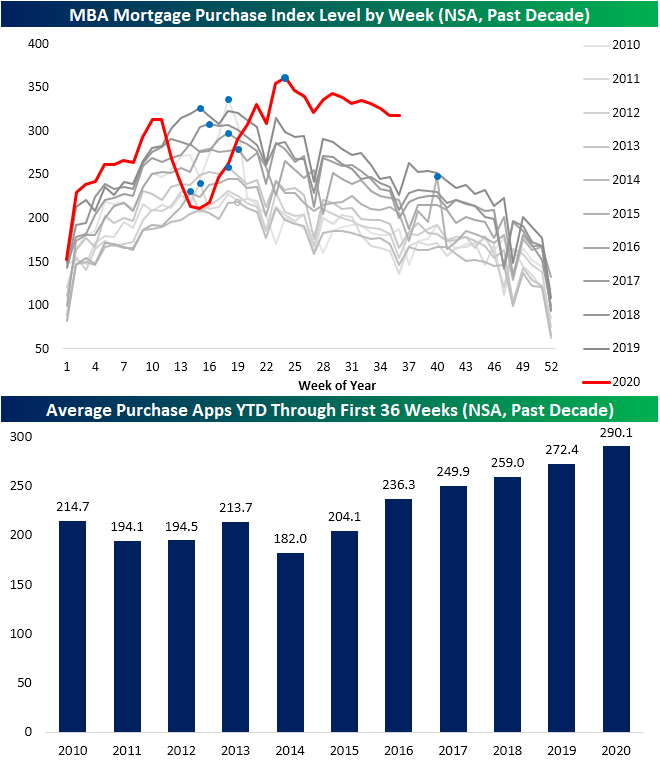 Another housing indicator showing similarly strong demand that we touched on in last night’s Closer was the July version of Black Knight’s monthly Mortgage Monitor.  Although it is at a greater lag than MBA’s readings, this was yet another data point pointing to strong housing demand as new originations in June (lagged an extra month to the rest of the report that covered the month of July) surged to over 1.3 million which was the highest reading since at least 2013; doubling year over year.  The July Mortgage Monitor also indicated that delinquencies as a percentage of all loans have continued to improve, falling to 6.9% compared to its recent peak of 7.76% back in May. Albeit improved, the delinquency rate is still elevated at its highest levels since early 2013/late 2012.  Click here to view Bespoke’s premium membership options for our best research available. 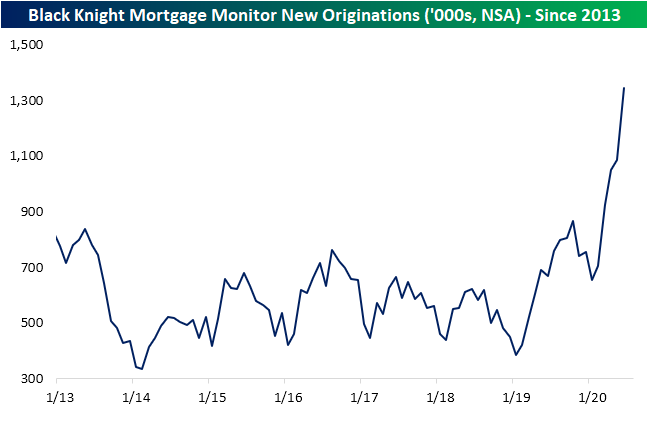 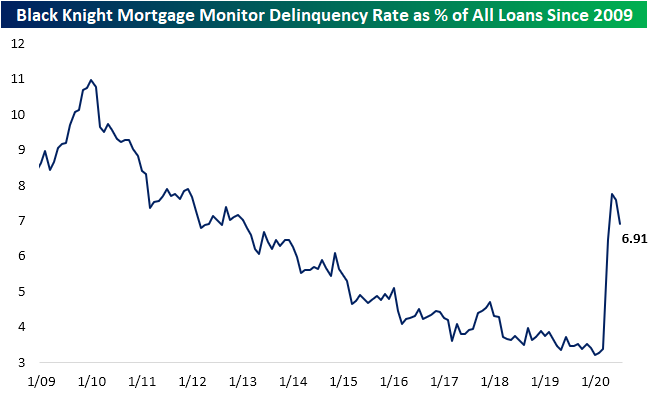