Both Housing Starts and Building Permits pulled back in September from their extremely strong August levels.  In both cases, the pullback was expected, although in the case of Housing Starts, the decline was larger than expected (1.256 mln vs 1.320 mln estimate).  Looking at the charts of both series below, September’s levels remain near their highs of the cycle. 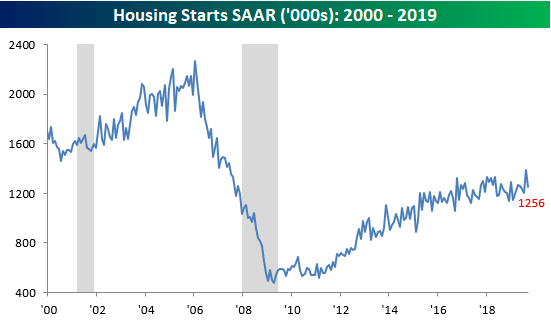 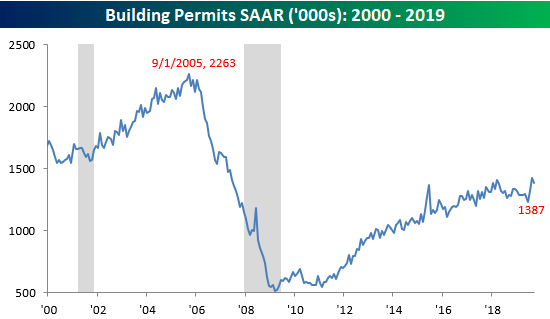 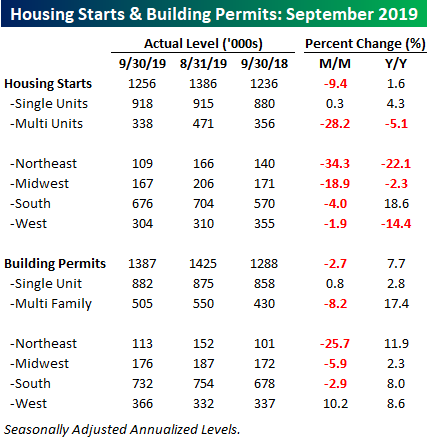 In a post on homebuilder sentiment yesterday, we noted that it would be hard to imagine that the economy is on the cusp of a recession with homebuilder sentiment being so high.  Similarly, when we look at the 12-month average of Housing Starts and Building Permits over time, current trends are not suggestive of a broader economic downturn.  As shown in the top chart below, every prior US economic recession has historically been preceded by a downturn in the 12-month average of Housing Starts.  In some cases, the peak in starts came well before the recession started and in others, it was within a year.  Looking closely at the chart, while the 12-month average most recently peaked back in September 2018, it hasn’t yet shown signs of rolling over as it did leading up to prior recessions. 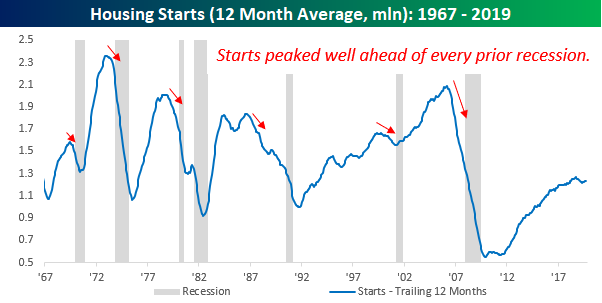 In fact, if we take a closer look at both Housing Starts and Building Permits, the 12-month average has actually started to tick higher again.  That’s an important trend because going back to the mid-1960s, there has never been a period where we saw rising levels of starts heading into a recession.  Start a two-week free trial to Bespoke Institutional to access our actionable research and interactive tools. 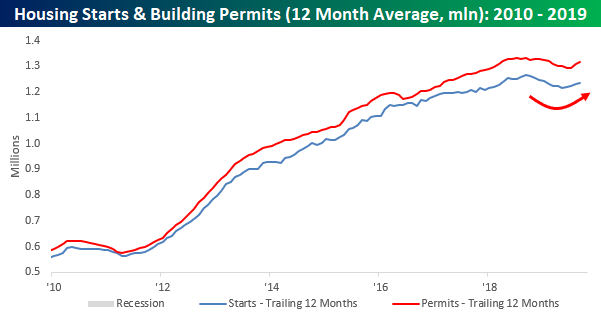