The past week has seen the national average for a 30 year fixed rate mortgage once again rocket higher.  The average currently sits only a few basis points below 6%, the highest rate since the mid-2000s, as it has risen an astounding 42 basis points versus one week ago.  As shown in the second chart below, that is one of only a handful of similar rapid upticks since at least 2000. The most recent of these is March 2020, and prior to that the December 2016 surge came close.  Looking further back, only June 2013, the fall of 2008, and September 2003 have seen anywhere close to the same size short-term surges in mortgage rates. 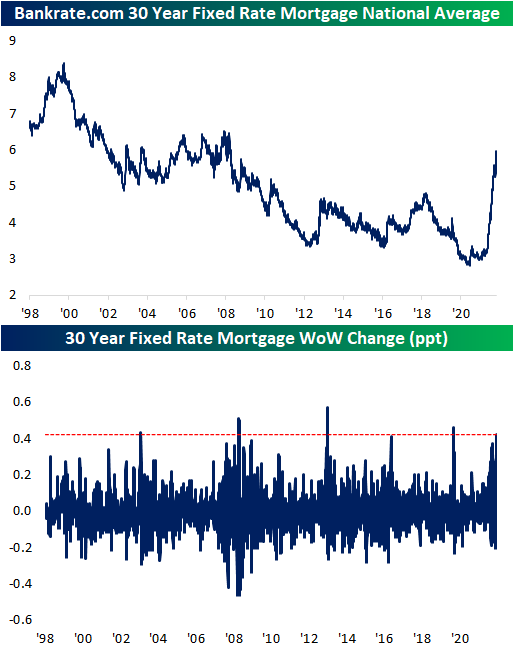 Ironically, weekly data from the Mortgage Bankers Association actually got some relief this week. Seasonally adjusted purchases rose 8% week over week. That was the biggest one-week uptick since March but only brings the index back to levels last seen three weeks ago.  Even though this week’s 3.66% increase ended a five-week losing streak, outside of last week, refinance applications are at the lowest level since 2000. 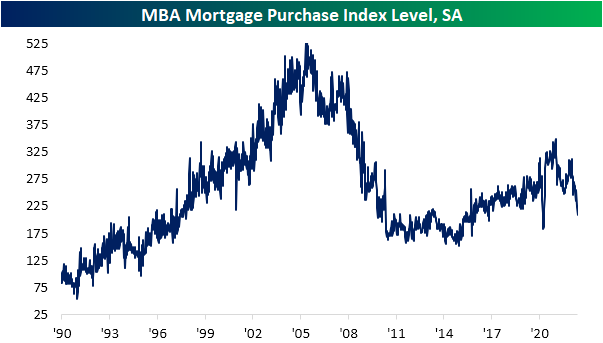 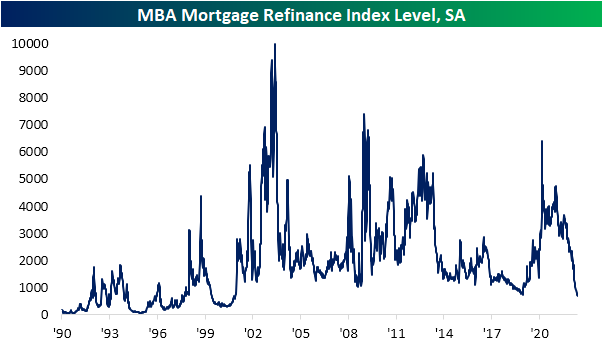 Also on the housing docket today was homebuilder sentiment from the NAHB. This report too shows a souring sentiment on the part of builders as higher prices (through both cost of a home and the cost to finance) dampen demand.  Each category is dropping sharply and back in the middle of their ranges from the few years before the pandemic at best.  The Future Sales index has gotten hit the hardest as it fell to 61 in June. Outside of the much more dramatic drop at the start of the pandemic in early 2020, such a low reading has not been observed since December 2018. 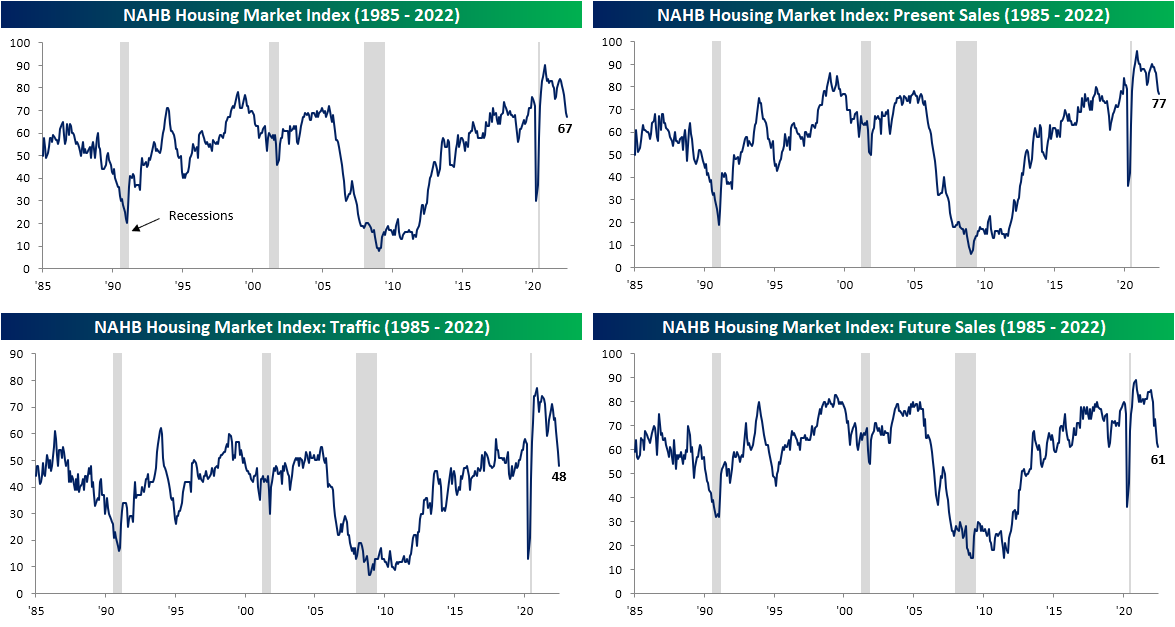 As quickly as homebuilder sentiment rose to historic heights and then erased its pandemic gains, the same applies to homebuilder stocks.  The iShares US Home Construction ETF (ITB) had finally broken out of a sideways range at the end of last year but has consistently grinded lower in the months since then. In the past week alone it has fallen another 11% and failed at last month’s support in the process.  That leaves two interesting next areas to watch. The first is only 2% away from current levels and traces back to the fall of 2020. A little further below that, and 5.25% away from current levels, is the pre-pandemic February 2020 peak.  Click here to learn more about Bespoke’s premium stock market research service. 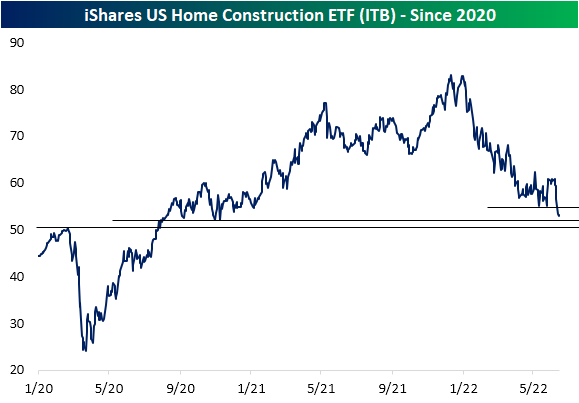