The latest update on Housing Starts and Building Permits from the Census Bureau was released this morning, and the results continue to reflect a significant slowdown in the sector.  On a y/y basis, both starts and permits saw declines of 7.7% and 3.2%. respectively.  The real weakness, however, has been in single-family units where starts are down 18.5% and permits fell 17.3% even as multi-family units were both up by double-digit percentages y/y.  On a regional basis, the west was the only region to register a m/m uptick (4.5%) while the northeast was the only region registering an increase relative to last year.  For permits, every region except the northeast was up m/m while it was the only region to register an increase on a y/y basis. 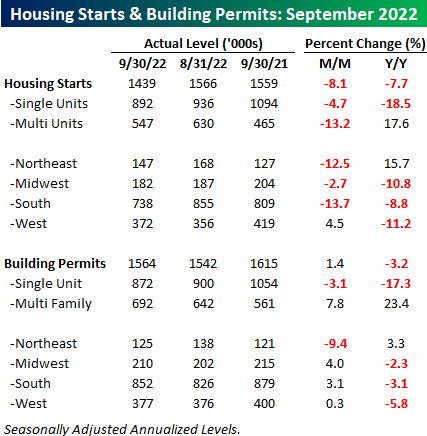 Housing Starts have historically done a good job predicting turns in the business cycle, so the fact that we have now seen five straight months of declines in this reading is just another indication of the risk of a recession on the horizon.  We would note, however, that while recessions usually follow peaks in the 12-month average, they weren’t always imminent. 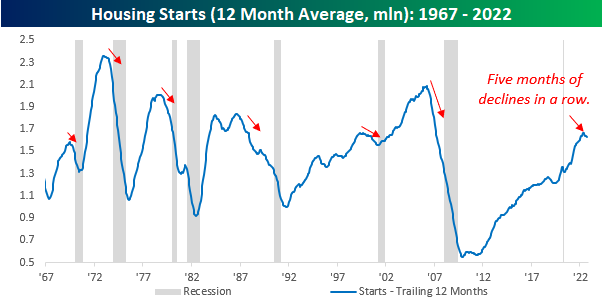 Looking more closely at the last few years, in addition to the decline in Housing Starts, the 12-month average of Building Permits has also started to roll over. 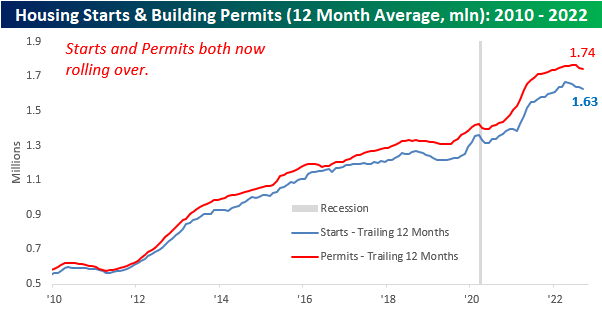 Single-family starts and permits have been even weaker. and both have now declined for five straight months.  Also, the magnitude of the recent decline has been steeper than anything seen since the period from 2010 through 2012. Click here to learn more about Bespoke’s premium stock market research service. 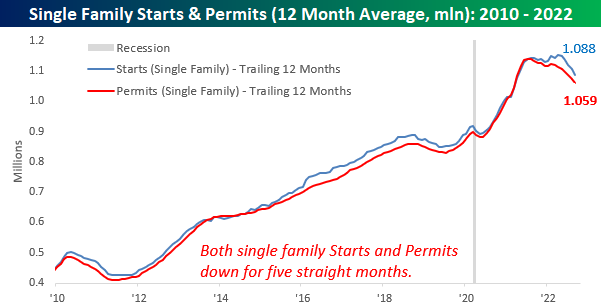