As with many areas of the market, the homebuilder group has skyrocketed higher over the last few months after initially plummeting during the COVID Crash in late February and early March.

Below is a chart of the S&P 1500 Homebuilder group since 1994.  After experiencing a bubble of pretty epic proportions during the real estate boom of the mid-2000s, the homebuilders went on to fall more than 86% during the Financial Crisis.  From the group’s lows in late 2008, it took more than 10 years to finally re-claim its prior highs back in February.  The new all-time highs were made just a few days before COVID hit, and in a cruel turn of events, the group promptly fell 57% in less than a month!

But the homebuilders are now getting the last laugh.  During the COVID Crash, investors sold first and asked questions later.  When they eventually decided to stop panicking, they realized that the new COVID economy would actually be a positive for the homebuilders.  Lockdowns caused people to re-assess their living situations, and a lot of people decided they wanted a change — especially those living in cities that suddenly wanted more space in the suburbs with no commute to worry about.

From the group’s low on March 18th to today, the homebuilder index has surged 150% and re-taken those prior all-time highs once again. 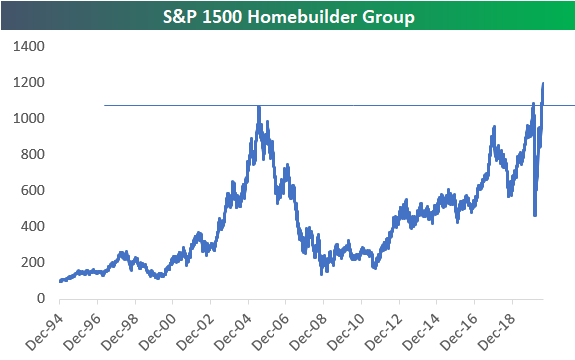 At no time during the housing bubble of the early 2000s did the homebuilder group experience a move like the one seen post-COVID Crash.  As shown below, the group’s 100-day rate of change nearly hit +150% recently, which is more than double the best move seen during any prior 100-day period since 1994. 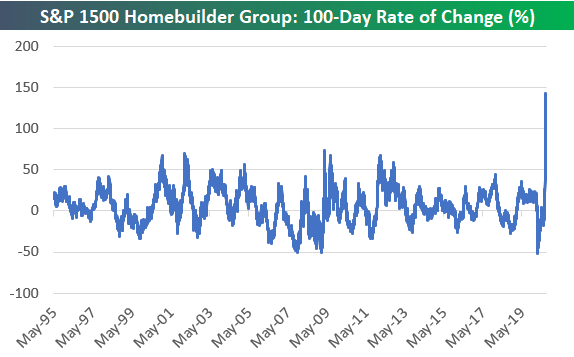 Below is a snapshot of the individual stocks that make up the homebuilder group run through our Trend Analyzer tool.  While these stocks have experienced some downside mean reversion from very overbought levels over the past week, nearly all of them are still extended well above their 50-day moving averages.  Every single stock in the group is in a long-term uptrend based on our proprietary “trend” algorithm, and 14 of 16 names are up more than 10% YTD.

After hitting an extreme roadblock during the COVID Crash, the homebuilder stocks have been some of the very best performers of the market over the last few months.  Click here to view Bespoke’s premium membership options for our best research available. 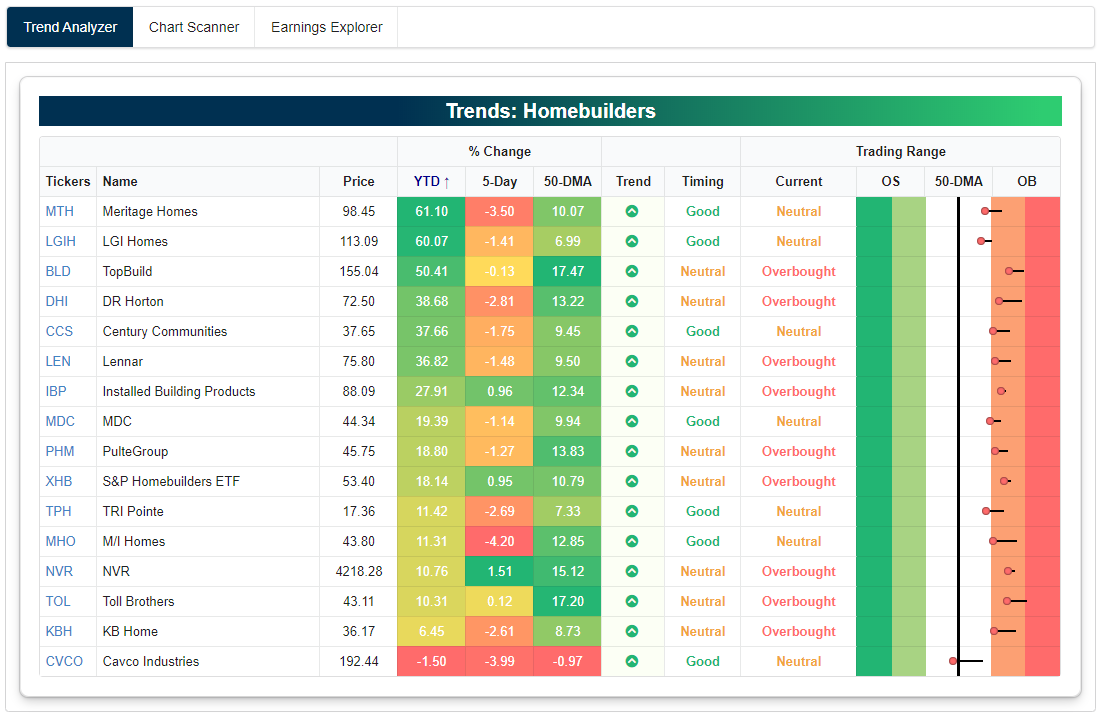