The national average for a 30-year fixed-rate mortgage has come well off its highs falling to 6.6% versus a high of 7.35% in early November.  Despite the decline, mortgage rates remain at levels not seen since the early 2000s.  We would also note that rates have gone on a series of wild swings in the past year. The second chart below shows the rolling 3-month change since 1998.  Whereas most of the year saw rapid increases the likes of which have not been seen in the past quarter century, the current drop of 0.4 percentage points over the past few months has ranked as the largest since late 2020 and is just shy of a bottom decile reading of all periods. 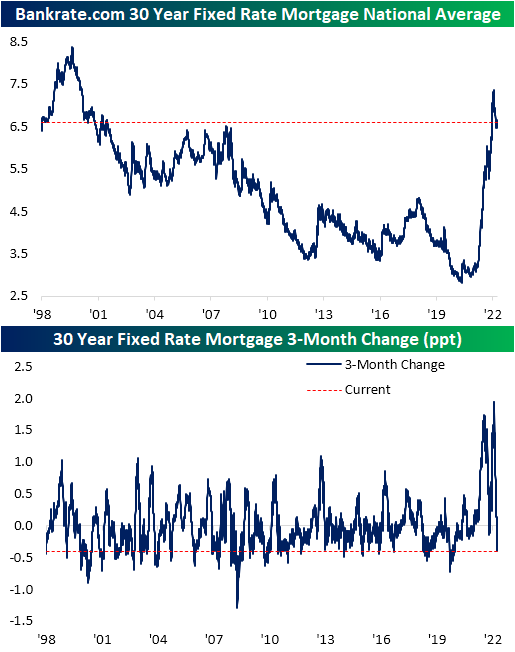 With mortgage rates giving buyers some relief, purchase applications had generally been on the rebound throughout November and December. However, the final week of 2022 saw a large reversal in purchase apps with a 12% week-over-week decline (potentially as a result of residual holiday seasonality) in the largest single-week decline since the last week of September. 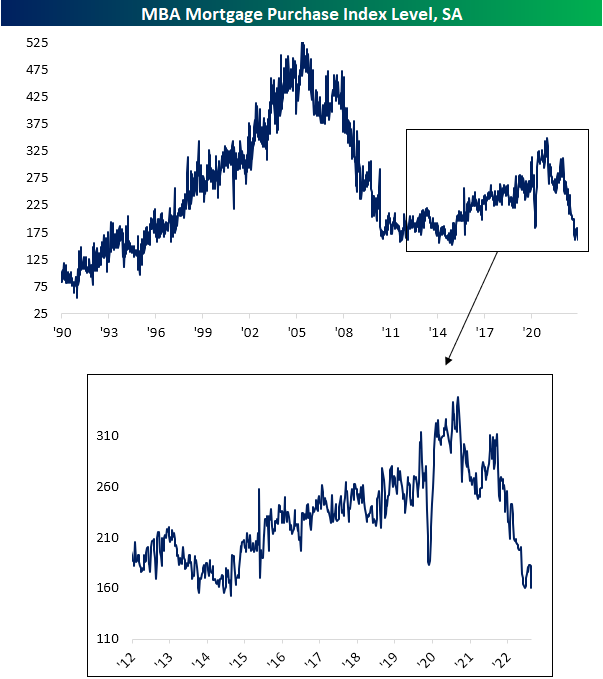 While it is hard to say if the final week of 2022’s large decline was seasonal or a return to purchase apps that are more consistent with readings from earlier in the fall, 2022 tended to follow seasonal patterns.  The year began with applications around some of the strongest levels of the past decade and they continued to rise into peak housing season in the spring with applications hitting their pinnacle in the first week of May.  The typical seasonal drift was then exacerbated by the added headwind of higher rates, and applications finished the year with the worst reading since 2014 for the comparable week of the year.  Additionally, looking at the drop for each year from the annual high through 34 weeks later (second chart), 2022’s percentage drop was the second largest since 1990 behind only the 75.7% decline in 2013. 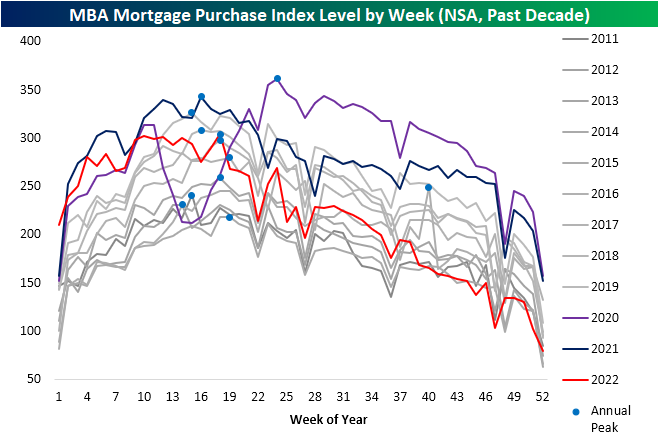 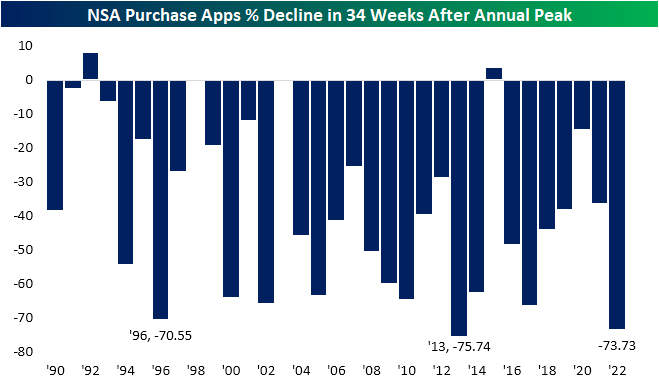 Refinance applications have continued to hit new lows as this week saw yet another decline down to the lowest level since May 2000. 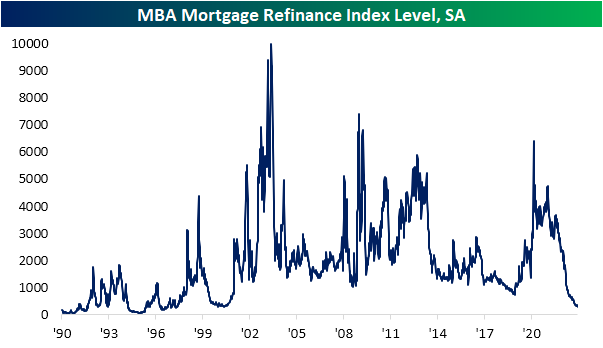 Even though there are some silver linings in recent data, housing activity remains weak.  Homebuilder stocks continue to look past that though and continue to shrug off much of the broader market choppiness. The past week has seen the homebuilders, proxied by the iShares US Home Construction ETF (ITB), rally 3.25%.  That has largely erased the mean reversion from the second half of December and brings the ETF right up to resistance at the mid-August highs.    Click here to learn more about Bespoke’s premium stock market research service. 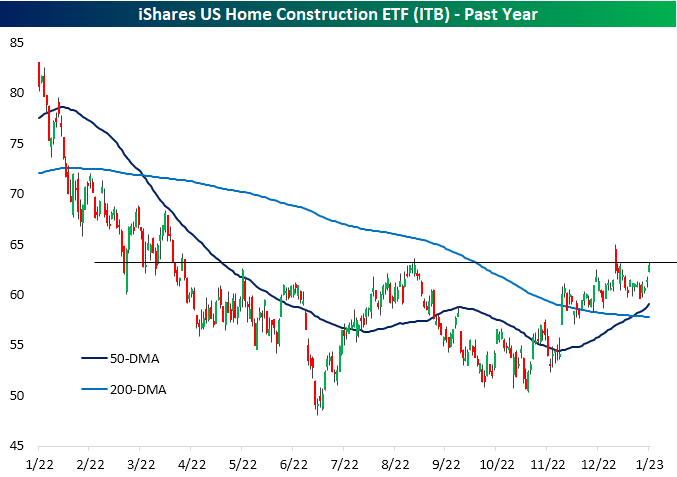