Homebuilders on Fire, But Be Careful

The Homebuilder group has been one of the best performing areas of the stock market so far in 2019.  The ETF that tracks the group — ITB — is currently up 49% YTD and 67% from its 2018 lows.

You may expect the group to be trading at multi-year highs with a rally like the one seen this year, but all this rally has done is erase a steep 40% decline experienced in 2018!  As shown below, ITB has basically gone parabolic over the past few months, but it’s only just now approaching the high it made in January 2018.  Start a two-week free trial to Bespoke Institutional to unlock access to our actionable research and interactive tools.

Don’t look now, but homebuilders are again approaching their all-time highs seen during the mid-2000s housing bubble as well.  Investors knew it would be a long, long road to recovery following the housing crash that saw the S&P 1500 Homebuilder group fall nearly 90% from its July 2005 high.  But we’re now more than 10 years removed from the ultimate low for the group, and on Friday it traded within 10% from its all-time high.

Most homebuilders that are members of the ITB ETF — shown below in our Trend Analyzer snapshot — are up more than 50% year-to-date.  Every single stock in the ETF is also now trading in overbought territory, with about half of them at extreme levels (more than 2 standard deviations above their respective 50-DMAs).  So while our long-term “trend” algo scores all of these stocks as being in uptrends, many of them get “poor” timing scores because of how overbought they are.  When things get this extended, you typically see some downside mean reversion or at the very least, sideways trading.  This mean reversion can occur from either a drop in share prices or sideways trading that allows the moving averages to catch back up. 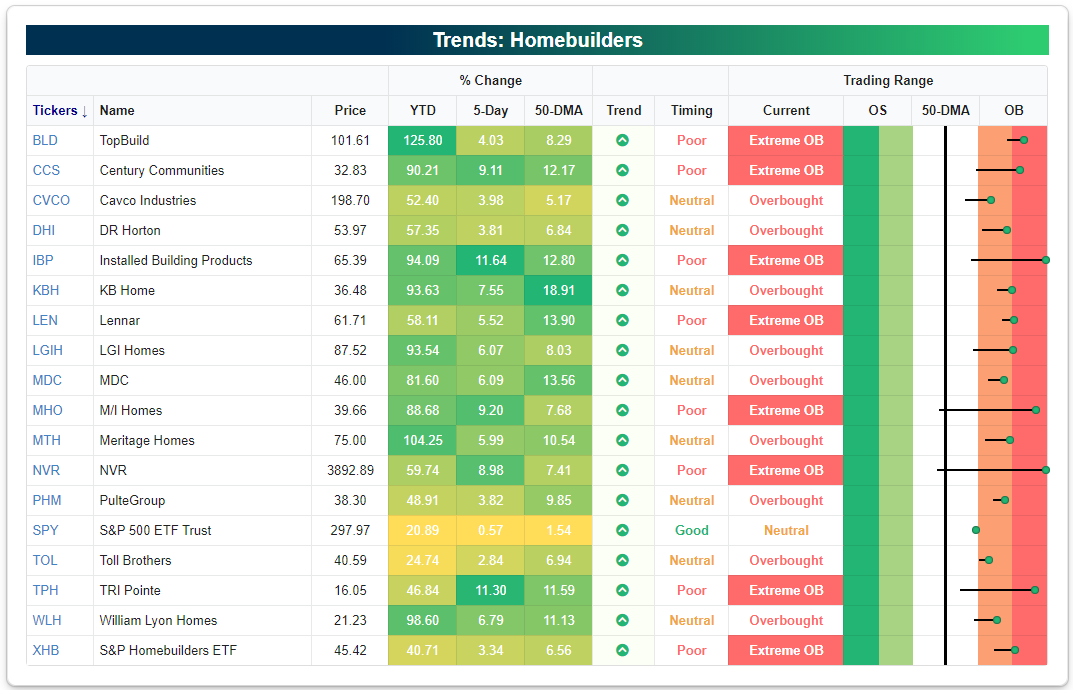 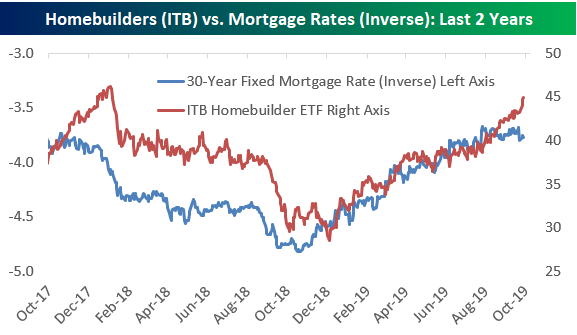