This morning’s release on homebuilder sentiment provided more reinforcement as to just how strong the housing market has been despite – or even thanks – to the pandemic.  The NAHB’s Housing Market index rose another 6 points in August to 78, surpassing the pre-pandemic high of 76 from December, and now ties December of 1998’s reading for the highest in the history of the index.

Not only is the index at its joint highest level ever, but the 6 point increase this month was no small move to get there, registering in the top 95% of all monthly changes.  Excluding the past few months’ readings, August’s jump was the largest monthly gain since March of 2017. Breadth was also strong with every sub-index and all regions rising month over month; many of those are now at or close to fresh records.

While the headline index is right at its record high, the index for Traffic reached a new record this month surging 9 points to 65, surpassing its prior high of 62 from December of 1993.

Broken down by the four regions of the country, each one is strong, but the Northeast has seen some the biggest moves in the past few months and is now at a record high.  People are fleeing city apartments and looking for homes.  Similar to the headline index, the South is also tied for a record. That index rose 7 points to 79 in August to return to its February levels. 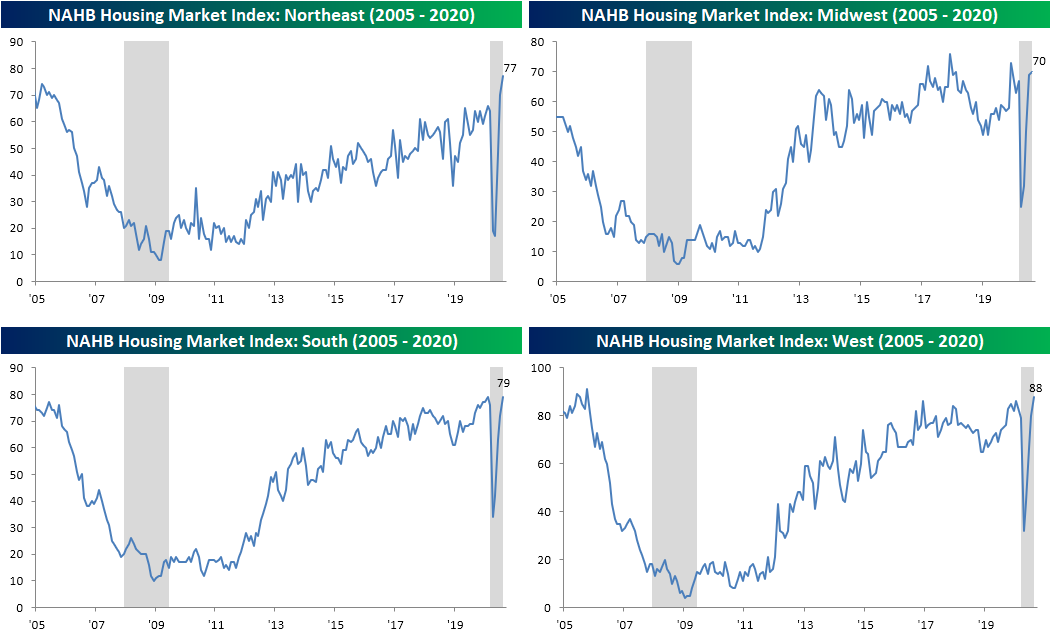 With several aspects of the pandemic boosting housing, the homebuilder stocks have continued to surge. Just like homebuilder sentiment, the S&P 500 Homebuilders group is also at an all-time high today. It actually first made a new high last week after taking out the prior high from July of 2005. Start a two-week free trial to Bespoke Institutional to access our interactive economic indicators monitor and much more. 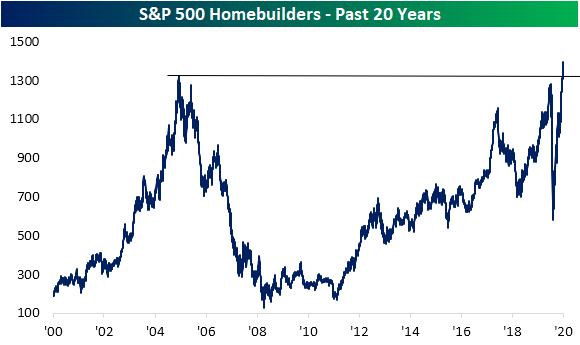