Homebuilder Sentiment: The Next Big Miss

Prior to the pandemic, the NAHB’s record monthly reading on homebuilder sentiment was back in December 1998 when the index hit 78.  Last November, the sentiment bar was set even higher when the index reached 90. Since then, though, two-thirds of the releases have declined month over month.  The most recent release saw the index drop five more points to 75, marking the first time in a year that homebuilder sentiment came in below the pre-pandemic record high.  Additionally, August’s 5-point drop is the largest one-month decline since last April when the index collapsed by a record 42 points at the onset of the pandemic. It is also tied with a dozen other months for the seventh-largest month-over-month decline in the history of the index going back to 1985. 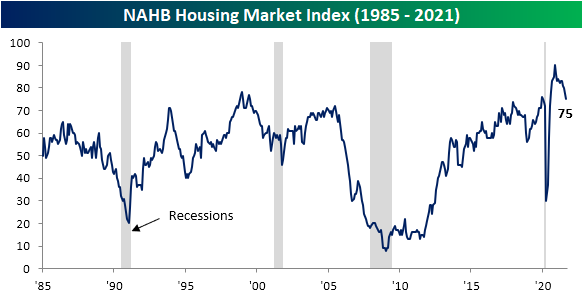 While the release indicates worsening, but still historically strong, sentiment among homebuilders, it can be added to the growing list of economic indicators that have been coming in well below expectations. As we noted in last week’s Bespoke Report, Citi Surprise indices measuring how economic data comes in relative to estimates tipped into negative territory last week. That was as the University of Michigan’s Consumer Sentiment survey saw the biggest miss relative to expectations on record. Today’s reading on homebuilders was not far off those results.  The five-point miss relative to expectations was the largest since last April and is tied with 4 other months (April and May 2006, November 2008, and October 2014) for the six largest miss going back to at least 2003. 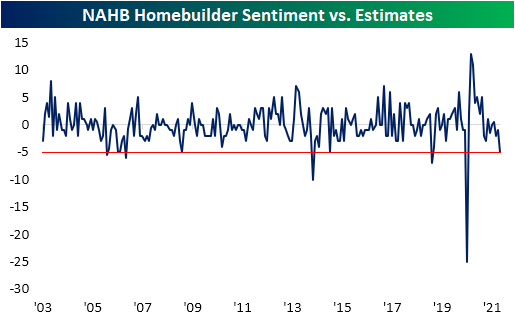 Driving the decline in the headline reading were five-point drops in present sales and traffic.  Even though there has been deterioration in those readings on current conditions, future sales have held up better going unchanged at 81. 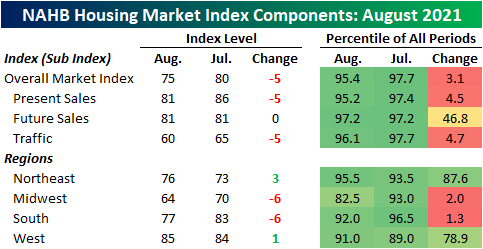 Looking across regions, the ones that have seen COVID cases rising the most of late, namely in the South and Midwest, generally saw sharp drops in homebuilder sentiment in August although those are in the context of longer-term declines.  The Northeast and the West, on the other hand, are off of their peaks but each region did show an uptick in sentiment for August. Click here to view Bespoke’s premium membership options. 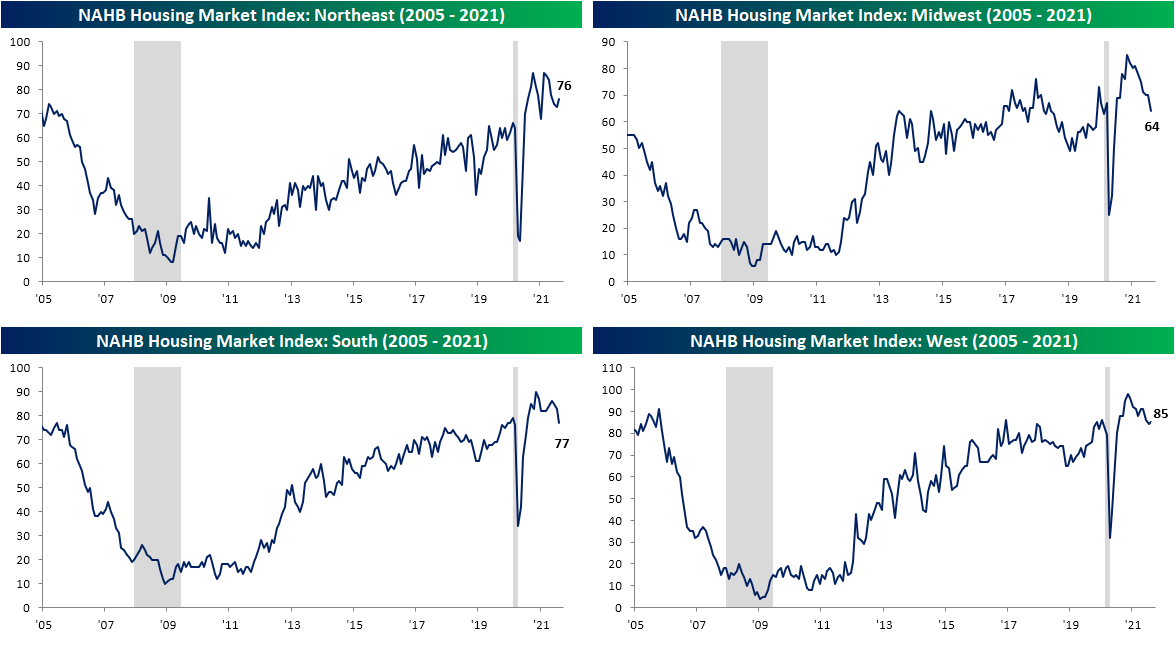