The NAHB released its September reading on homebuilder sentiment this morning.  Rather than another decline down to 74 that was expected, the headline reading surprised to the upside coming in slightly higher at 76. We are now approaching the one-year anniversary since homebuilder sentiment peaked at its record high of 90 from last November.  While little progress has been made in working back up to that high, the current reading remains at one of the strongest levels on record. 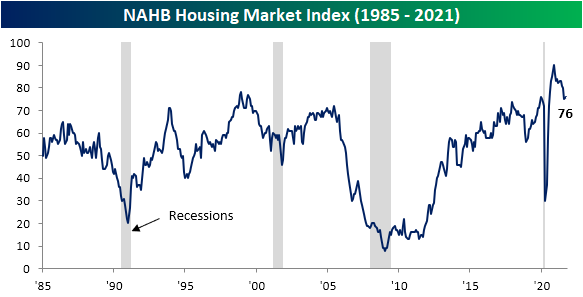 Both Present Sales and Traffic drove the headline index higher this month with the latter seeing the larger move higher of the two.  Future sales, on the other hand, went unchanged for the second month in a row.  Just like the overall market index, each of these components has pulled back from last November’s highs but remain at historically strong levels. 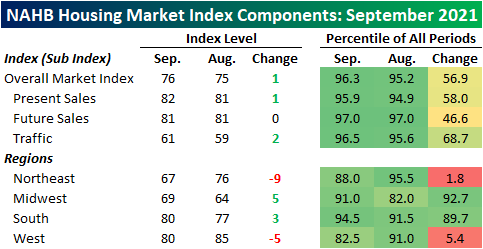 There was a more significant movement based on geography.  Starting with the bad news, the Northeast and West experienced particularly large declines of 9 and 5 points, respectively.  After that decline, sentiment in the Northeast is at the weakest reading since June of last year and the month-over-month decline ranks in the bottom 2% of all monthly moves. The drop in sentiment in the West similarly was one of the largest declines on record.

Meanwhile, the Midwest and South had much stronger showings this month.  Not only were the indices for both of these regions in the top decile of all periods, but they also showed significant improvement in September.  The 5 point uptick in the Midwest index ranks in the top decile of all moves while the 3 point increase in the South narrowly missed a 90th percentile move. Click here to view Bespoke’s premium membership options. 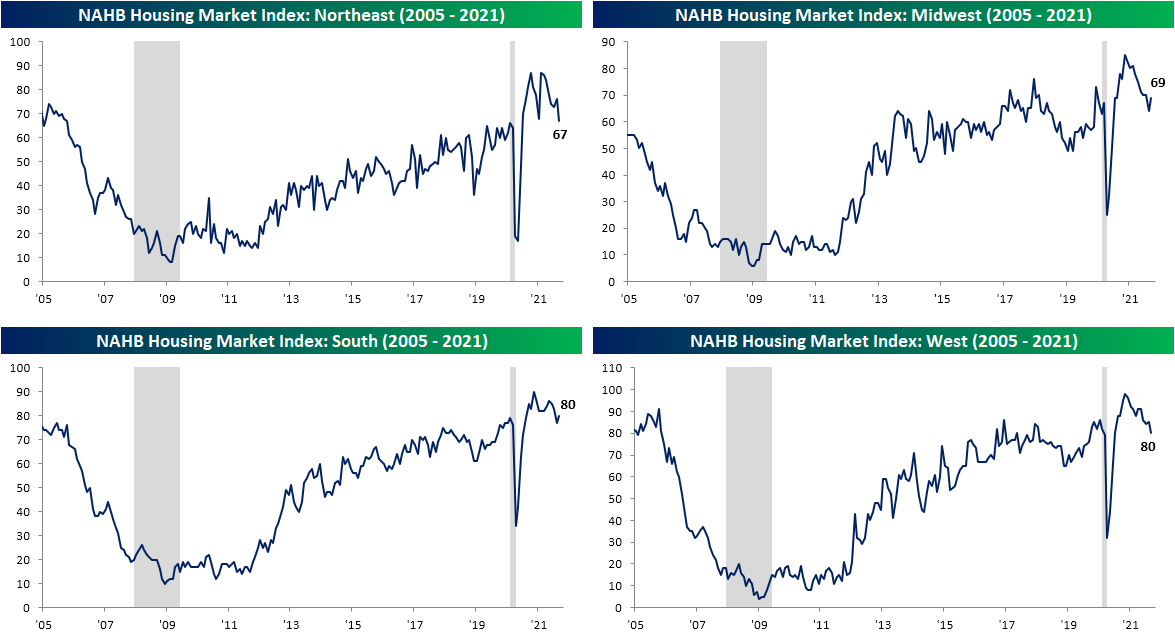