Back in April, like many economic indicators, the NAHB’s reading on the single-family housing market came crashing down.  The index bottomed out at 30 which was its lowest level since June of 2012 when the headline number had been 29. May’s reading saw a bit of a bounce as the index rose to 37, but even at those levels, it was still showing similar readings to the late summer of 2012. June, on the other hand, showed a massive improvement for both the overall market index and each of the components and other sub-indices. Now, while still well off the highs from only a few months ago, each index is greatly improved and sitting at the bottom of the past several years’ range. 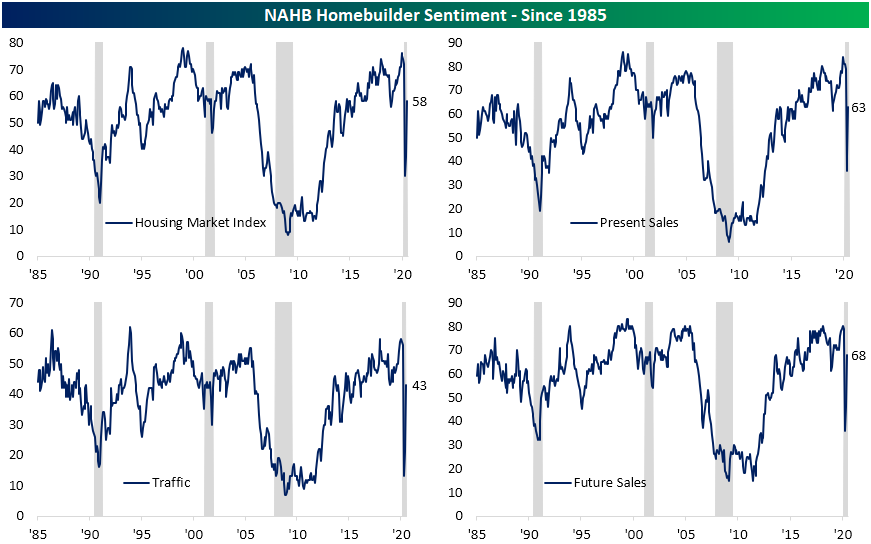 This month’s release also blew estimates out of the water.  The headline number had been forecasted to come in at 45 which would have still been a contractionary reading.  Instead, the actual number came in 13 points higher at 58.  Only two months after the worst miss relative to expectations, today’s 13 point beat was the biggest beat versus expectations since at least 2003. 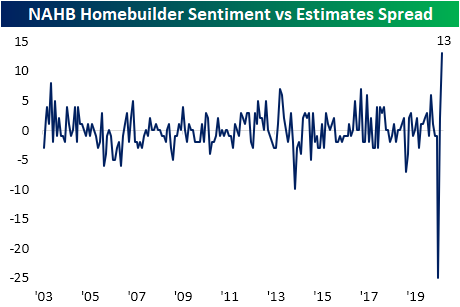 The headline number, as well as just about every sub-index, also observed their largest one-month increases on record. While those increases did not leave any sub-index at a new high, they are now back into the middle of their historical ranges. Additionally, all but two sub-indices (Traffic and the Northeast) are also now showing readings above 50 meaning homebuilders have a more favorable outlook on the market.  Just last month every sub-index showed unfavorable conditions.

In the charts below, we show the blowout of the month over month changes over the past few releases for the headline index as well as its three components.  As previously mentioned, each one experienced its sharpest one month increase on record. 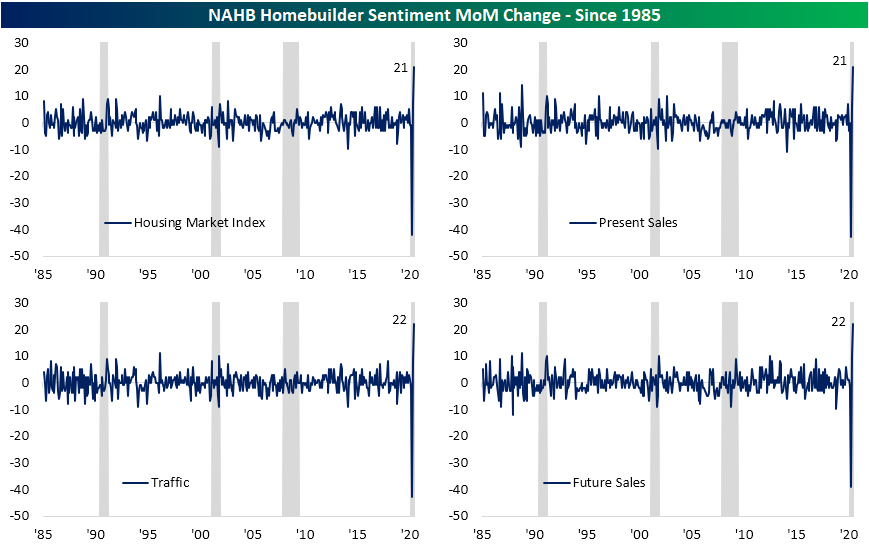 Meanwhile, the same can be said for the indices covering each of the US regions.  The only region to not experience a record month over month increase was the West, but even that was its second-largest MoM gain ever. As with the individual categories, most readings are showing more favorable housing markets although the Northeast, like the index for Traffic, remains below 50 (unfavorable market) despite its record uptick. Click here to view Bespoke’s premium membership options for our best research available. 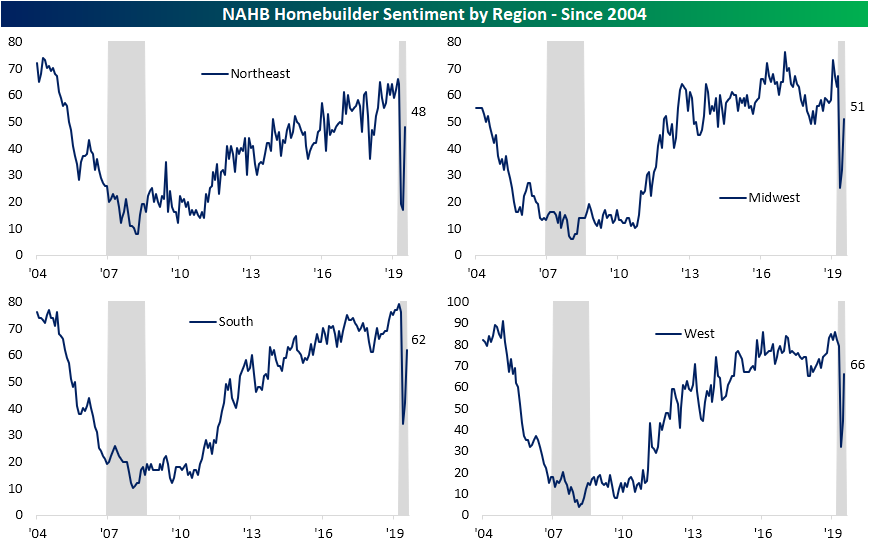 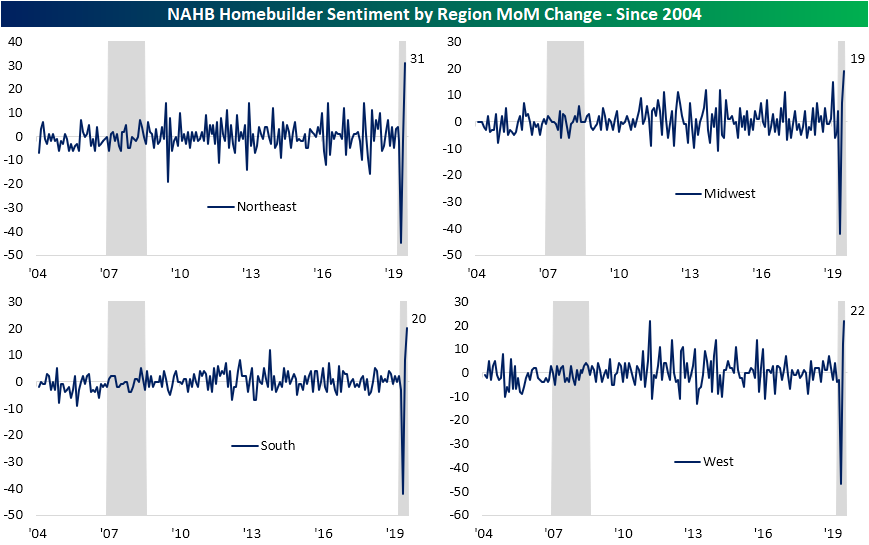