Since peaking nearly a year ago, homebuilder sentiment has been in a steady decline, but the past two months have seen a rebound with the October report showing a particularly large jump. The NAHB’s Housing Market Index jumped four points in October to 80 which is the strongest reading since July. That was also a surprise compared to the forecasted one-point decline. While that reading is still well below higher levels of the past year, this month’s reading is back above pre-pandemic record highs. 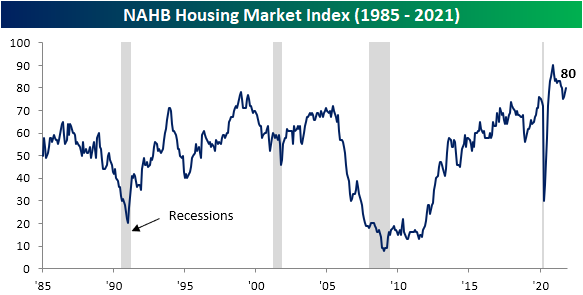 There were increases in sentiment across all of the various sub-indices.  Everything was higher with present sales increasing by the most.  While it saw the smallest MoM increase of any part of the report, Future Sales are now the most elevated, coming in the top 1% of readings. Geographically, the South and West have higher homebuilder sentiment readings than the Northeast and Midwest, but all four regions saw big jumps in October. 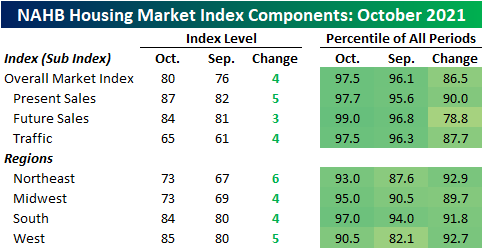 As homebuilder sentiment has improved, so too have homebuilder stocks.  As shown below, the SPDR S&P 500 Homebuilders ETF (XHB) has been rebounding from a near-test of its 200-DMA at the start of the month.  Today, it is seeing an outside day reversal higher to fight to move above its 50-DMA.  If it does manage to close above its 50-day, it would be the first time it has done so in a month.  Even if it crosses that line in the sand, XHB would still only be in the middle of the past several months’ range. 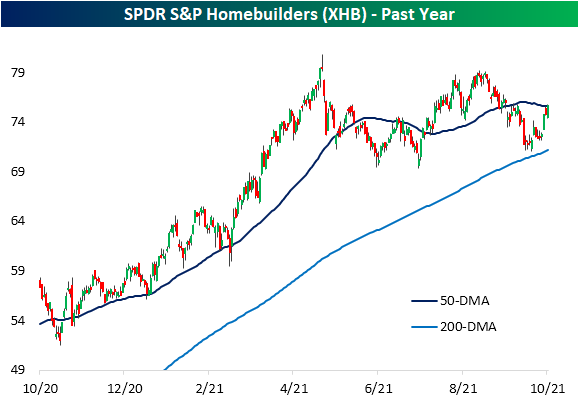 As earnings season ramps up, several XHB stocks are actually reporting in the next few days with many more to come in the following few weeks.  We created a custom portfolio with XHB’s holdings, and below we show a snapshot of those holdings in our Earnings Explorer that are scheduled to report through the end of the month.  Click here to view Bespoke’s premium membership options. 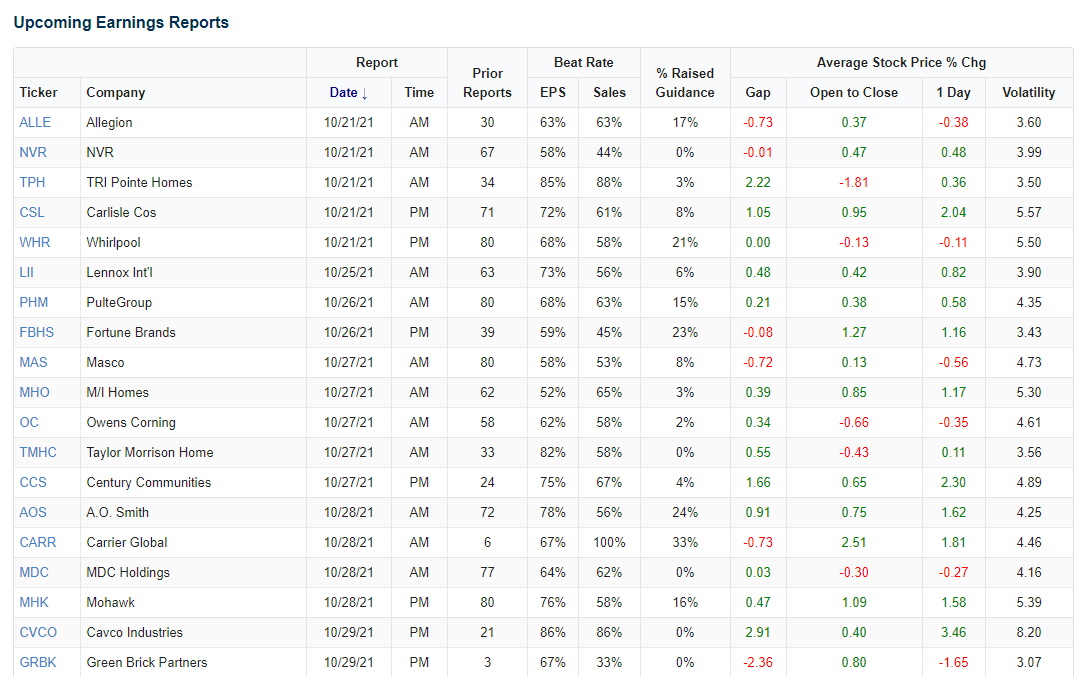