Another bad reading for housing hit the tape today as the NAHB’s Housing Market Index measuring the confidence of US homebuilders experienced its second largest decline on record behind the drop in April 2020.  Homebuilder sentiment cratered 12 points month over month sending the index to the lowest level since May 2020 which is also one point below the late 2018 low. 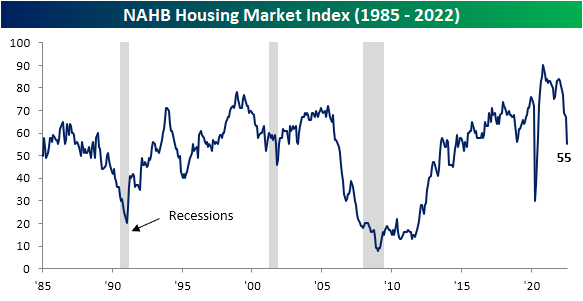 Given the drop in the headline number, each of the individual components (present and future sales and sales traffic) similarly experienced historic declines month over month. Like the headline index, Present Sales and Traffic only experienced larger declines at the start of the pandemic.  The same goes for Future Sales, although there was also a slightly larger drop in December 1987 making this month’s drop the third largest on record. 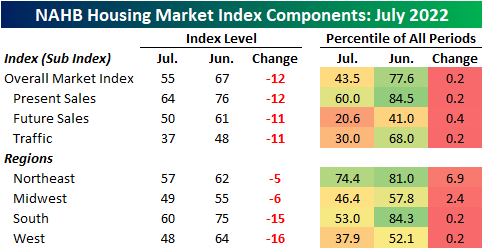 Geographically, no area of the country has been safe from plummeting sentiment, but the Northeast has held up remarkably well.  Whereas the South and West saw double digit monthly declines that both were the second largest on record, the Northeast only fell five points to 57.  That is a reading just shy of the top quartile of readings unlike the other regions that are in the 52rd percentile at best (South). 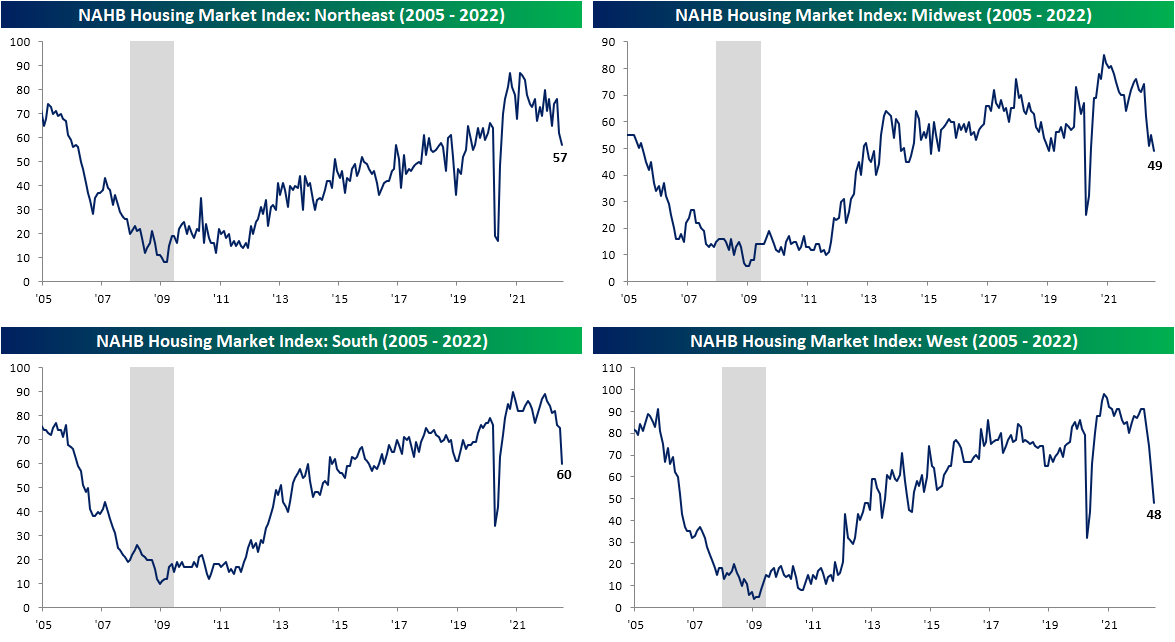 The lower sentiment for homebuilders is of course a function of rising mortgage rates and the subsequent dampening demand as a result.  As for builder’s roles in existing homes, sentiment is also rolling over.  In addition to today’s release, last week saw the quarterly release of the NAHB’s Remodeling Market Index measuring builder’s sentiment regarding remodeling projects.  Unlike the Housing Market Index, this index remains historically elevated and down just a bit. In other words, remodeling demand has taken a hit but not to the same extent as projects to build a new home. 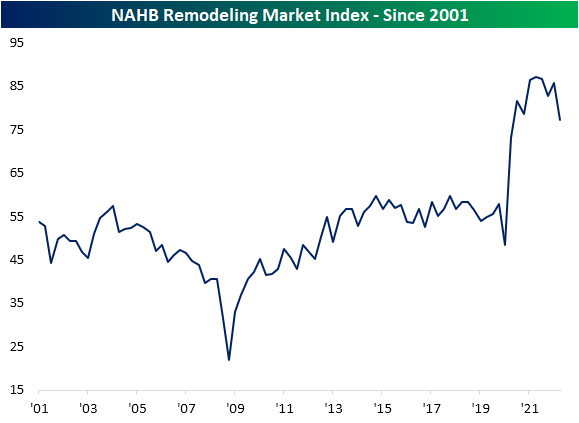 The most pronounced decline in remodeler sentiment has come from the projects carrying the highest costs ($50K or more) even though smaller project outlooks have also been falling for a few quarters now. 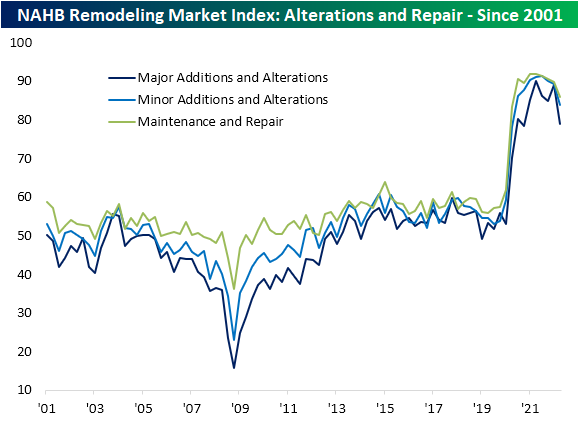 Backlogs have been unwinding as well even if they are historically elevated. A likely big reason for that has been a deceleration in new projects.  The index for Appointments for Proposals is much less elevated in the 48th percentile compared to 56th for the headline reading or 68th for Backlog of Remodeling Jobs. 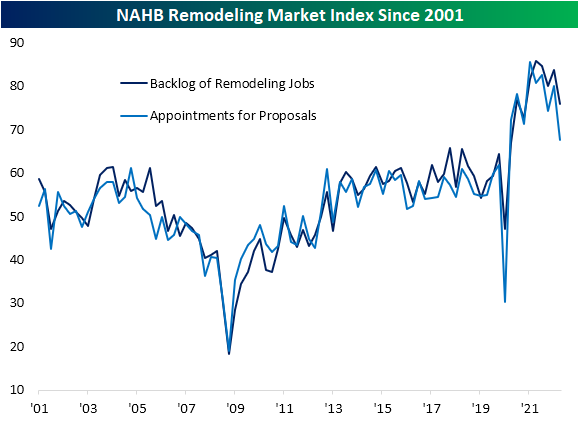