The NAHB released its November reading on homebuilder sentiment this morning. For the third month in a row, sentiment has improved with the index now at a six-month high of 83. 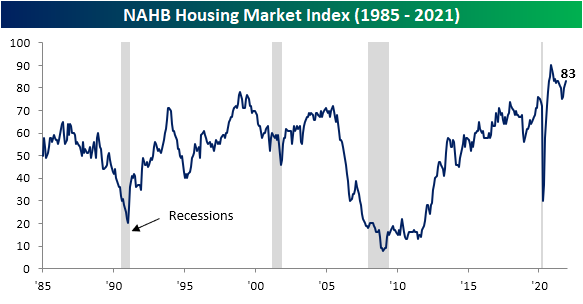 It has now been a full year since the index last hit a record high of 90. While off the peak, the current reading is still extremely strong from a historical perspective in the top 2% of readings.  The same goes for the sub-indices. Present sales and traffic were both higher again this month while Future Sales went unchanged. That index has been notably flat over the past few months, stuck at 81 from July through September and now 84 in October and November. 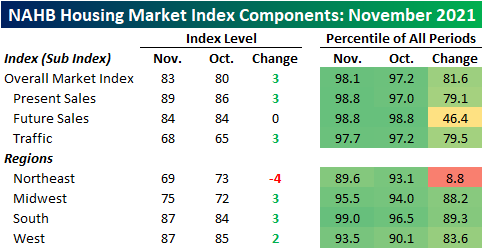 Based on geography, most of the country saw an improvement this month.  The only region where sentiment declined was the Northeast (-4). The Northeast is also the only region that is not in the top decile of its historical range after giving up most of the prior month’s gain. The South currently has the strongest reading in the top 1% of readings. 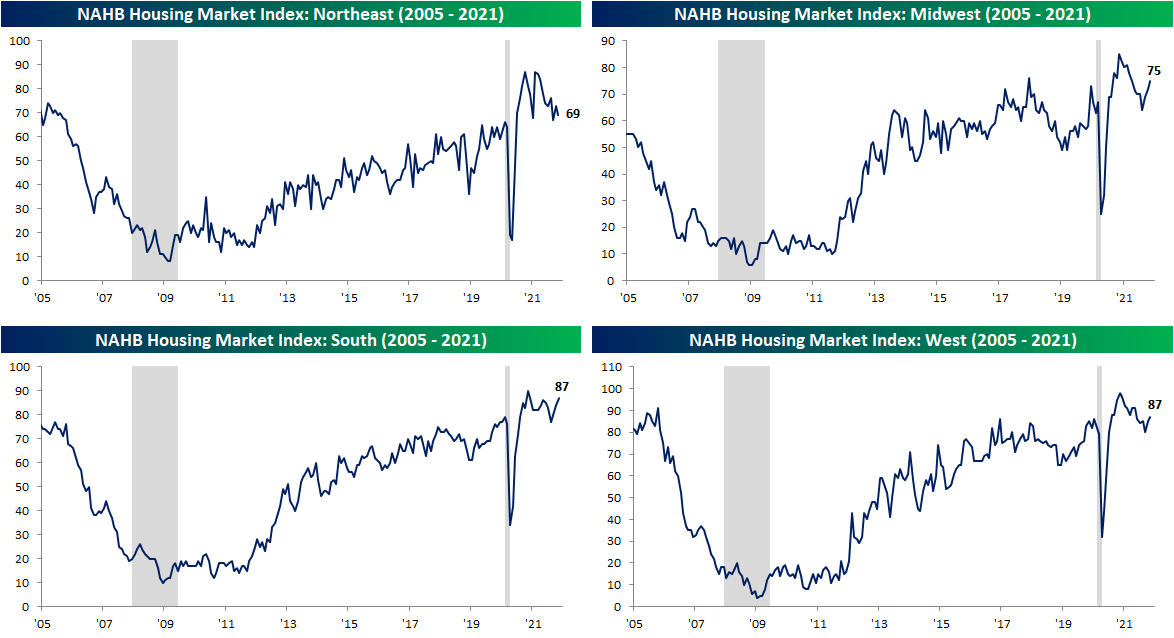 As for homebuilder stocks, the iShares US Home Construction ETF (ITB) is attempting to break out from a six-month period of consolidation.  As shown below, ITB is rallying 1.74% today bringing it above the May 10th high closing high but still below the intraday high  While near all-time highs, the group is extremely overbought trading 2.5 standard deviations above its 50-DMA following the 18% rally off the early October low when ITB briefly traded below its 200-DMA.  With a strong run so far this quarter, only two of the ETF’s 50 holdings are in the red this quarter: Leggett & Platt (LEG) and Lumber Liquidators (LL). The former is down not even one percentage point though. 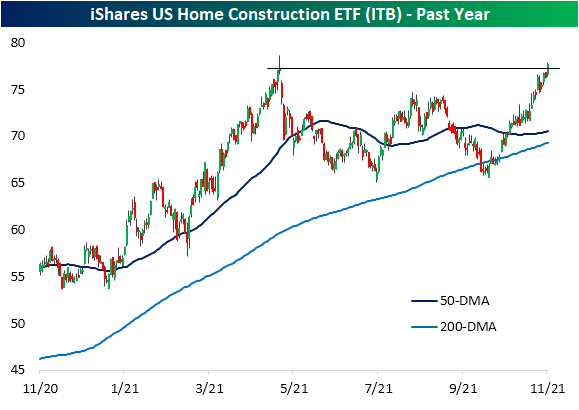 ITB has also bottomed out and been making a sharp move higher on a relative basis versus the S&P 500 (SPY). After several months of declines, in early October, the relative strength line held up around the same levels as the July lows. Click here to view Bespoke’s premium membership options. 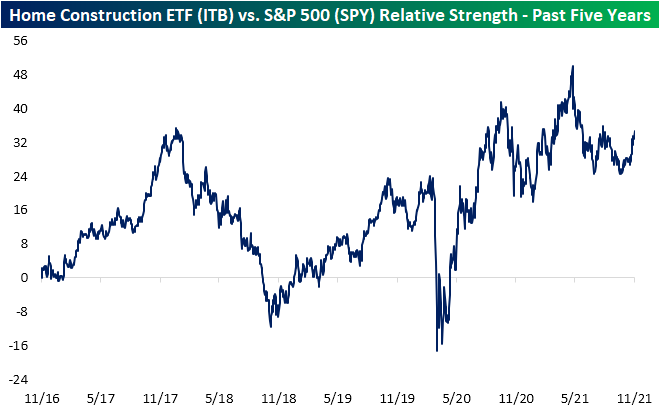