After its largest ten-month increase in more than six years, homebuilder sentiment unexpectedly cooled in November.  According to the NAHB, while overall homebuilder sentiment was expected to remain unchanged, the headline index actually declined from 71 down to 70.  While this month’s sentiment report was slightly weaker than expected (economists were expecting a reading of 71), the modest decline should not come as too much of a surprise given the large uptick in long-term rates since the last report.

The table below breaks down this month’s report by various factors as well as on a regional basis.  While both Present Sales and Traffic were down, sentiment towards Future Sales actually increased slightly, and at the current level of 77 is not far from its high in early 2018. 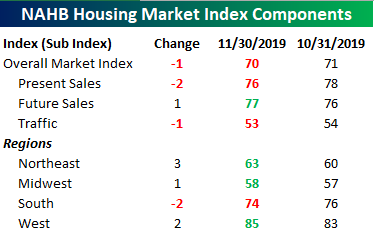 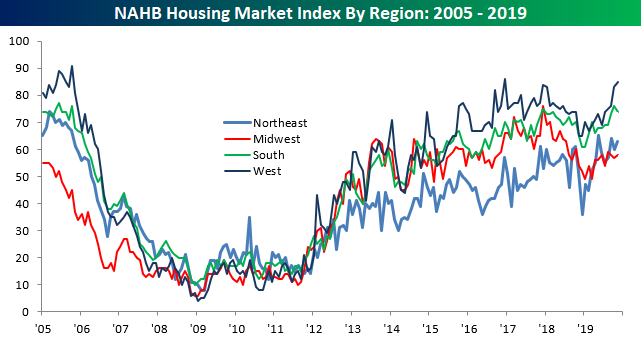