It was a busy morning of economic data, and included on the list was homebuilder sentiment from the NAHB monthly survey.  After surging in the first year of the pandemic, the past year has seen homebuilder sentiment moderate until last summer when it made a short-term low at 75 (still a historically elevated reading), and for most of the time since then sentiment has rebounded. The first two months of 2022 have seen further moderation though with the February reading of 82 marking the second month in a row with a one-point decline.  While sentiment is no longer improving, though, it remains well above any pre-pandemic reading.

Taking a closer look at the components of the survey, traffic and future sales have been the more pessimistic readings having continually ground lower in the past year.  Present sales, however, have held up relatively well. This month even saw that index rise to 90 which tied the December reading for the strongest level since last Febraury. 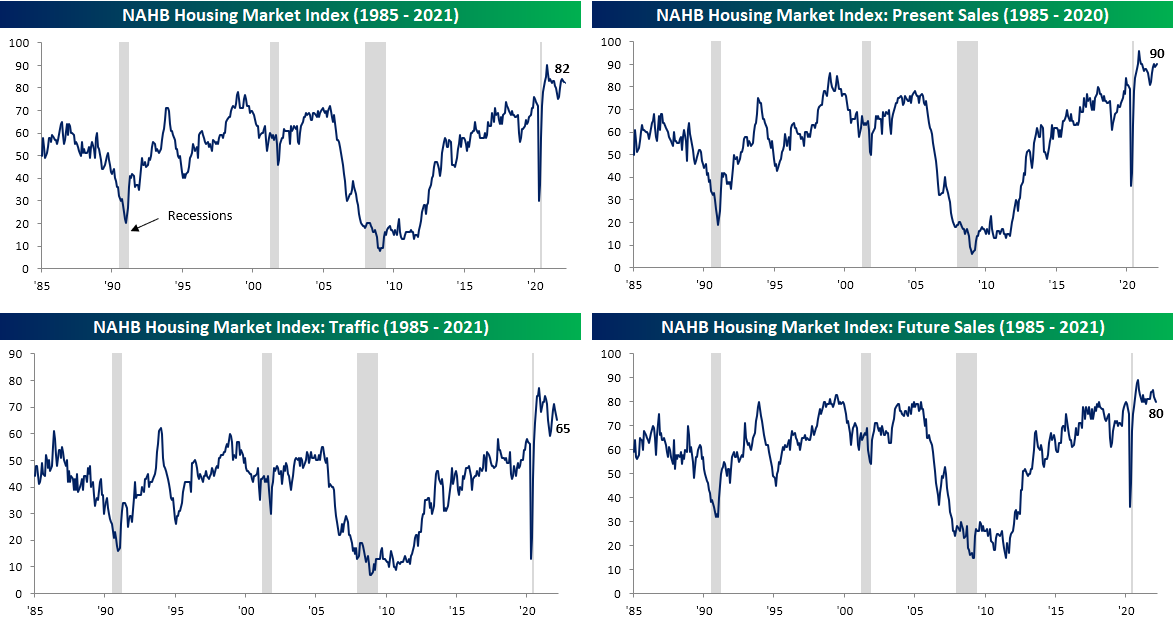 As for a geographic breakdown, pretty much each region has fallen back into the middle of the range of post-pandemic readings. In February, the Northeast saw the most substantial improvement rising 7 points to 78. That is an upper decile reading in terms of both its level and month-over-month change.  The West was the only other region to improve in February, and that is in the context of what has now been several months of consistent improvements. 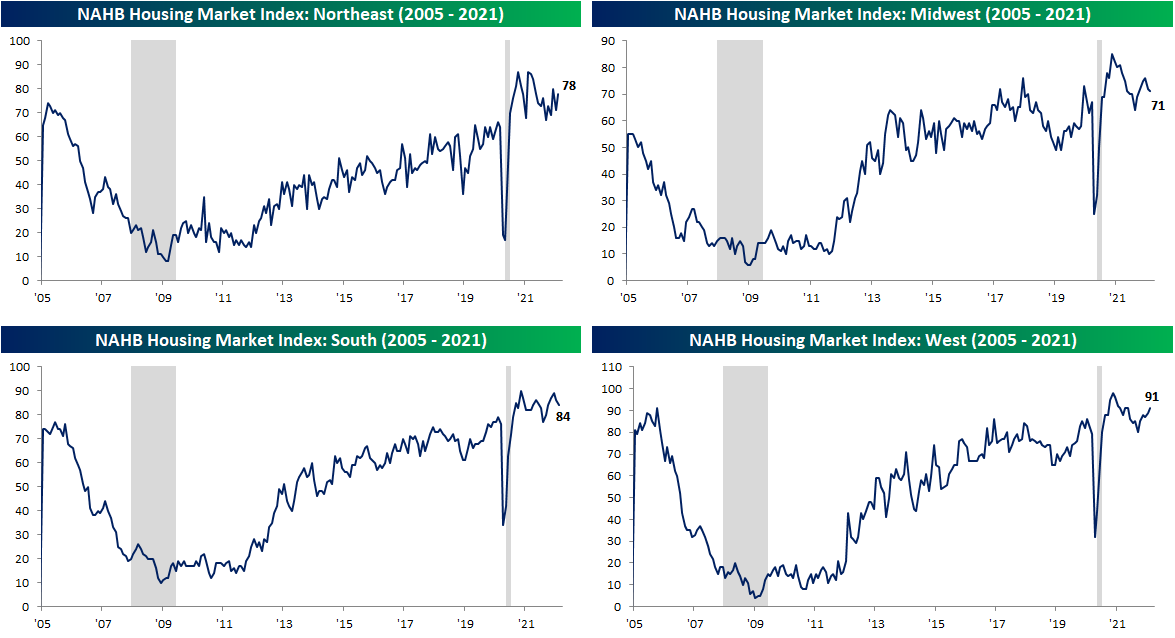 Like sentiment, homebuilder stocks have come off their highs. The iShares Home Construction ETF (ITB) made a double top in December, which was followed by a break below its 50-DMA and 200-DMA in the new year. For the past few weeks, ITB has been consolidating between overhead resistance at the 200-DMA and support at the lows from this past July and October.  If those lows don’t hold, though, there isn’t much more support further below. Click here to view Bespoke’s premium membership options. 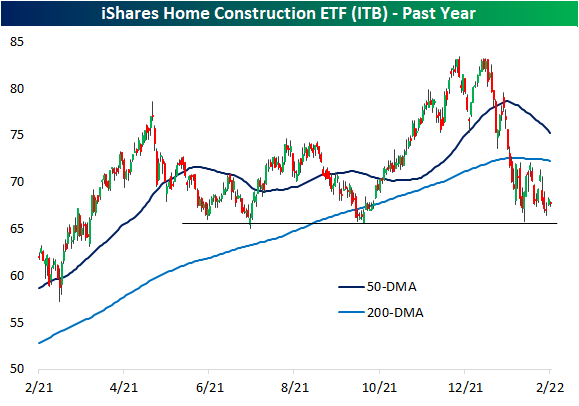