The national average on a 30-year fixed rate mortgage has come back below 7%, but it remains elevated versus recent history as housing data still can’t catch a break. This morning, the NAHB released their latest reading on homebuilder sentiment and for the eleventh month in a row, the headline index fell month over month.  As shown below, the current streak of nearly a year straight of declines is far and away a record, surpassing two eight-month long streaks leading up to the Financial Crisis. 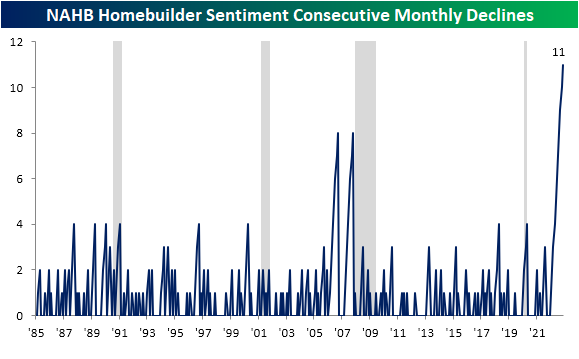 This month, homebuilder sentiment dropped another 5 points down to 33. That is not the largest drop of the current streak of declines, with bigger drops of 8 points last month or 12 points in July, but it still ranks in the bottom 4% of all months on record.  In other words, not only is homebuilder sentiment falling consistently, but it’s falling fairly fast. The other components have also seen bottom decile declines with the only sub-index avoiding declines being in the West. 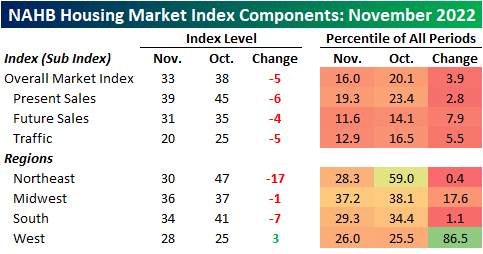 After the November decline, the headline homebuilder sentiment reading sits 3 points above the spring 2020 low. Similarly, Present Sales and Traffic are down to the lowest level since April 2020 while Future Sales have actually surpassed those levels to now sit at the weakest reading in over a decade. 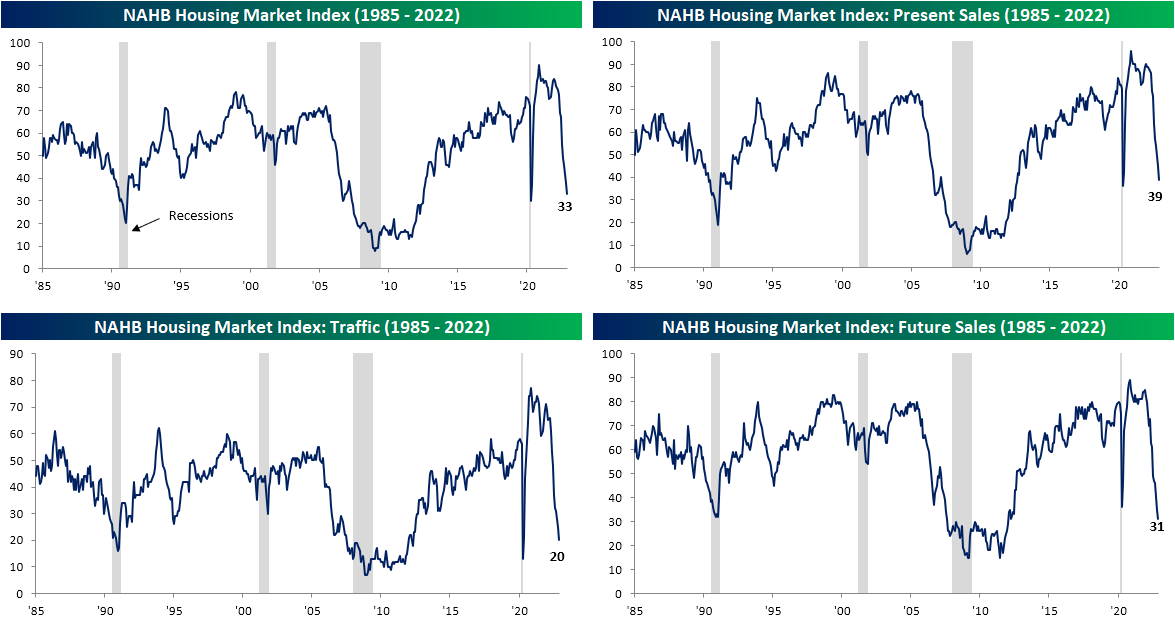 Last month, we highlighted how the geographic breakdown of sentiment was showing homebuilders in the Northeast being much more optimistic than their counter parts in the rest of the country.  In November, that region joined the rest of the pack with a massive 17 point decline.  That ranks as the third largest monthly decline on record behind a 19 point drop in June 2010 and the 45 point decline at the onset of the pandemic in April 2020. While that has not been enough to result in a new low, similar to sentiment in the Midwest, sentiment in the South is down to the lowest level in a decade. The same could be said for the West although it rose marginally month over month. 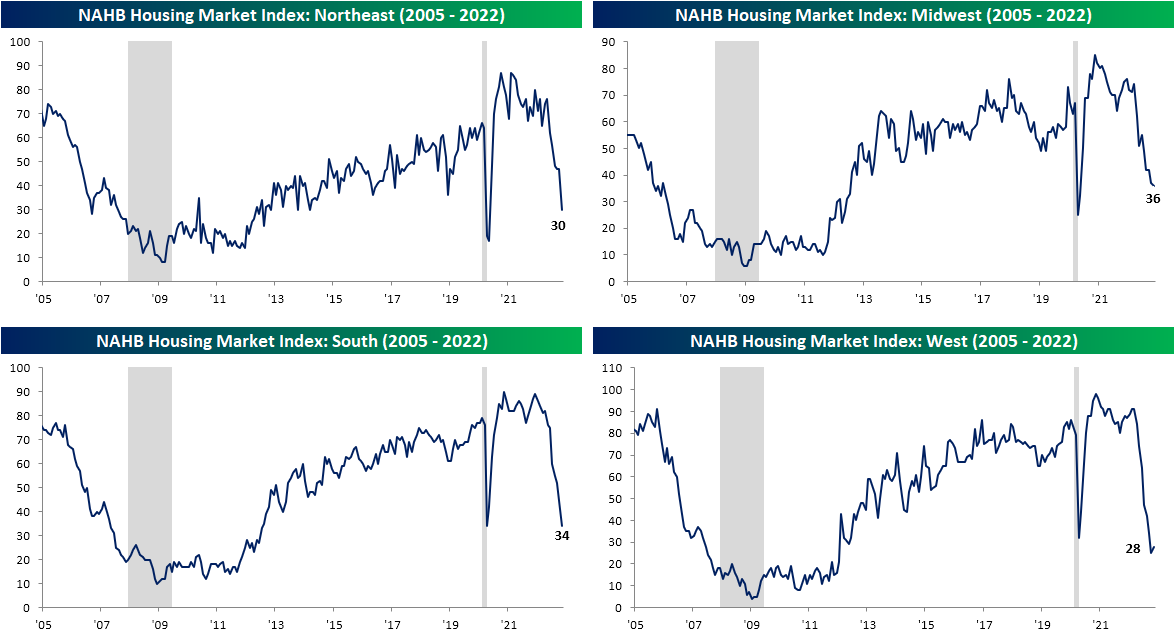 As for the reaction of homebuilder stocks, the iShares US Home Construction ETF (ITB) is trading 1.1% lower as of this writing.  As shown below, after last week’s equity market surge on CPI in which the group moved not only above its 50-DMA but also its 200-DMA, ITB has continued to hold above its moving averages for now. Without much follow through on the post-CPI surge, any move above last week’s highs would be a welcome bullish sign, whereas the 200-DMA is looking to be the critical level of support for the time being. Click here to learn more about Bespoke’s premium stock market research service. 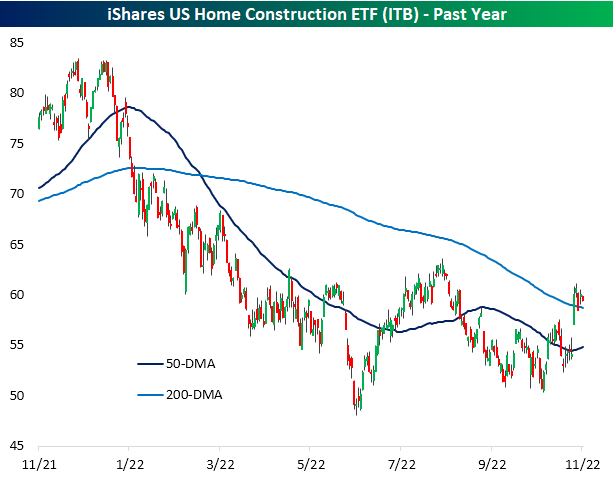