Home Prices Surge Across the Country

The S&P/Case-Shiller home price indices were updated (through September) recently, and below we provide a number of tables and charts breaking down the data.  As shown in the table below, we’ve seen a huge surge in home prices pretty much across the country on both a month-over-month and year-over-year basis.  Phoenix, San Diego, Boston, and New York saw the biggest month-over-month jump in prices, while Phoenix, Seattle, and San Diego are up the most year-over-year.  At the national level, home prices are now up just under 7% year-over-year. 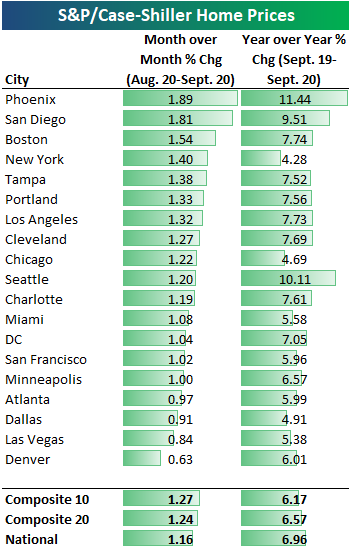 The chart below shows where home prices are now versus their low points at the depth of the housing bust during the mid to late 2000s.  Nationally, prices are now up ~70% from their lows, while five cities are up more than 100% — San Francisco, Las Vegas, Phoenix, Seattle, and Portland.  San Diego, Atlanta, and Denver are just a slight uptick away from the 100%+ level as well.  At the bottom end of the chart is New York which is up just 34% from its lows. 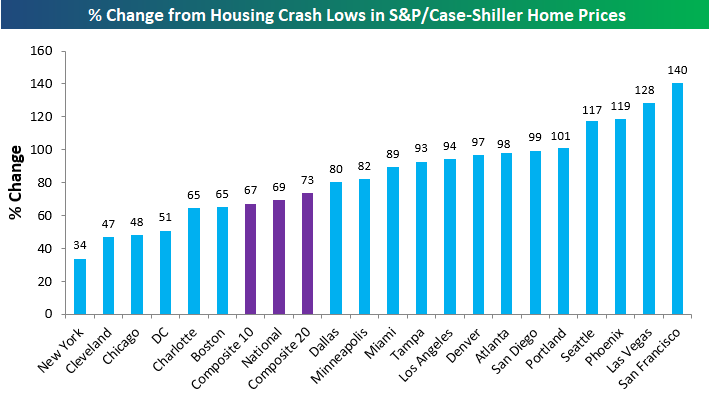 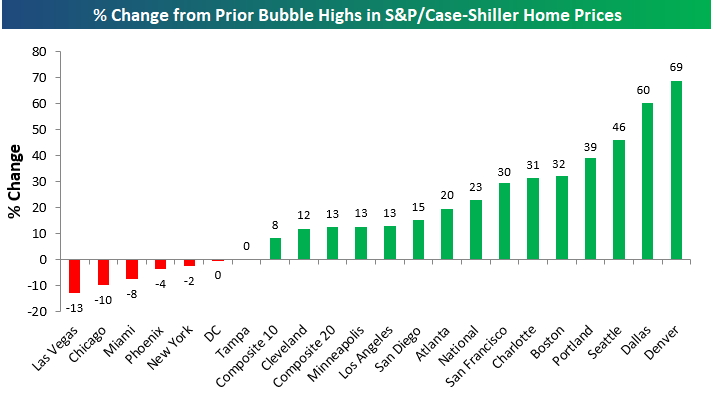 Below we show home price levels by city using S&P/Case-Shiller’s data.  Cities highlighted in green are at new highs.  The Tampa area is the most recent to make a new high above its prior peak in 2006.  Click here to see Bespoke’s premium membership options and start a free trial for instant access to our research and interactive tools. 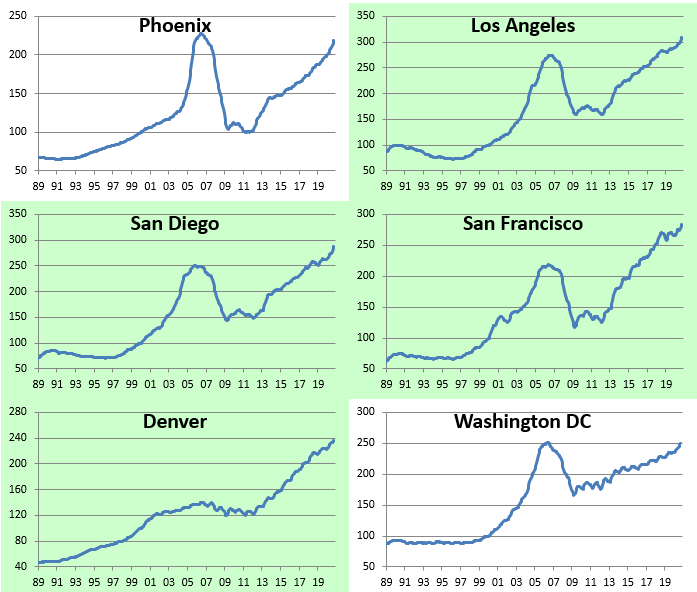 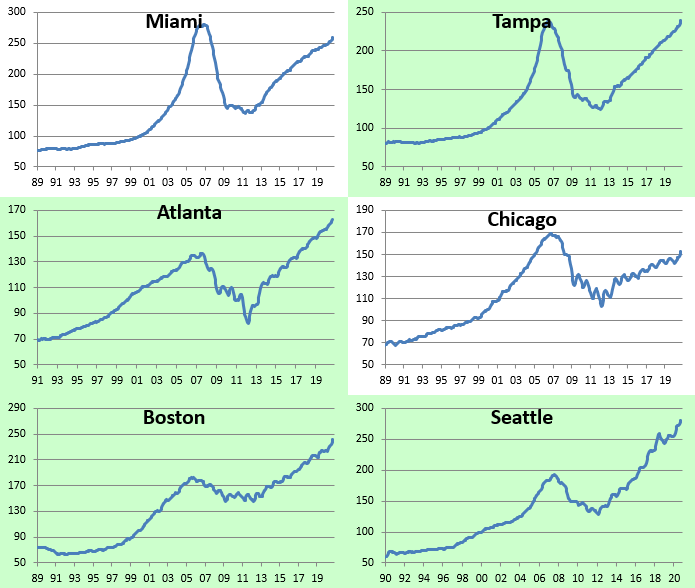 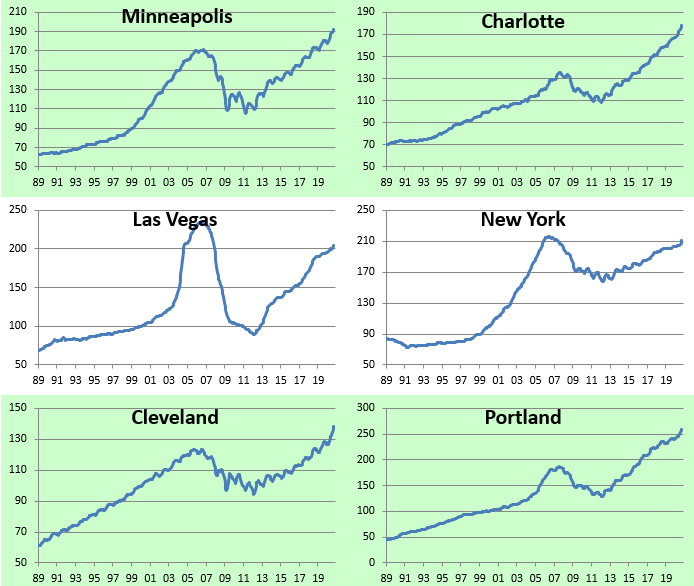 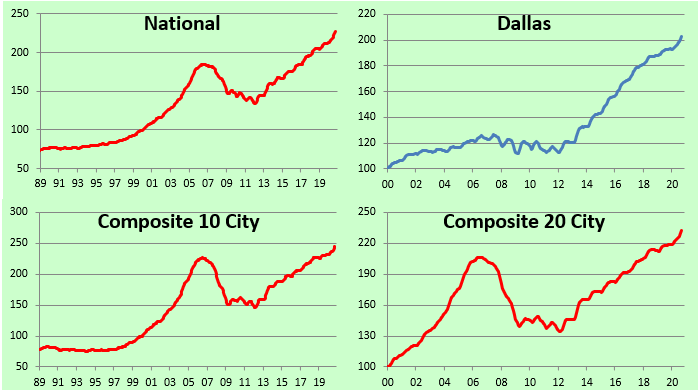